Music composer Rajesh Roshan shared pictures of the family together on his social media. Hrithik Roshan's rumoured girlfriend Saba Azad was also seen in the picture.

Actor Hrithik Roshan's rumoured girlfriend, actress Saba Azad was seen spending time with his family on Sunday (February 21). Hrithik Roshan's parents Rakesh and Pinkie Roshan, sons Hridhaan and Hrehaan, and other members of their family were seen posing for a happy family picture in pictures shared by the actor's uncle and music composer Rajesh.

The family appears to have gathered for lunch. "Hahaha true that chacha!! And you're the most entertaining." Hrithik Roshan commented on the post. "Best Sunday, best family, best lunch!" wrote Suranika Roshan. Azad too commented on the Rajesh Roashan’s post with. "Bestest Sunday."

Dating rumours between the two sparked when Hrithik and Azad were seen walking out of a Mumbai restaurant holding hands in January. Neither of them has mentioned the other or confirmed that they are dating. 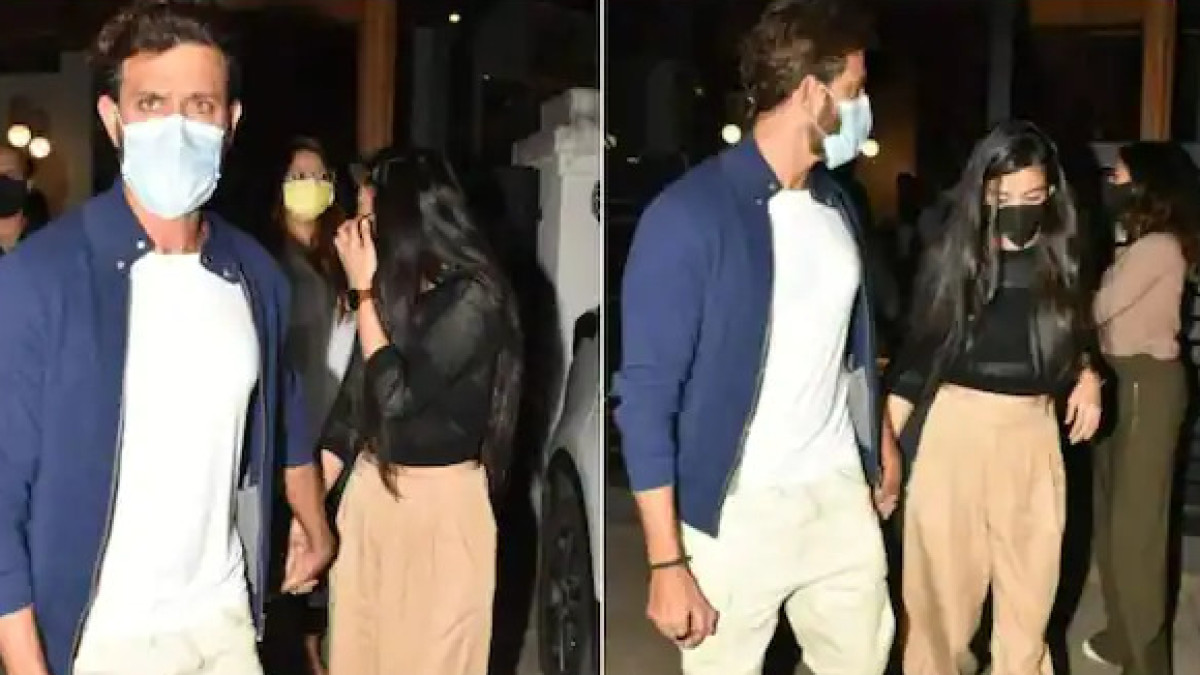 Azad has previously been seen bonding with Hrithik Roshan's ex-wife Sussanne Khan. Khan revealed earlier this month that she had attended a concert hosted by Saba and her musical partner, ex-boyfriend Imaad Shah, for a gig. Khan shared a photo of the two performing together and bestowed love on Azad.

On the work front, Hrithik Roshan was last seen in 2019's 'War'. Azad is a singer-actor who was last seen as 'Pipsy' in the SonyLiv series 'Rocket Boys'.