The company has also elevated the position of YS Kim, who is a veteran leader in the industry by expanding his portfolio to head sales, Direct-to-Consumer (D2C), and charging network segments in the company

The centre will have capabilities to develop complete packages of battery pack design, fabrication and testing under one roof, the company said in a statement

According to industry data, sales of electric-powered vehicles grew 207.66 per cent in July 2022 over July 2021, with Tata Motors leading the pack, followed by MG Motors

The penalty has been imposed in exercise of powers vested in RBI under Section 30 of the Payment and Settlement Systems Act, 2007 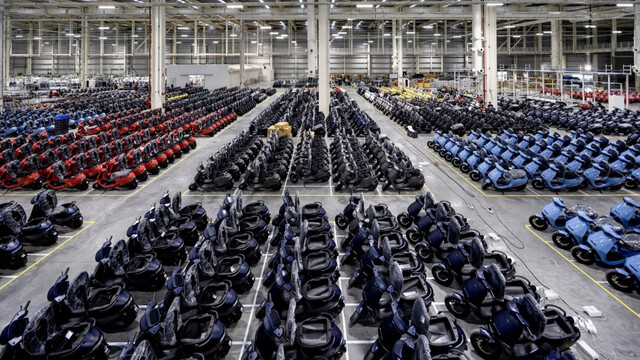 Earlier this month, Ola had announced an investment of $500 million (about Rs 4,000 crore) to set up a cell research and development facility in Bengaluru

As part of its broader electrification push, the firm plans to invest in companies with advanced cell and battery technology, alongside the 50 Gwh battery plant.

Ola Electric needs 1,000 acres of land to set up its cell gigafactory and electric car factory which is expected to attract an investment of Rs 10,000 crore

Ola Recalls Over 1,400 E-Scooters: What's Causing EV Accidents, What Is The Way Forward?

Ola’s recall has followed Okinawa Autotech's recall of over 3,000 units and Pure EV's recall of around 2,000 units.

The company said its investigation into the fire incident on March 26, in Pune, is ongoing and a preliminary assessment found that it was an isolated one.

The government had last year finalised a programme to incentivise companies to make battery cells locally as it looks to establish a domestic supply chain for...

Ola Electric To Open Next Purchase Window For S1 Pro Scooter On Mar 17, 18

The Bengaluru-based company said it is also bringing an exclusive special edition colour ‘Gerua’, in a beautiful glossy finish

In September last year, Ola Electric had announced raising a similar amount in funding from Falcon Edge, Softbank and others that had valued the company at $3...