Hombale Films ‘Kantara' wins big at the global box office with a gross collection of 305 crores while the Hindi version continues to rake in moolah. It's happy birthday Mollywood star Prithviraj Sukumaran on Sunday and what better way to wish him than introduce his look in the forthcoming film? That is precisely what the makers of highly anticipated 'Salaar' have done.

Actor Ramya Krishnan says her short stint in Bollywood made her evaluate her choices as a performer and pushed her to divert her attention towards the South film industry. 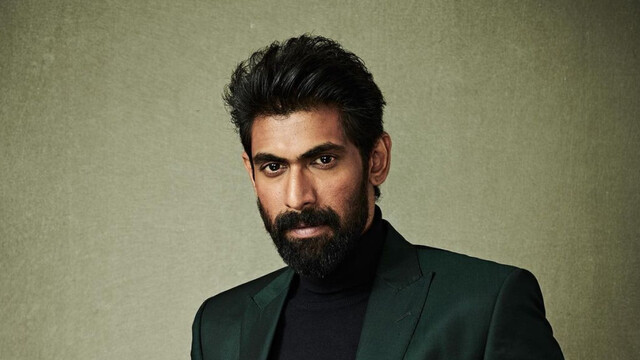 On National Grooming Day on Friday, actor Rana Daggubati has shared some simple and quick tips for men to bring their best face forward. He says that for him, washing the face at least twice a day followed by moisturising... Pan Indian star Rana Daggubati, who is best known for his role in S.S. Rajamouli's 'Baahubali', is set to collaborate with three other producers to jointly produce two films. All four producers of the Telugu film industry -... Director S S Rajamouli's proteye Ashwin Gangaraju, who assisted his mentor in 'Eega' and 'Baahubali' (both parts) and is best known for directing 'Aakashvani' in 2021, is to direct the magnum opus '1770', which will be based...

Prabhas: Despite OTT Releases, A True Movie Lover Will Watch Great Movies At Theaters Only

Star Prabhas, who was at the pre-release event of the upcoming Dulquer Salmaan-starrer 'Sita Ramam', spoke highly of the movie and the entire film industry.

Just when Telugu films were making waves by breaking one record after another, trouble seems to be brewing in Tollywood.

7 Years Of 'Baahubali': Throwback To Physique Transformation Goals Of Prabhas

When it was released in 2015, director Rajamouli's magnum opus 'Baahubali: The Beginning' became a national phenomenon. Apart from the massive box office...

The 'darling' actor Prabhas has completed 20 years in the Indian film industry.

'KGF: Chapter 2' has crossed the box office collection of 'RRR' and has become the second highest grossing film behind 'Baahubali 2'.

The second installment of the 'KGF' franchise released worldwide on April 14 in theatres.

Actor Prabhas got injured during the shoot of 'Saaho' and was advised to get knee surgery done. He is finally going in for it and will be out of action for a...

'RRR': Trade Experts Open Up On The Buzz Around SS Rajamouli’s Period Drama

‘Radhe Shyam’ actor Prabhas, who left for Spain for a vacation, underwent surgery in the country for an injury which he received while shooting...

Prabhas Wants To Get Married, Says It Will Happen At The Right Time

The actor is gearing up for the release of his upcoming film 'Radhe Shyam', which also stars actress Pooja Hegde.

How The Success of 'Kshanam' Changed Adivi Sesh's Life

The actor's Telugu blockbuster film completed six years of it's release on Saturday (February 26), a film which is still very close to his heart.