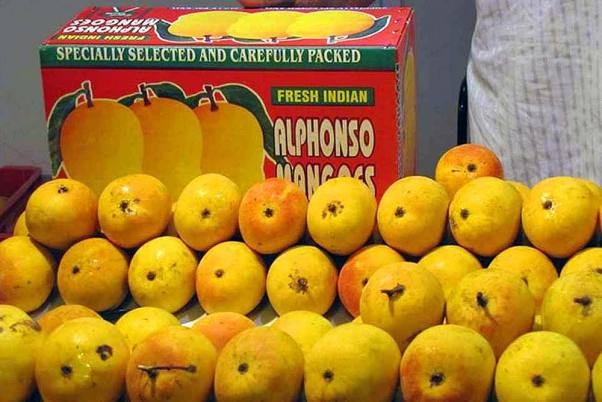 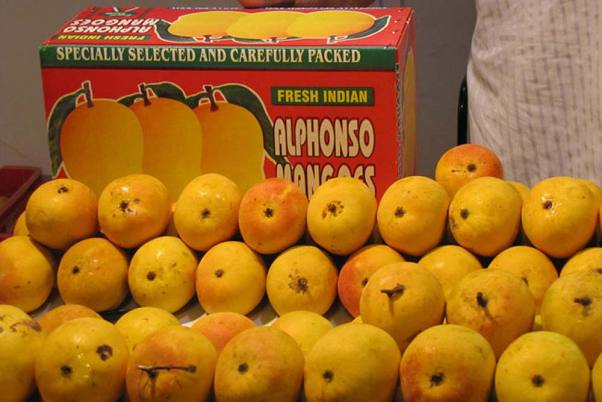 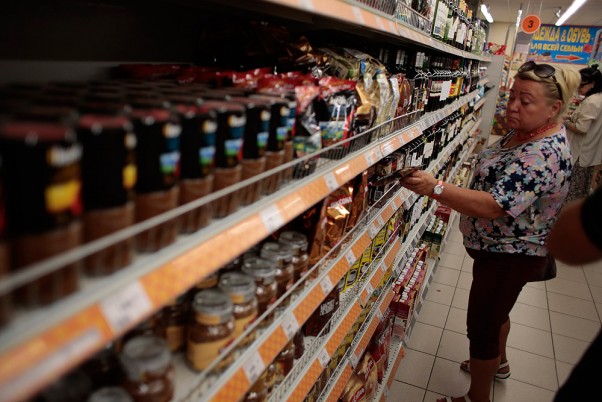 A woman chooses sweets at a counter with imported food stuffs at a supermarket in downtown Moscow. The Russian government has banned all imports of meat, fish, milk and milk products and fruit and vegetables from the United States, the European Union, Australia, Canada and Norway, Prime Minister Dmitry Medvedev announced. The move was taken on orders from President Vladimir Putin in response to sanctions imposed on Russia by the West over the crisis in Ukraine. The ban has been introduced for one year.

Theatre artists participate during a protest...