Urdu No More Official Language Of Ladakh | Will It Divide Muslims, Buddhists?

After the Ladakh government dropped official status of Urdu language and removed its mandate for government jobs, people see it as a decision to create rift between Kargil and Leh and also create a rift between Muslims and Buddhists.

The administration in the Ladakh region has removed the official status of the Urdu language and dropped it as eligibility from job requirements in a key revenue department of the Union Territory. While the BJP MP from the region is hailing the move and has released his message describing the government decision as a welcome step, many politicians see the decision beyond language.

They say it is a decision to divide Kargil and Leh and also create a rift between Muslims and Buddhists.

The administration of Ladakh last week removed the mandatory requirement of knowledge of Urdu for recruitment into various government jobs in the revenue department. The official notification issued by the government made ‘Bachelor’s degree from any recognized university the mandatory requirement instead of ‘Knowledge of Urdu along with Bachelor’s degree for the several posts in the revenue department.

Threat Has 'By No Means Reduced': Army Chief On Eastern Ladakh Stand-off

BJP MP Jamyang Tsering Namgyal was quick to express happiness over the development. He tweeted, “Now Urdu is no more a compulsory language for the recruitment in Ladakh Revenue Department. True freedom from psychological colonialism of #Art370 as well as liberation from the imposed Urdu language by Kashmiri rulers over Ladakh.”

In his video message, the MP says many people in the region are unknown to Urdu and its continuation as an official language was discriminatory.

He argues Urdu was not a native language of any of the communities in the region whether they were Buddhists or Muslims or any other. 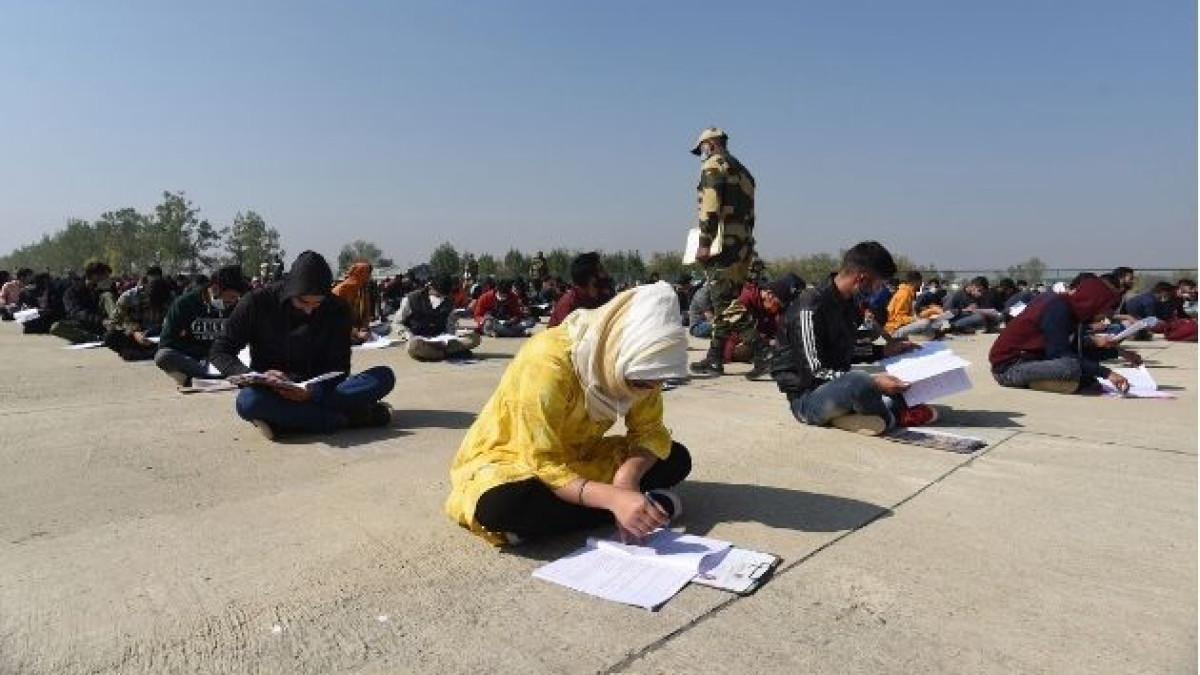 Ladakh Buddhist Association also appreciated the amendment in revenue recruitment rule by excluding Urdu as a compulsory language. The LBA insisted that in the police service option of Hindi and English language be given instead of Urdu.

The region’s senior politician Asgar Ali Karbali, who is co-chairman of Kargil Democratic Alliance, a grouping of different religious and political bodies of Kargil, sees the move beyond Urdu language and says the BJP wants to create misgiving among different communities in the region by coming with such issues.

Sajad Kargili, another politician from the region says they have written to the Prime Minister seeking his intervention in the issue.

The letter to the PM says Urdu was introduced in Ladakh as one of the official languages by the then Dogra Ruler Maharaja Pratab Singh in 1889. “Under the Dogra regime, the First Settlement Operation was conducted in the Ladakh, Baltistan and Gilgit Wazarat. Urdu was made medium of teaching in schools by Maharaja Hari Singh and Urdu is the medium among the ethnicities in the region and lingua-franca among locals and outside traders,” the letter reads.

Karbali says a wrong impression is being given that language belongs to Muslims and it was imposed by Kashmiri rulers after 1947 and it has something to do with Article 370.  He says though Urdu is not the native language of even Kashmiris, it has remained the language of communication in the region for centuries.

Karbali says the BJP has a habit of linking everything to Article 370. “Mr Namgyal referred to Article 370 but the same MP is seeking guarantees of Article 370 like under Sixth Schedule of the Indian Constitution. They have either confusion or they want to create confusion,” Karbali says.

He argues that Urdu was introduced in 1889 replacing Persian as official language to bring Punjabis to the region replacing natives holding various posts. “In 1927 Maharaja Hari Singh later came up with state subject laws to remove influx of Punjabis in J&K and Ladakh following by Dogras and Kashmiri pandits,”  he adds.

He says according to the 2011 Census the number of Urdu speakers in Jammu and Kashmir was a little above 19,000 which is 0.16 per cent of the population. “But Urdu continued as the connecting language of different parts of Jammu and Kashmir where Kashmiri is spoken by around 60 per cent of the population. In the same manner, Urdu has remained connecting language in Ladakh for centuries,”  he says.

He says the move to create the "Urdu issue" is aimed at dividing the regions and different communities which are fighting unitedly for the statehood of Ladakh.

On December 14, 2021, BJP Ladakh MP Jamyang Tsering Namgyal raised his voice in the Parliament and demanded constitutional safeguard for Ladakh on the line of Sixth Schedule. He sought protection for land, employment, environment and cultural identity of the region.

“They are doing it in Jammu and Kashmir and the BJP is doing in Ladakh as well. We are not surprised. But they will not succeed in dividing the unity of Kargil and Leh,”  Karbali adds.

On December 13, the Union Territory of Ladakh witnessed an unprecedented strike. The strike call was jointly given by the Apex Body of Leh, a conglomerate of various religious and political organisations of Leh, and the Kargil Democratic Alliance, a grouping of religious and political organisations of Kargil. This was the first such strike in Ladakh’s history where both Kargil and Leh were on the same page.

The Leh Apex Body and Kargil Democratic Alliance seek full-fledged statehood for Ladakh, constitutional safeguards on the lines of the Sixth schedule to safeguard demography, environment and unique culture of Ladakh. They also seek two Lok Sabha seats for the region, a Rajya Sabha seat and a filling up of 10,000 to 12,000 vacancies to overcome unemployment in the region.

After the abrogation of Article 370 and Ladakh becoming a separate Union Territory, it was assumed that the Ladakh region got a solution for all its problems. However, the region’s intellectuals and the politicians have been repeatedly raising concern over the demography, land and unique culture of the region and are saying the statehood with legislature would be able to give them necessary safeguards. The region’s politicians initially sought Sixth Schedule but gradually they have scaled the bar and are calling for complete statehood for the region.

On January 23, 2021, Namgyal had written to Home Minister Amit Shah asking removal of Urdu as the mandatory language for the government jobs Ladakh, calling Urdu an alien language that was “brutally imposed on the people of Ladakh by the then rulers of the erstwhile state of Jammu and Kashmir.”