While working on small pieces of square cloth in the art and craft class at school where she first learnt the embroidery technique of Chamba rumal, Lalita Vakil then only a teenager, did not know that she would be winning a Padma Shri one day for her craftsmanship in ancient  Himalayan embroidery. She has been practising the craft for five decades.

Chamba rumal (handkerchief) is a 17th-century art promoted primarily by women of Chamba’s royal family for dowries as an important gift, was also a dying art, though a fascinating miniature work on the fabric.

“I was married at 15 and this proved to be a blessing in disguise for me as my husband was associated with Sir JJ School of Art, Bombay. My dreams found wings as I decided to take this art form to a new height, as I look back at my 50 years' journey with chamba rumal," says Lalita Valik, who has been awarded the prestigious ‘Padma Shri’ for taking this traditional art form to great heights. 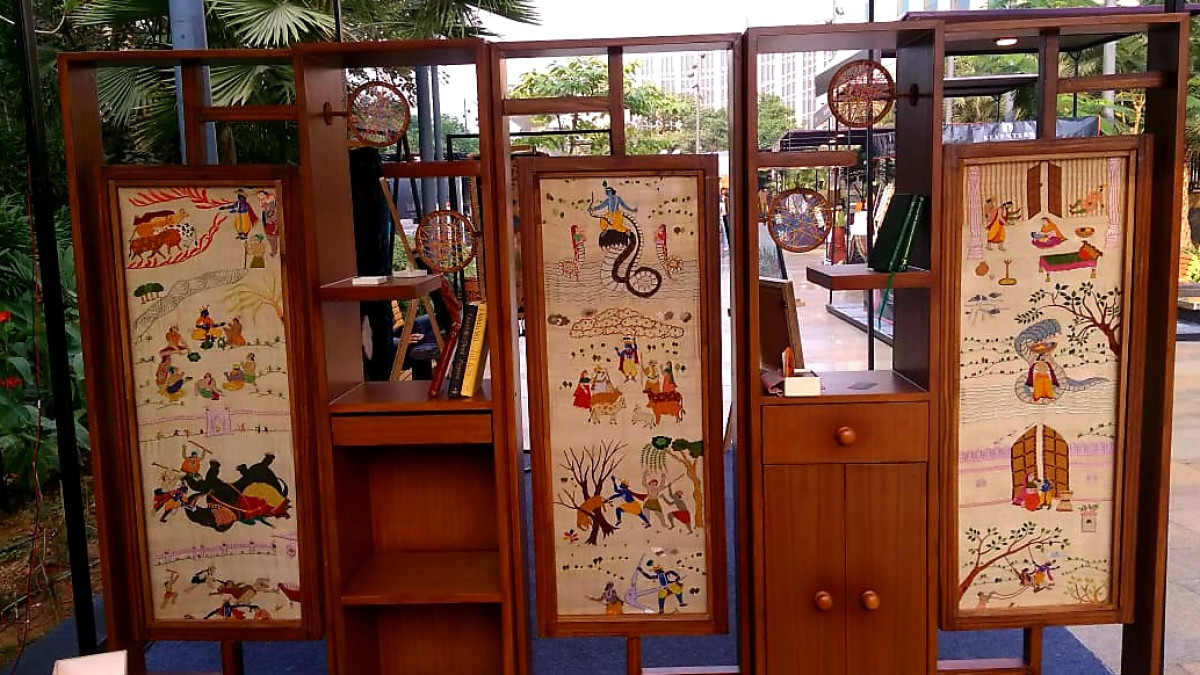 Lalita recalls how her father-in-law, a native of Chamba, recognised her latent and intricate designs on chamba rumal and told her to train local girls and women, who could also make their livelihoods from embroidery. This had also helped her in the drive to revive the dying art.

“I used to bring home local girls, train them to get paid small incentives of Rs 10 or 15 per month from the Chamba Deputy Commissioner. There was no other support for such efforts. Yet through this effort, I managed to create a wider network of trained girls, who gradually mastered the art of making chamba rumals,in all forms of designs and embroidery works” she told Outlook.

By now, Lalita has trained hundreds of women, a few of them in their third generation. She runs free of cost training courses and keeps experimenting with new forms of Chamba embroidery.

“I was the first woman who introduced silk in creating larger masterpieces of chamba rumal in place of small rectangular handkerchiefs. I kept the basic embroidery intact but successfully created a few live images. These have been my most admired works, which I took to several handicraft exhibitions held abroad and within the country. My best work –a local wedding scene in  5 inch X 3 inch is at display at INA Delhi Metro station” she informs. 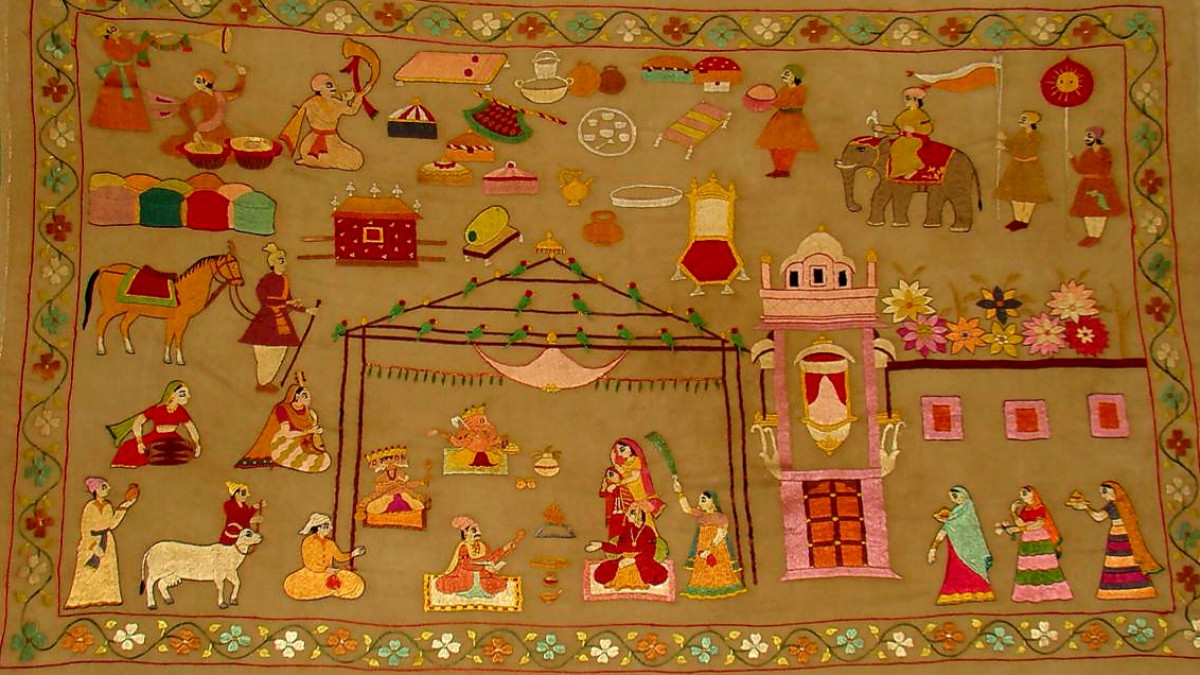 Rakesh Kanwar, secretary, Language, Art and Culture (LAC) terms Lalita Vakil as one of the greatest woman master craftspeople of Himalayan embroidery, who has worked tirelessly to conserve, preserve and promote chamba rumal. The embroidery is also included in the list of handicrafts and local heritage products from Himachal Pradesh, having Geographical Indications (GIs).

He says, “There are countless awards and recognitions to her credit including Shilp Guru, Nari Shakti Award and National Award (in 1993 by then President of India Shankar Dayal Sharma) for which she has made several new innovative pieces of chamba rumal."

The embroidered handicraft has uniqueness as it has the distinction of double-sided designs on silk in its finest forms.

Lalita Vakil says she has also travelled to different institutes like NIFT Delhi and Kangra to impart training to young girls for a pan India presence of chamba rumal Embroidery.

Asked about her mission in life, Lalita says she was doing in-depth research on traditional and contemporary embroidery of hills to create a memorable masterpiece for the generations to remember her contributions.