Pointing out that the rural India is urbanising rapidly, the NITI Aayog CEO said there is a need to push electric vehicles in smaller cities also

Plug-in for the Planet!

The world decided to combat global warming at the Paris Agreement under the United Nations Framework Convention on Climate Change (UNFCCC), to switch from internal combustion engine (ICE) vehicles to electric vehicles (EV)...

The new manufacturing unit will be a fully-integrated electric two-wheeler plant that will be operational from March 2023, the company said in a statement India Aims To Be Self-Reliant In Energy Sector In 25 yrs: PM Narendra Modi

It is our goal that India becomes Aatmnirbhar for its energy needs in the next 25 years of Amrit Kaal, said Narendra Modi.

EV Startup River Raises $11 Million In Series A Round

Chris Sacca's Lowercarbon Capital led the funding round, which saw the participation of Toyota Ventures With the launch, the company aims to serve inter-city, intra-city, staff transportation, school segment among other sectors, according to company officials goEgoNetwork started in 2019 with the belief that EVs are a force of change for a sustainable tomorrow. The decision to launch goEgo was strengthened by an insight that most EV infrastructure companies were either corporate... 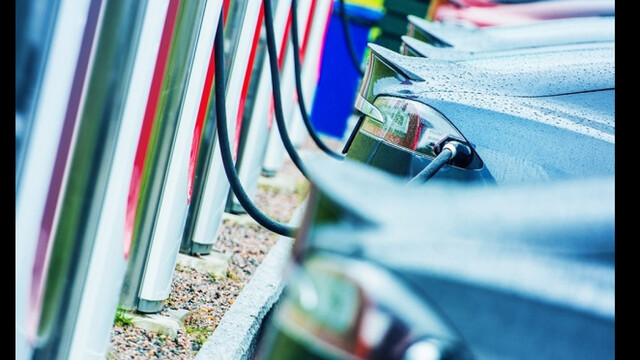 The company said it has invested around $12 to 15 million in the new product, which aims to cater to domestic and overseas markets demand.

Pune based VTRO Motors private limited co-founded by the successful entrepreneur Dr. Heramb Shelke is tapping into the growing electric two-wheeler market in...

Dr. Heramb Shelke: Restaurateur To CEO Of An EV Company

Dr. Shelke, a visionary and a tech enthusiast with a strong track record in operations and management is also the CEO of VTRO Motors private limited, a...

The Road Transport and Highways Minister also acknowledged that the country's EV industry has "just started" and emphasized that the government does not want...

No problem In Tesla Producing EVs In India But Must Not Import Vehicles From China: Nitin Gadkari

Hero Electric Partners With EVIFY To Deploy 1,000 Electric Scooters In Next Two Years

As per the partnership, Hero Electric will deploy 1,000 electric scooters to EVIFY in the next two years. The first 50 units are already in production and will...

The company said its investigation into the fire incident on March 26, in Pune, is ongoing and a preliminary assessment found that it was an isolated one.

Over the past four weeks, six EV explosion incidents have taken place, with the latest being on Tuesday, which claimed the life of an 80-year-old man.