Officials say two people were detained after their drone flew near the Raj Bhavan, a designated 'no-fly zone' in Jammu while covering a wedding on Monday.

On Saturday, the girl's parents approached local police who arrested the five men, in the age group of 19 to 33 years, and detained the juvenile the same day, he said. During a press conference at Wadegaon village in Akola district on Thursday, Gandhi criticised Savarkar alleging that he had helped the British rulers and written a mercy petition to them out of fear.

Farmer leader Rakesh Tikait, who is also the national spokesperson for the Bharatiya Kisan Union (BKU) and a prominent face of the Sanyukt Kisan Morcha (SKM), alleged the Delhi police was working at the behest of the Centre. The arrests were made during checking at the international border, said an official. Activist Sandeep Pandey, Others Detained For Taking Out Solidarity March For Bilkis Bano

Gujarat: Social activist Sandeep Pandey and 10 other activists were detained at around 4 pm on Monday. 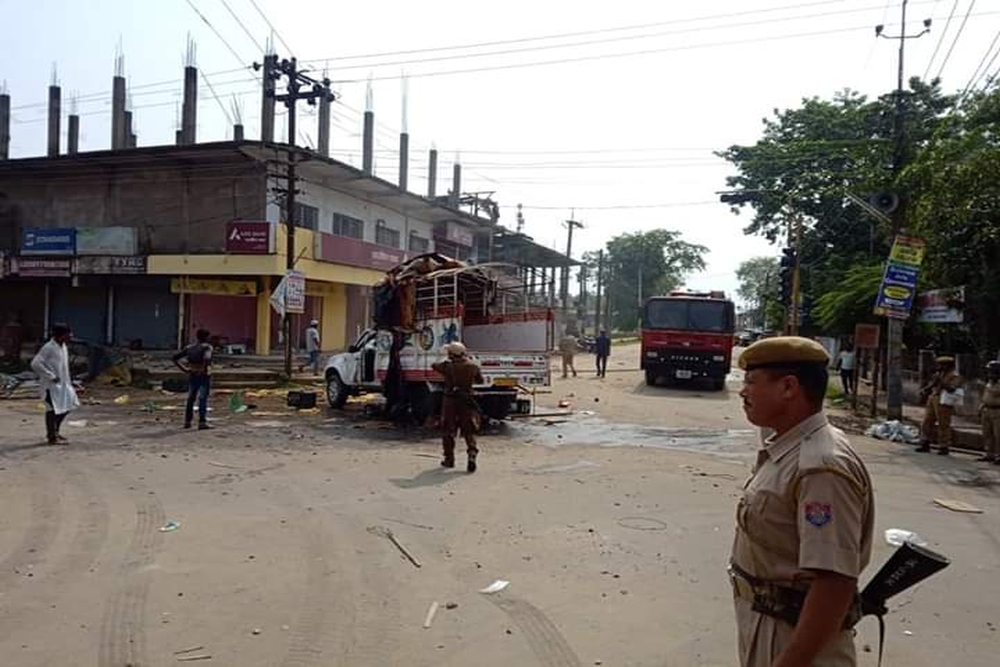 Gujarat communal clashes: On Sunday, Himmatnagar town had witnessed violence, stone-pelting and clashes between two communities after stones were hurled on a Ram Navami procession.

Charity worker Nazanin Zaghari-Ratcliffe remains at her parents' home in Tehran, said Tulip Siddiq, her local lawmaker in the UK.

UP Election 2022: Akhilesh Yadav Complains He Is Not Being Allowed To Go To Muzaffarnagar

Uttar Pradesh Elections 2022: Samajwadi Party president Akhilesh Yadav alleged his helicopter has been detained in Delhi without any reason, while he is not...