Hosts India crashing out of the AFC Women's Asian Cup 2022 has been the biggest heartbreak. The question is, are we really prepared to handle COVID-19?

Hosts India were left with no other option but to withdraw from the AFC Women's Asian Cup 2022, which also serves as a qualifying tournament for the FIFA Women's World Cup 2023, following a COVID-19 outbreak in their camp. It came as no surprise though as many sporting events in India and elsewhere have witnessed postponements and cancellations. (More Sports News)

Even the Olympics, the greatest of them all, was delayed for a year. The International Olympic Committee (IOC) and Japan eventually conducted the Tokyo Games in front of empty stadiums last year -- a feat nothing less than a miracle. And Beijing is the next big stop. Now, China is pulling out all the stops to make sure that their Winter Games are also a success as NeoCov, COVID's latest variant, lurks.

But such success stories are rare in COVID times. Many well-funded leagues, organised and run by very enterprising organisations, have seen abrupt cancellations and postponements. For example, football leagues in Europe continue to have matches either postponed or cancelled.

In India, ISL continues to put up a brave face by continuing with the 2021-22 edition despite multiple bio-security bubble breaches in Goa even as its poor cousin, the I-League in Kolkata got suspended for at least six weeks.

Football has felt the brunt of the COVID attack. ISL and I-League did a good job last season but the 2021-22 season has been challenging. Even the glossy ISL, managed by Football Sports Development Limited, a Reliance subsidiary, has failed to keep the virus at bay. Whatever resources have been assigned to manage the bubbles have effectively gone to waste.

It goes beyond football. The Board of Control for Cricket in India, one of the richest sporting bodies in the world, was forced to move its cash cow, the IPL from India. And the chances of BCCI hosting the IPL 2022 in India are bleak with ever-rising COVID-19 cases in the country.

Also, recent badminton tournaments in the country, the India Open and Syed Modi International, not only witnessed depleted fields but also walkovers due to players getting infected with coronavirus. In fact, the all-French men's singles final of the Syed Modi event in Lucknow was declared a 'no match'. Probably a first, but it won't be the last.

So, enough precedent was there for the All India Football Federation's (AIFF) to take a more cautious approach and probably push back AFC Women Asian Cup. But the AIFF's bravado back-fired. India failed to field a team against Chinese Taipei and had to withdraw from the tournament.

It's true, the World Cup qualifying window is small and the stakes are high for Indian football. But hosting a multi-national event in one of the hotbeds of the pandemic was always going to be a risky affair, as eventually proved.

“Unfortunately, this happened to us despite the best measures put in place, and it is sheer bad luck that it happened to us. Let there be no fingers pointed at any. We need to understand this is a pandemic situation, and no bubble is foolproof around the world,” AIFF president Praful Patel said as he desperately tried to console India's women footballers.

But India did point fingers. The women's team coach Swede Thomas Denerby did the 'job' for AIFF. He dared to take on the continental bosses directly. AFC has not reacted to India's charges so far. 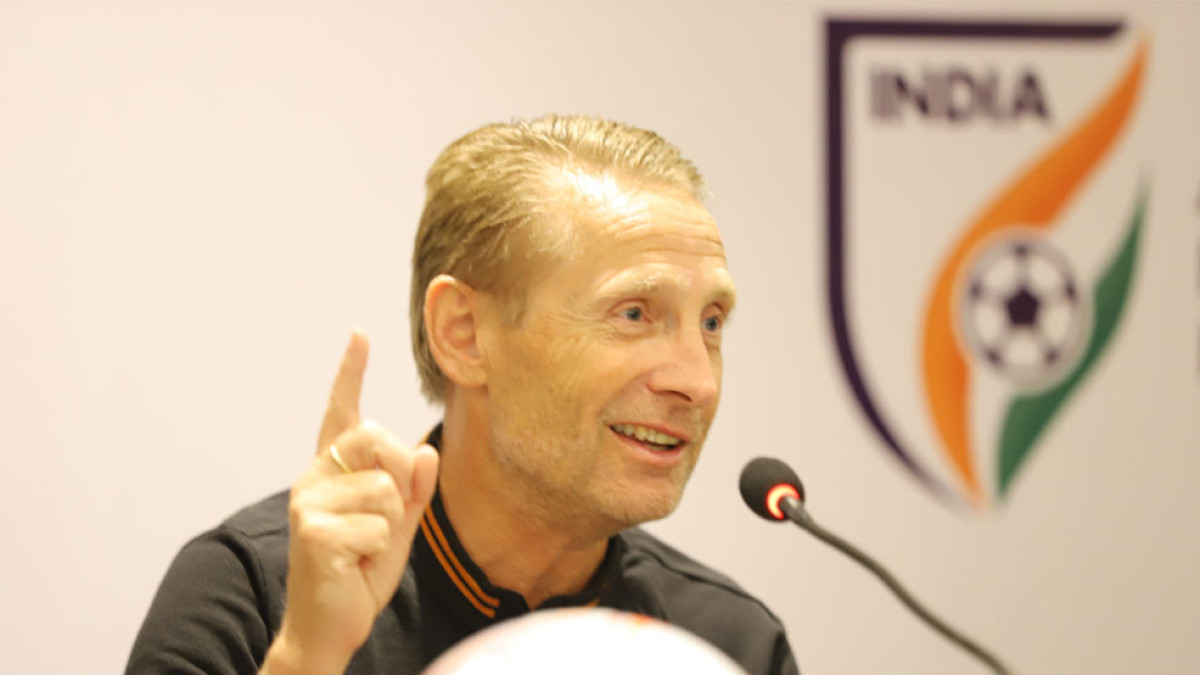 Indian women's football team coach Thomas Denerby blamed the AFC for India's shocking exit from the Women's Asian Cup 2022 in Mumbai due to an outbreak of COVID-19. Photo - AIFF

Denerby blamed the Asian Football Confederation for India's fate but that looked like a lame excuse as it is the hosting association and the local organising committee that manage the bubbles. Interestingly, other nations did well to manage their bib-bubbles and keep their teams relatively safer.

But in reality, the condition is so alarming that boxing great MC Mary Kom has shifted her base from Delhi to Manipur.

"The COVID threat has always been a major concern for me and I remember how terrifying it was in 2020. So, I am thankful to the national federation, the SAI and the Target Olympic Podium Scheme committee for being considerate," she said.

Even the Pro Kabaddi League, which was hailed for its safe bio-bubble, was forced to postponed multiple matches after television production staff and players were tested positive for the virus.

Yet sports continues to battle the virus. The West Indies cricket team is scheduled to visit India for a white-ball series starting February 6. Matches will be played in Ahmedabad and Kolkata. With no sign of the coronavirus going away any time soon and apparently the deadlier NeoCov waiting to strike, organisers could face logistical nightmares.