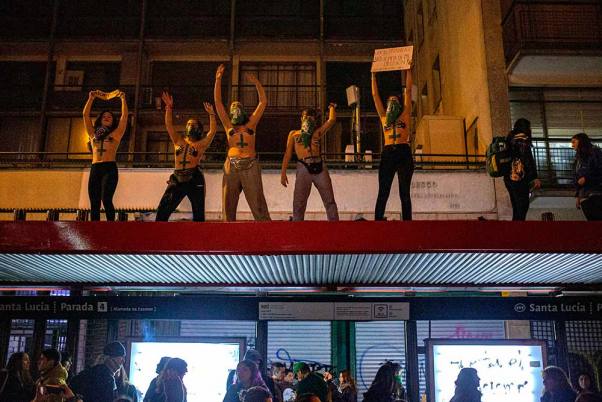 Women stand on the roof of a bus stop shouting slogans in favor feminist movements and against racism during a protest march where protestors called on state authorities to expand legal abortion rights, in Santiago, Chile. 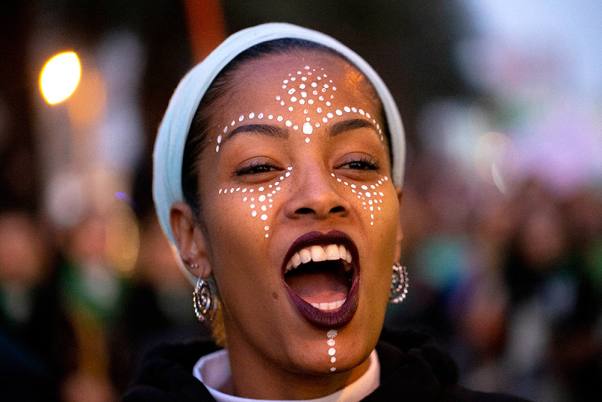 A woman shout slogans in favor feminist movements and against racism during a protest march where hundreds of protestors called on state authorities to expand legal abortion rights, in Santiago, Chile. 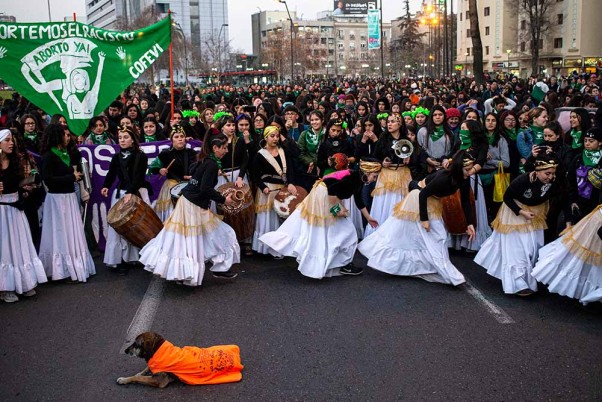 Women dance during a march in favor feminist movements and against racism where protestors called on state authorities to expand legal abortion rights, Santiago, Chile. The event took place under the auspices of International Day of Afro-Latin American and Afro-Caribbean Women. 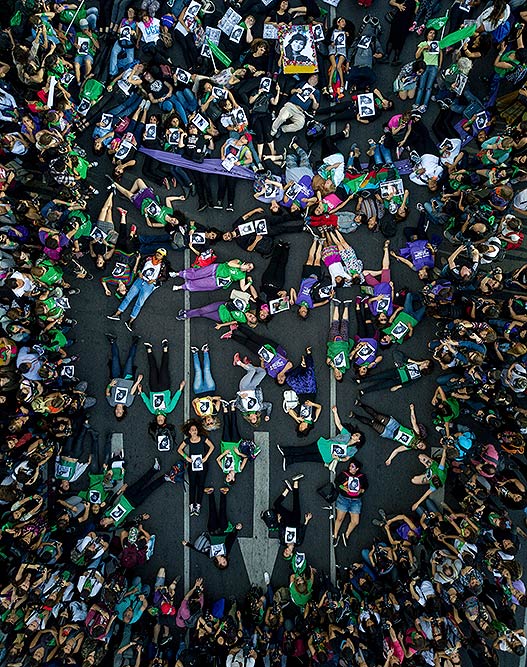 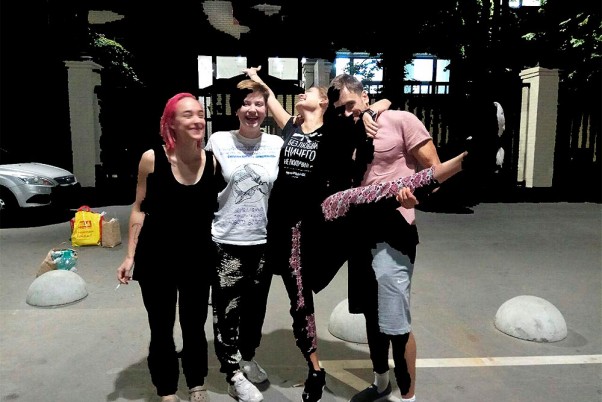 Members of the feminist protest group Pussy Riot pose for a photo in front of a police station after been released in Moscow, Russia. 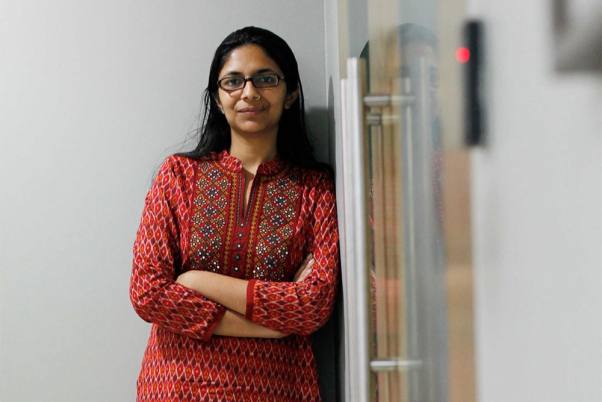 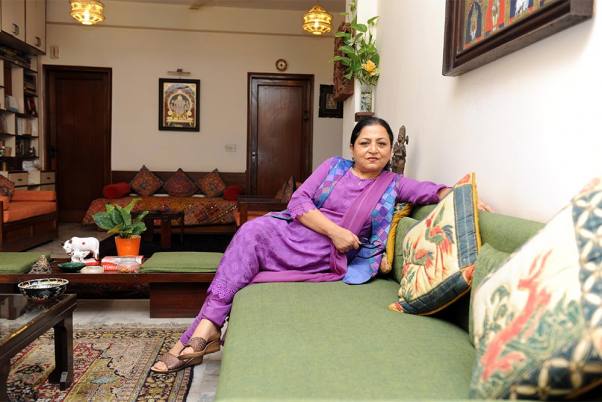 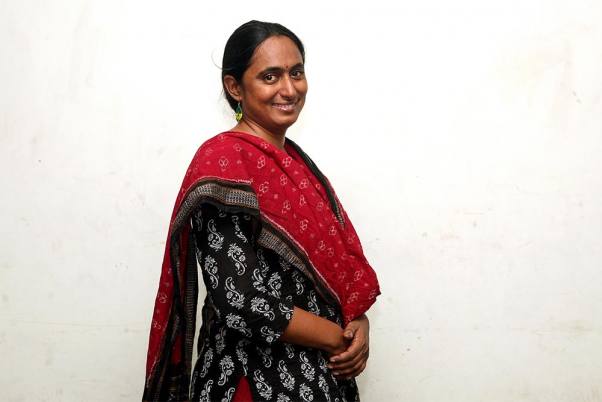 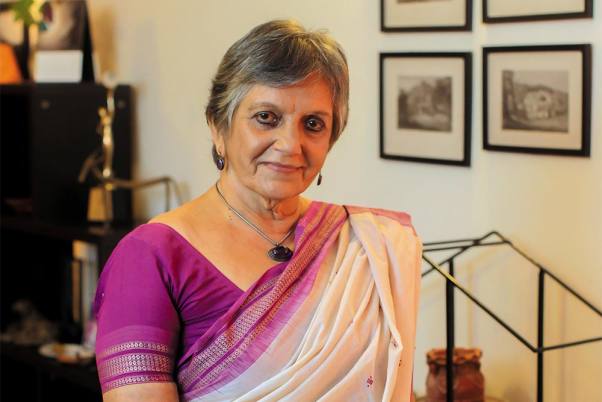 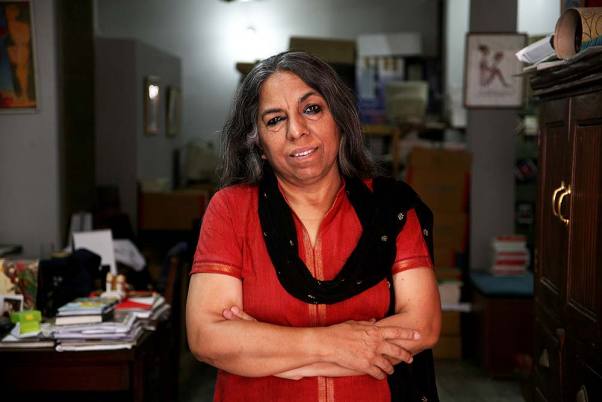 Urvashi Butalia is a feminist and publisher, Zubaan 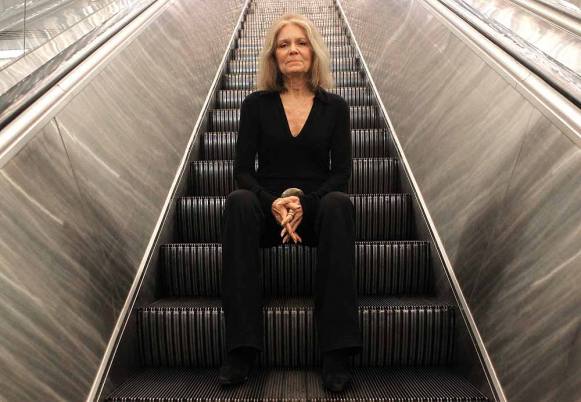 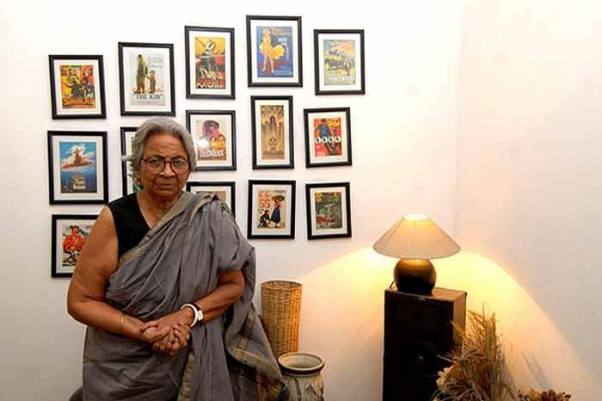 File Photo: Noted academic and a leading figure of India's women's movement, Dr Vina Mazumdar, died early today after a brief illness. 86-year old Mazumdar was suffering from a tumour in her lungs. 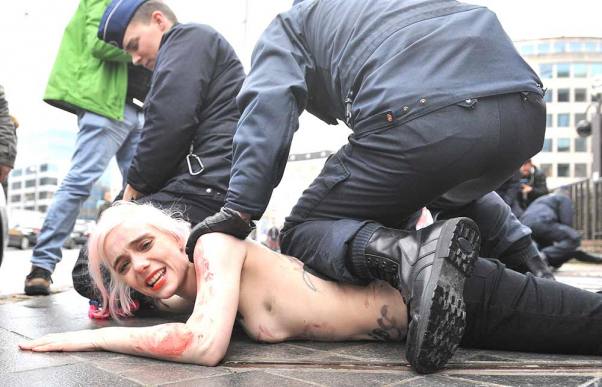 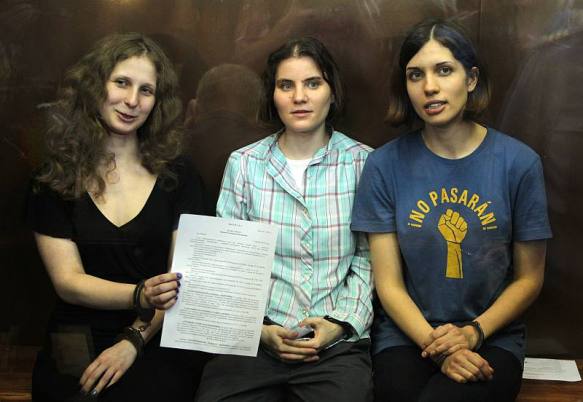 Feminist punk group Pussy Riot members, from left, Maria Alekhina, Yekaterina Samutsevich, and Nadezhda Tolokonnikova show the court's verdict as they sit in a glass cage at a court room in Moscow, Russia. A judge found three members of the provocative punk band Pussy Riot guilty of hooliganism in a case that has drawn widespread international condemnation as an emblem of Russia's intolerance of dissent. 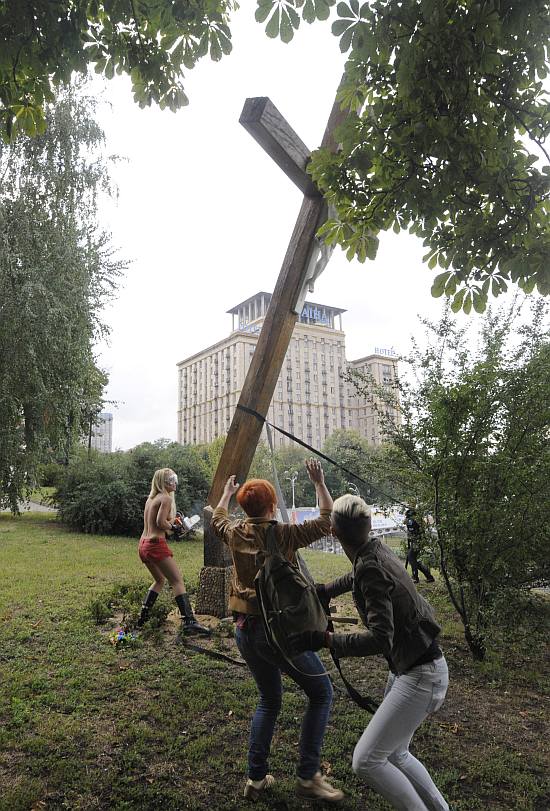 A member of the Ukrainian feminist group 'FEMEN' saws down a cross erected in honor of victims of political repression, as others help pull it to the ground, in protest against the Moscow trial of Russian punk group Pussy Riot, in Kiev, Ukraine.