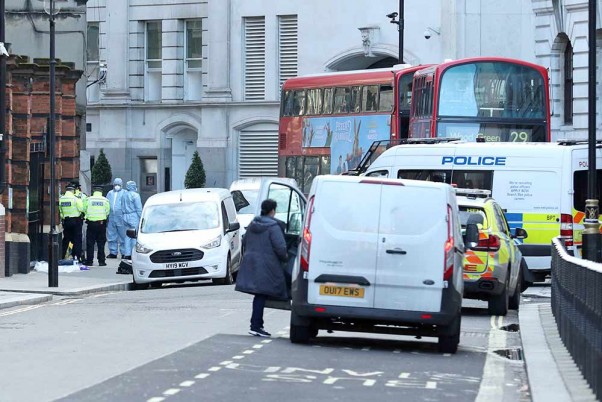 Police activity in Great Scotland Yard, in Whitehall, central London, near the area of an incident, in Whitehall, London. British police say they have shot dead a man who was brandishing two knives near Trafalgar Square in central London. The Metropolitan Police force said that the shooting was not related to terrorism. 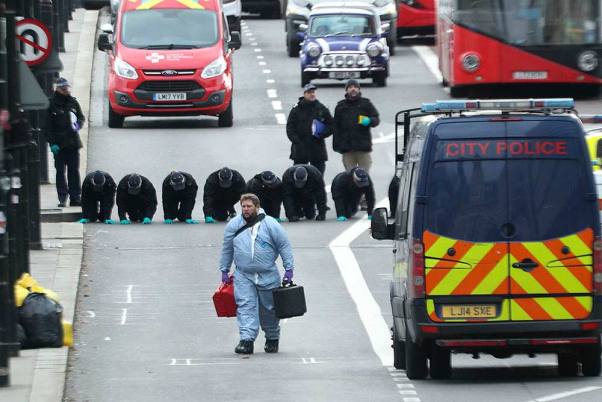 Forensic personnel conduct a fingertip search at the cordoned off area on London Bridge in central London following a terror attack Friday. A man wearing a fake suicide vest was subdued by bystanders as he went on a knife rampage killing two people and wounding others before being shot dead by police on Friday. 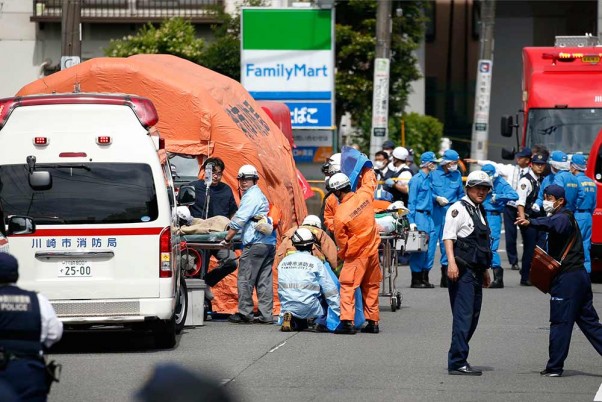 Rescuers work at the scene of an attack in Kawasaki, near Tokyo. A man wielding a knife attacked commuters waiting at a bus stop just outside Tokyo during Tuesday morning's rush hour, Japanese authorities and media said. 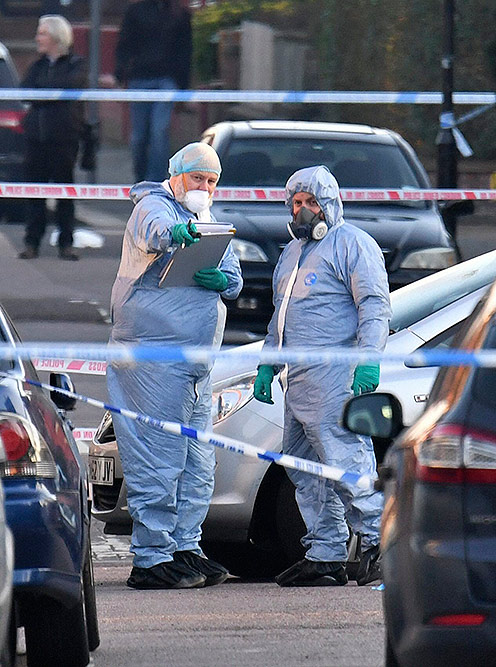 Police forensic officers in the Wood Green area of north London, where two men, believed to be aged 19 and 20, were shot and stabbed by a gang riding bikes. The 19-year old man with stab and gunshot wounds was pronounced dead in hospital Saturday morning. 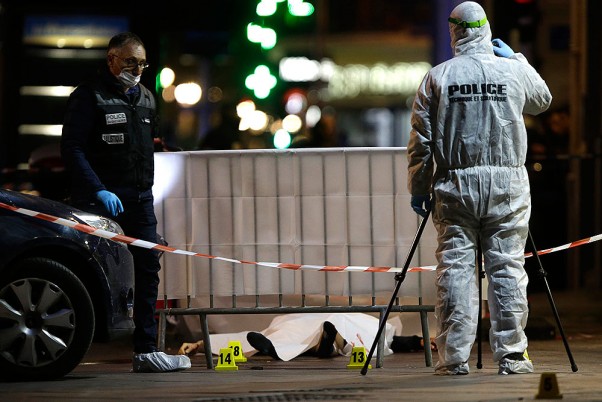 Investigating police officers stand by a dead body under a blanket after a man wielding a knife has been shot dead after attacking several people in a major street in the southern French port city of Marseille. 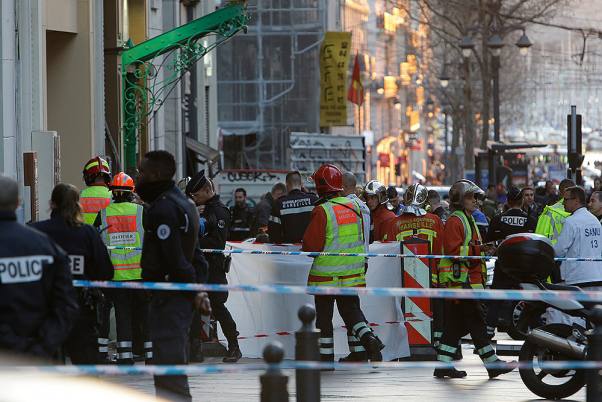 Rescue workers at the site, after an incident, in Marseille, southern France. 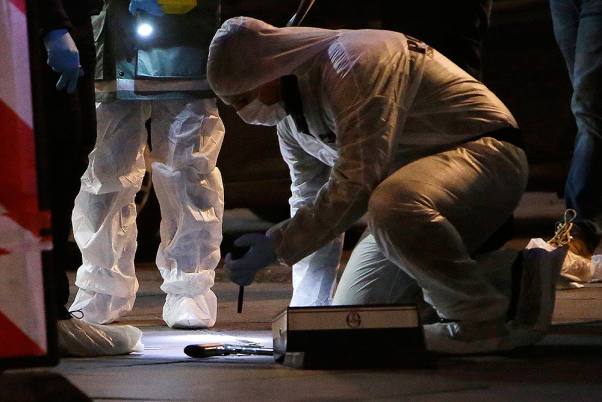 An investigating police officer looks at a gun, after an incident, in Marseille, southern France. 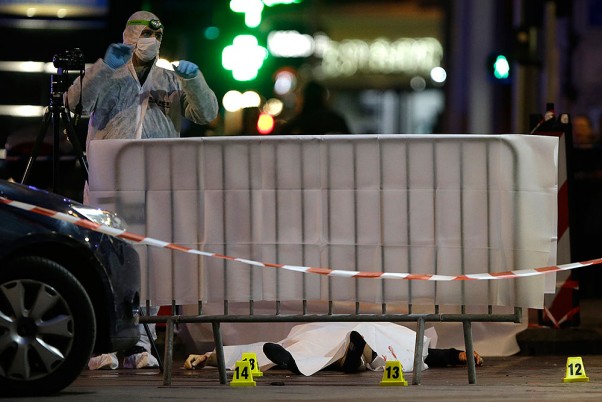 An investigating police officer stands by a dead body under a blanket after a man wielding a knife has been shot dead after attacking several people in a major street in the southern French port city of Marseille. 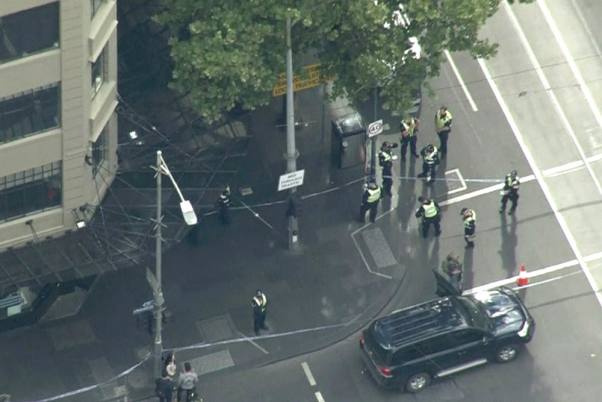 This image made from video shows police on street corner after a shooting in Melbourne, Australia. Police shot a knife-wielding man after he fatally stabbed one person and injured two others in the center of Australia's second-largest city, police said. 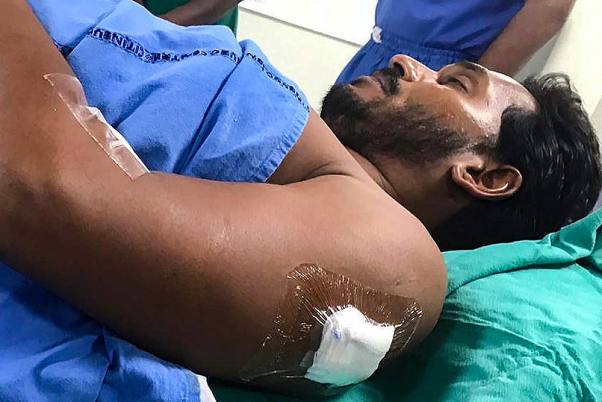 YSR Congress Party Chief Jagan Mohan Reddy, who was stabbed on his arm by an unidentified assailant in the VIP lounge of Visakhapatnam Airport, being treated at a hospital in Hyderabad. 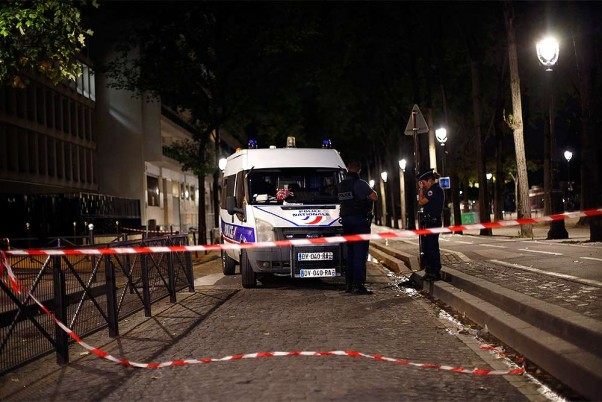 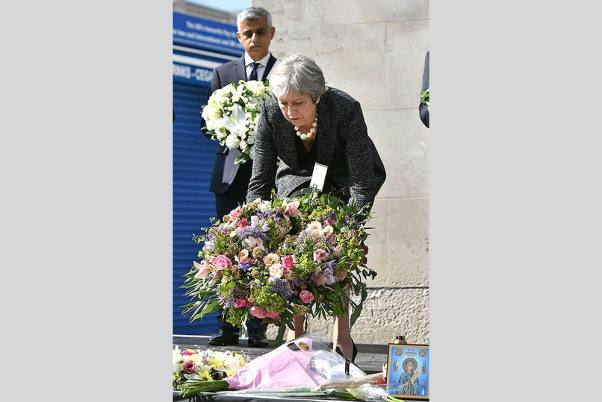 Britain's Prime Minister Theresa May lays flowers as Mayor of London Sadiq Khan looks on at Southwark Gateway Needle on the south side of London Bridge, London ahead of a minute's silence to mark one year since a deadly vehicle-and-knife attack on London Bridge. Britain's resolve to "stand firm" against terrorism is stronger than ever, Prime Minister Theresa May said. 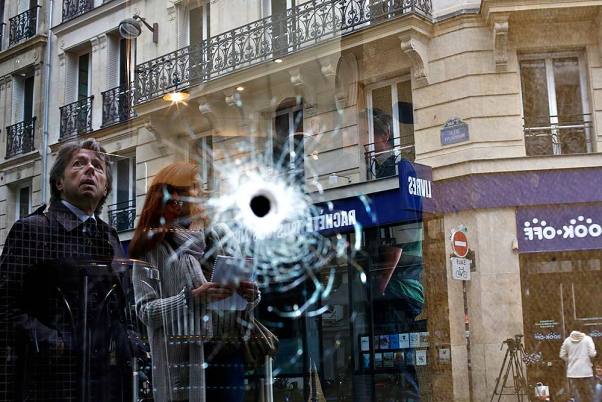 A bullet hole seen on the window of a cafe located near the area where the assailant of a knife attack was shot dead by police officers, in central Paris. The man behind a deadly knife attack in central Paris was born in Chechnya and had been on police radar for radicalism, and his parents have been detained for questioning, French authorities said. 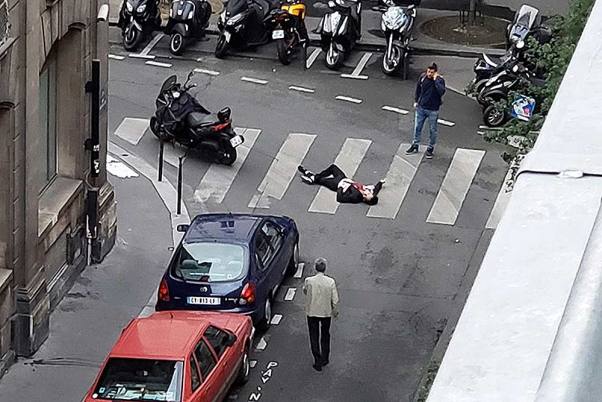 An unidentified man covered in blood lays on a street in Paris, as two people look at him. The image was taken by a bystander who filmed the aftermath of a knife attack in Paris in which a 29-year-old man was stabbed to death and four others injured. The Paris police said the attacker was subdued by officers during the stabbing attack in the 2nd arrondissement or district of the French capital. 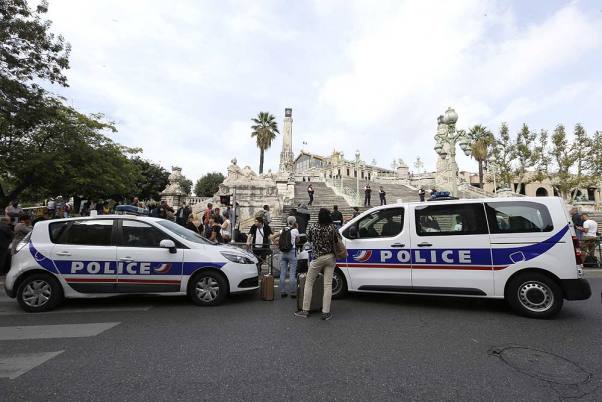 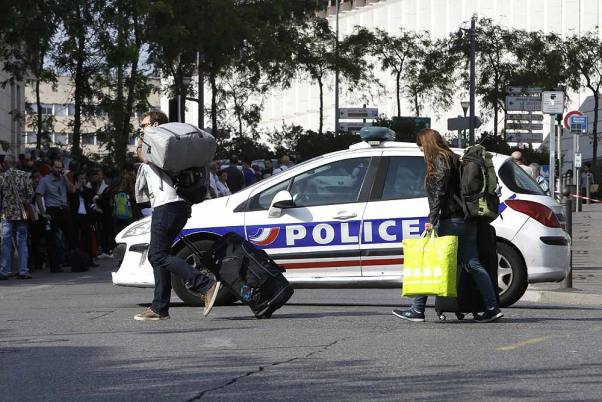 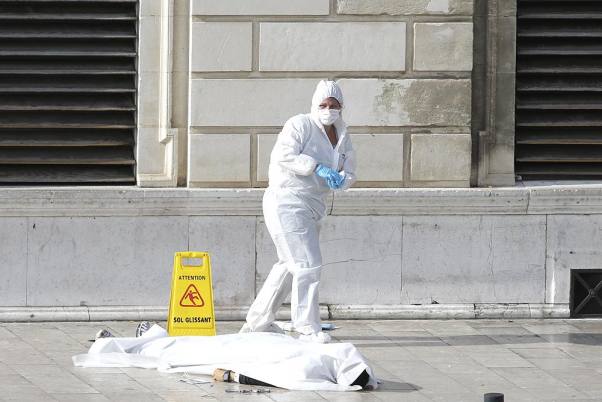