Despite claiming to be apolitical, Gurmeet Ram Rahim has backed parties and people directly and indirectly in previous elections. Ram Rahim's supporters are predominantly Dalit, and the Dera claims to have tens of thousands of adherents across the state.

More from Asad Ashraf
View All

Dera Sacha Sauda's chief Ram Rahim's release on furlough has caused a political furore in Punjab, which is going to the polls in another two weeks. Ram Rahim's supporters are predominantly Dalit, and the Dera has a strong presence in Malwa, which has 69 of the Assembly's 117 seats.

The sect leader is serving a 20-year prison sentence for raping two of his female pupils in his 'ashram' in Sirsa. He was found guilty by a special CBI court in Panchkula in August 2017. In 2019, he was found guilty of the murder of journalist Ramchandra Chhatrapati, and last year, he was again convicted for the 2002 murder of Dera manager Ranjit Singh.

Ram Rahim had been attempting to move out of prison since completing his three-year term so far. However, the district administration had denied his previous requests for parole due to the risk of disrupting law and order. 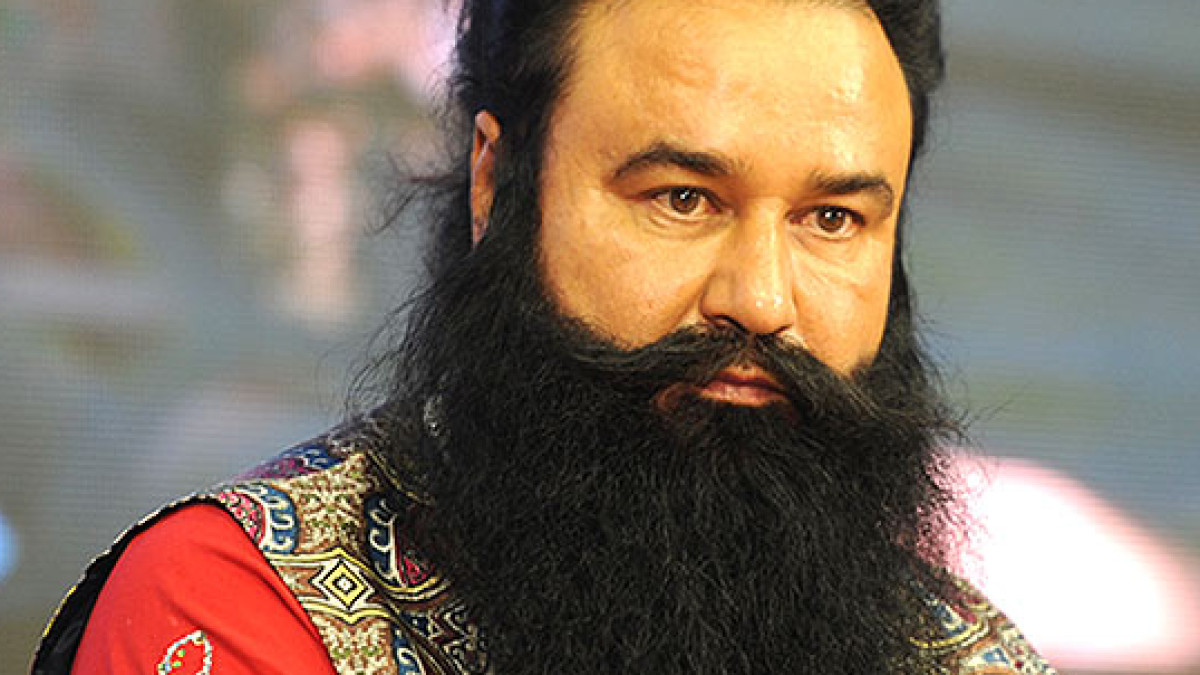 This will be the longest time Ram Rahim will get to spend outside of prison since his conviction. However, as per release obligations, he would be compelled to remain at his Gurgaon residence during the furlough period of February 7 to 27.

Even though the Haryana Chief Minister Manohar Lal Khattar has stated that his release has nothing to do with elections, Ram Rahim's release has sparked outrage within the Shri Gurdwara Parbandhak Committee (SGPC) and Dal Khalsa. Dal Khalsa's general secretary was quoted saying, "Even a layman can understand that it is a design of the BJP to get Dera votes in Malwa where they have an impoverished base. So it is a pre-planned move of the BJP. Now, how will Sikh voters react to it? Only time will tell."

According to Punjab Home Minister Sukhjinder Singh Randhawa, there is no provision in the rules for anyone convicted of moral turpitude, rape, and other grave crimes to be released on parole.

The Dera has been following the state's electoral politics with bated breath and has taken political sides in elections. It has a political affairs committee that meets several times before elections to decide which candidate or party the Dera should endorse. Because of this, Ram Rahim's release just ahead of elections in Punjab has raised several eyebrows. 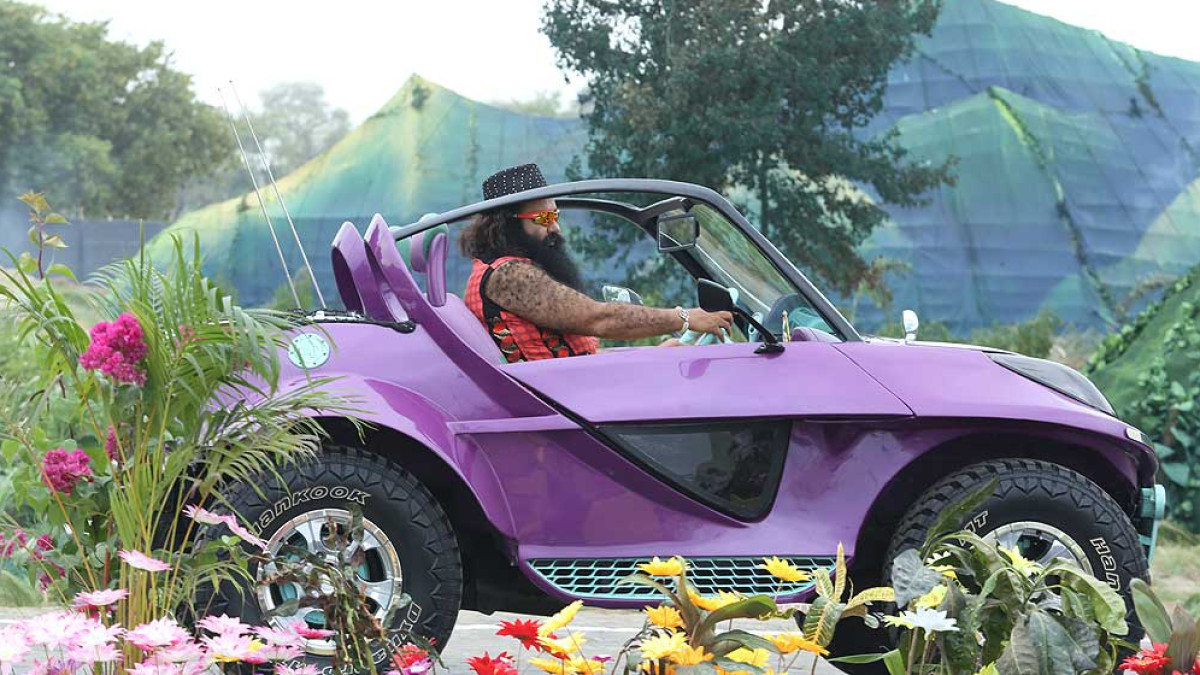 Gurmeet Ram Rahim is known for his 'flamboyance' | File Photo

Though the Dera has yet to publish a statement supporting any political party, it has made it clear that those who have been meddling with the Dera chief and his close aides for various reasons would not be supported. The incumbent Congress government had dispatched a team of senior police officers to Sunaria jail twice to question the sect's leader. The state government's Special Investigation Team (SIT) said that the plan for the sacrilege of the holy scriptures in 2015 was hatched at the Dera headquarters in Sirsa.

Against this backdrop, it's widely assumed that the Dera would favour a BJP-PLC-SAD (Sanyukt) coalition. Accordingly, the BJP has fielded its senior figures for campaigning, including some Union ministers. In addition, the Prime Minister is scheduled to speak at several virtual gatherings across the state.

Despite claiming to be apolitical, Gurmeet Ram Rahim has backed parties and people directly and indirectly in previous elections. Ram Rahim's supporters are predominantly Dalit, and the Dera claims to have tens of thousands of adherents across the state. It has tremendous clout in the Malwa area, which holds 69 of the Assembly's 117 seats. Dalits make up the majority of the Dera's adherents.

Several Dalit organisations have protested to Congress officials about alleged police harassment after Ram Rahim's conviction. Punjab has the highest percentage of Dalits of any state in the country, at 32 per cent. Mansa, Bathinda, Faridkot, Fazilka, Muktsar, Moga, Barnala, and Sangrur are all part of the Malwa belt. A significant percentage of Dera supporters dwell in more than two dozen Assembly constituencies. 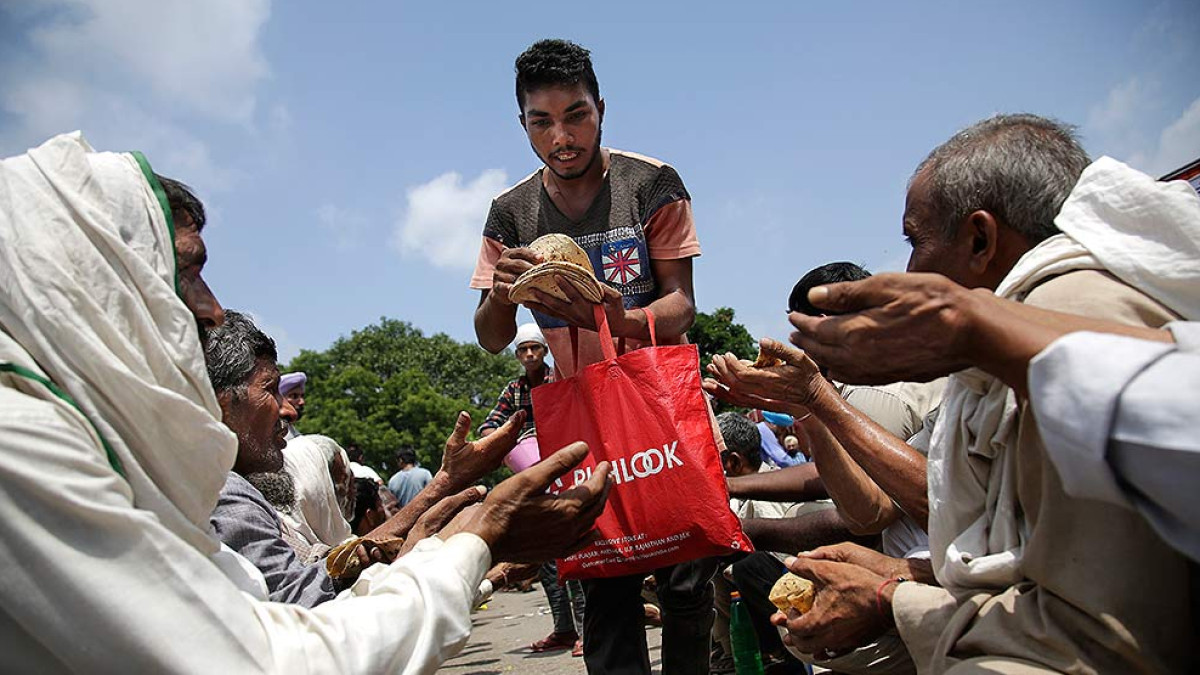 A volunteer distributes rotis among supporters of the Dera Sacha Sauda sect as they squat in a public park near a court in Panchkula. | AP Photo/Altaf Qadri

In this scenario, the outcome of the votes in some of the constituencies in the central Malwa belt could be influenced by any instruction from the Dera's political committee and the Dera chief to its members.

Meanwhile, the Congress has fielded Chief Minister Charanjit Singh Channi, a member of the SC caste, from the Bhadaur seat in the central Malwa district to assure Dalit votes. Channi is also running for the seat of Chamkaur Sahib. The party has already designated him as the CM's face, clearing up ambiguity within and outside the party. The move is believed to significantly influence the SC community, which accounts for around 32 per cent of Punjab's population and has the highest density of Dalits.

However, previous instances of the sect's call's outcome have been a mix in terms of results. For example, Captain Amarinder Singh, the former Chief Minister of Punjab, earned full support from the Dera Sect in the 2002 elections, allowing Congress to form a government.

Dera backed Congress in 2007, but the party could not form a government due to poor results in the Majha and Doaba regions. As a result, Ram Rahim chose to support individual candidates rather than a political party in 2012. The Dera backed the SAD-BJP combination in 2017, but the coalition lost the election, and Amarinder Singh was re-elected as Chief Minister.

In the 2014 Haryana Assembly elections, the Dera threw its weight behind the BJP, functioning as a force multiplier for the PM Narendra Modi wave that propelled the saffron outfit to a clear majority the first time in the state's history.

"His release has left us in a fix. In 2017, he had supported us when we were in coalition with the BJP. Now there is confusion within the party on how to react," said a SAD insider on conditions of anonymity. Publically aligning with Dera will dent into SAD Sikh voters, but we also need the support of Dalit." He adds

Meanwhile, SAD (Sanyukt) spokesperson Maninder Pal Singh Brar has publicly said, "We are against Dera Sirsa head Gurmeet Ram Rahim. We don't know what BJP's strategy was on giving him furlough. But we have no relation with Dera head, and we disagree with the relief given to him."