From its colonial origins to Bollywood and beyond, Shimla remains a town wrapped in romance.

There is a whiff in Shimla’s air. It’s love, pure as a cool breeze. It’s also in the fragrance of wildflowers, cedar woods, silver-white snow peaks on the horizon, pearl-shaped icicles that hang from sloping eaves, and even in the legends and ballads associated with the town.

That’s why Shimla is also known as a lover’s town. The Mall Road—an arterial road whose layout betrays the Britishers’ love of leisure over functionality in their former summer capital, and used to be washed twice a day when the sun never set on their Empire. A romance that continued to bloom in post-colonial hearts after Independence.

India-born Rudyard Kipling, whose relationship with Shimla (then Simla) is well known, wrote in Plain Tales From the Hills: “Amen, here ends the comedy, where it began in all goodwill; since love and leave together flee, as driven mist on Jakko hill”.

Decades later, Minakshi Chaudhary, in her Love Stories of Shimla Hills, described Shimla as: “It is an ideal place to set every heart on fire. Perhaps, the love tales of the town are really inseparable from the ambience of Shimla hills”. During her research on real-life and mythical tales of romance set in Shimla, between 2009 and 2010, Chaudhary came across over 50 immortal stories that are still recalled and retold by locals decades later.

The Hills Are Alive

Not much has been written about what is perhaps the most celebrated and fascinating love story based in Shimla—between the state’s first chief minister, the legendary Dr Y.S. Parmar—fondly called Himachal Nirmata or Creator of Himachal—and Satyawati Dang, Rajya Sabha member (1968-74) from his own party, Congress.

The intense affair that blossomed between the two veteran politicians in 1972, broke many barriers and set an example to emulate in a conservative society.

Parmar, then 65, had already lost his wife Chandravati. All his four sons were married and well-settled. Dang, then 55, had lost her husband and both her daughters were grown-ups. Both were probably lonely and in search of companionship. 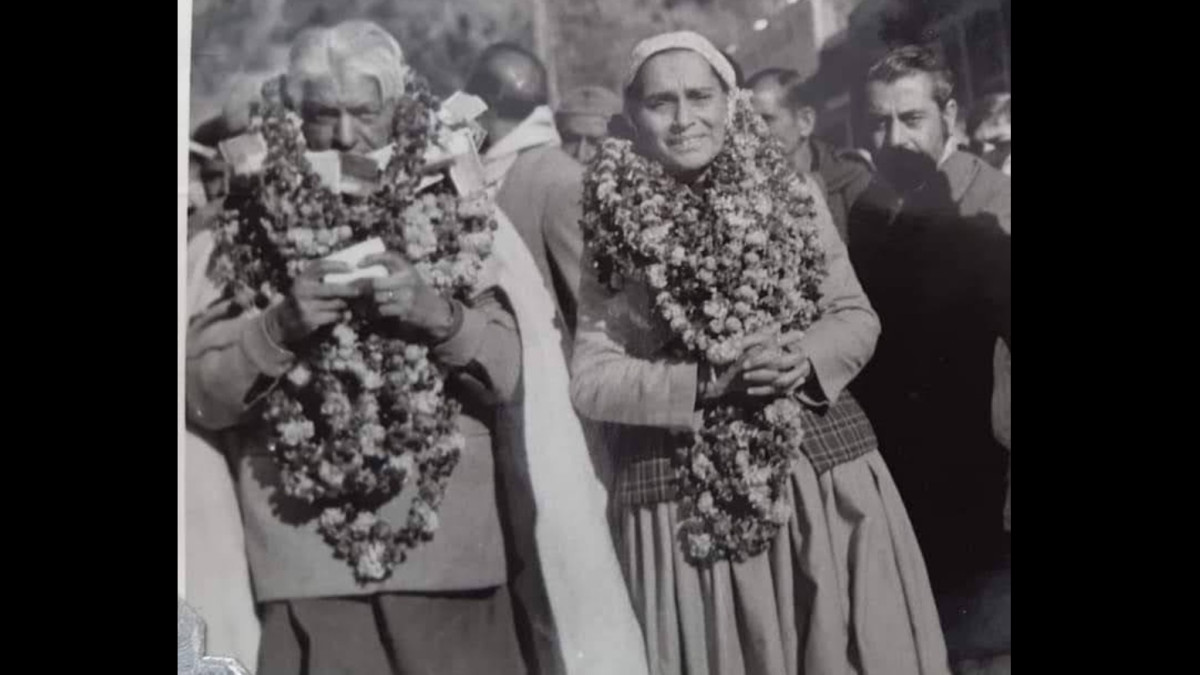 When Congress party members began tattling about their relationship—a chief minister involved with the Congress state president—Parmar’s elder son went to his father and suggested they get married. When Parmar initially refused, probably out of embarrassment, his relatives approached Dang’s daughters with the proposal for remarriage. Finally, everything fell in place. Love won over politics.

Senior journalist Prakash Chand Lohumi recalls, “It was the first time in Shimla’s history that a re-marriage was solemnised at Oak Over—the CM’s official residence.

Admits Kush, Parmar’s son and five-time MLA, “As a family, we had taken a collective call. Dr Parmar had himself shared with the party the circumstances of his re-marriage. It was all about companionship and a shared comfort level between two adults.” He adds, “As an example of re-marriage, it sent a positive message to society at large.”

Perhaps Bollywood found the most inspired romantic plots among Shimla’s sylvan locations. One of the earliest such romantic box office hits—Love In Simla (1960),  produced by Sashadhar Mukherjee—remains a milestone, not the least because of the on-screen chemistry between the romantic pairing of Sadhna and young heartthrob Joy Mukherjee.

From the Oberoi Clarks, where the film unit had put up, the director and her muse would go for long strolls towards Peterhoff, Raj Bhawan and Summer Hills, and were together every moment of the shoot.

Many years after the movie was released, Joy Mukherjee had said in an interview—quoted by Minakshi Chaudhary in Love Stories of Shimla Hills, “Film magazines had started to write about the romance between Sadhna and Nayyar when we were in Shimla. So, when we returned to Bombay, they were a hot topic at parties.”

They eventually got married in 1965, and the marriage lasted for 30 years, till Nayyar died in 1995.

Shimla also has romances going awry. At the centre of the most infamous of them was a budding, 15-year-old sportsperson, who became a subject of ridicule in her village as the love story ended in tears.

It began in the 1970s with a romantic song, relayed for the first time on All India Radio, Shimla. “O Ladi Shanta (Hey beloved Shanta)” created havoc in Shanta’s life, changing it forever. The tall, beautiful, fair girl of village Matiyana, studying in Class VIII, had just started liking Basant, a boy in the neighbourhood. The two would meet while walking to her village school as Basant’s house was on the way. He too was in school, so the encounters were occasional, leading to a platonic relationship.

Over time, they began meeting outside their village, Matiyana, as Shanta began travelling outside for sports events, and grew stronger. Both wanted to make careers in sports. Shanta also landed a scholarship from Punjab University in her sport—volleyball.

The village idyll was suddenly shattered by the song “O Ladi Shanta”. It took their names, and described a distorted version of their relationship, with suggestive references of trysts in the hills and rivulets around the sleepy town. Clearly written by a local, the song soon achieved cult status in the hills—but turned the lovers into objects of ridicule in the deeply conservative society.

Victims of gossip, Shanta and Basant eventually chose to walk apart, burying their emotions at the altar of family dignity.

The popular tourist destination has moved beyond its colonial past, but with an endless stream of honeymoon couples and young lovers who hold hands as they walk dreamily along the tree-lines pathways or stare endlessly into each other’s eyes while sitting on one of the several public benches strewn across Mall Road—romance is always in the air. With time, the popular vantage points and street corners have given way to cafés, walking streets such as Forest Road (also called Lover’s Lane), Gole Pahari, Potter’s Hill, Annandale and Glen. But the aura remains, and Shimla continues to birth newer tales of romance.