Minoo Masani, the politician of the '70s, who formed the Swatantra Party with C Rajagopalachari, was a socialist, says his son Zareer Masani.

More from Zareer Masani
View All

I remember my father assuring me, with a smile, “If you’re not a socialist at 21, you have no heart. If you’re still a socialist at 41, you have no head.” It was 1970, and I had just completed three years at Oxford, exposed to unremitting leftwing agitprop, mainly focussed on the Vietnam War. Having been a loyal supporter till then of Father’s Swatantra Party, I had finally swung to the left, encouraged by events in India, where Indira Gandhi had split her Congress Party, defeated the old guard’s candidate for president, nationalised banks, abolished princely titles and purses and appealed to the masses in the name of GaribiHatao (Abolish Poverty).

In some respects, my own political transition had mirrored Father’s, since he had swung from the militant socialism of his student days at the leftwing London School of Economics, through a major re-think driven by Stalin’s dictatorship and purges in the Soviet Union, to a thorough-going free-market opposition to Jawaharlal Nehru’s socialist policies in independent India. Father had been de facto Leader of the Opposition at the head of the Swatantra Party, the largest group in the Lok Sabha (the lower house of parliament). The Swatantra Party, events would soon prove, was half a century before its time in a country dominated by cheap populism.

Soon after my return to India in 1970, Indira Gandhi called a snap election, and Father tried in vain to persuade an alliance of opposition parties to adopt a common programme, instead of the single slogan, “IndiraHatao” (Get Rid of Indira).  He failed, and partly as a consequence, the Opposition was wiped out in a landslide for Indira. 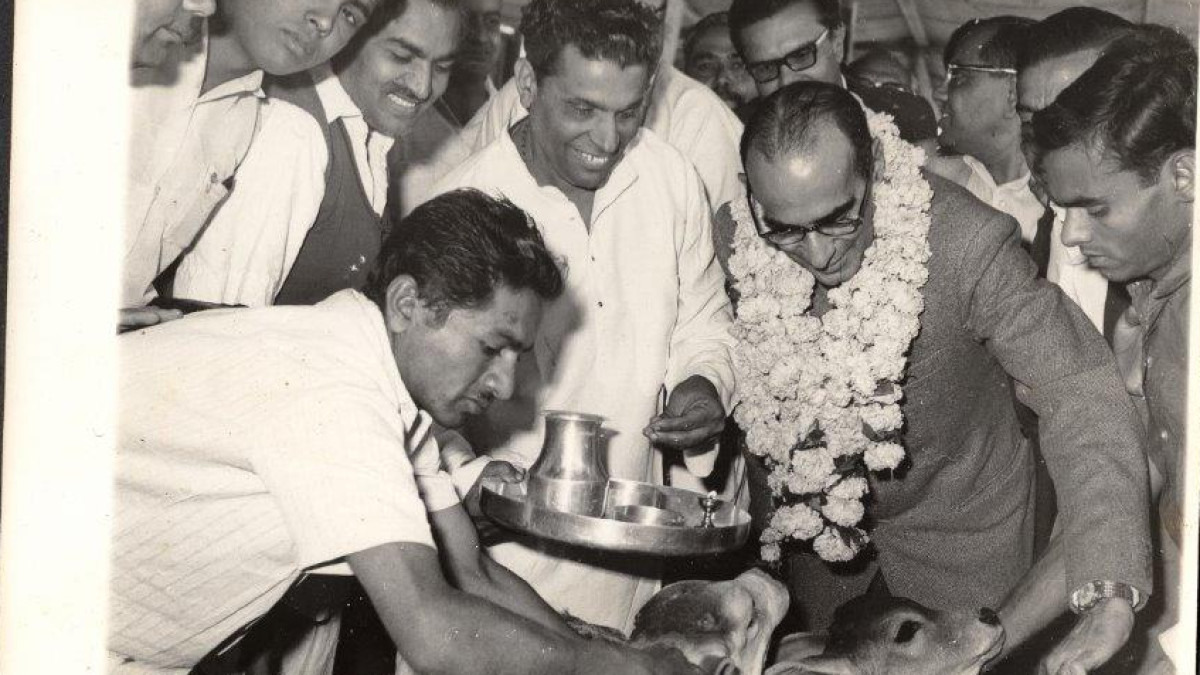 The election result also caused a split in our household, with my mother and me canvassing for the Congress in Delhi, a development much publicised in the leftwing press, with my beautiful mother on the front page of the National Herald. Although this was used by Congress workers in Father’s hotly-contested constituency of Rajkot (Gujarat), his public response was a very dignified statement that everyone in a democracy was free to support any party they chose.  Whether or not this was a contributing factor, he lost his seat, like most of the Opposition.

Shortly after that, Father, unusually for India, took public responsibility for his party’s defeat and resigned as its President.  He never returned to active politics, disgusted by its growing populism and financial corruption.  Instead, he devoted himself to publishing his journal, Freedom First, and writing a monthly column in the Statesman and his two-volume political memoirs.

Then came the Emergency, whose only positive outcome was to cure me of Mrs Gandhi and unite Father and me in common opposition.  I was a de facto exile in Britain, warned not to return to India because I had refused to censor my biography of Indira, lamenting her increasingly autocratic rule.  Father, meanwhile, had refused to accept emergency pre-censorship of Freedom First, and fought a High Court battle with the Government that he won. He also helped to get the ailing Opposition leader, Jayaprakash Narayan, released from prison by writing to Indira, warning her of a national backlash against her if JP died in her custody.  She relented, and Father flew up to Chandigarh jail to escort JP back to Bombay for medical treatment. JP had been his closest personal and political friend, dating back to their socialist days in the 1930s. While JP was in the hospital, Father and he drafted his political testament, to be issued in the event of his death, stating that at no point had he ever come to approve Mrs Gandhi’s Emergency.

When Indira fell in an anti-Emergency election landslide in March 1977, JP directed the formation of India’s first non-Congress government, by the Janata Party, a hastily assembled coalition, much like the former, ill-fated Grand Alliance of 1971.  Father politely declined feelers to join Morarji Desai’s Cabinet and instead briefly served as Chairman of a newly-formed Minorities Commission.  Although he was given cabinet rank, he was unable to make the commission an effective check on the government, and he resigned in disgust after only six months.

Father had often been admonished for his temperamental impatience and his intolerance of compromise and half measures. This had probably impeded his career at key points, starting with his unwillingness to serve in Nehru’s Cabinet in the 1950s and then later his intolerance of corrupt rebels in the Swatantra Party. It had often been suggested that this had much impeded his capacity to persuade others of his political and economic beliefs.  All this was about to change.

Following the demise of Indira and later her son and successor Rajiv in terrorist attacks, India got a prime minister from outside the Nehru-Gandhi family, P.V. Narasimha Rao, who was enlightened enough to appoint a professional economist, Manmohan Singh, as his Finance Minister.  The result was a decisive break with the Permit-Licence Raj of Nehru and his daughter and gradual conversion of the political mainstream to the economic liberalism Father and Swatantra had been advocating since the 1950s.

Father, once General Secretary of the leftwing Congress Socialist Party in the 1930s, had been cured of his socialism well before his prescribed age of 41 by Stalin’s gulags and mass purges, news of which Nehru had steadfastly refused to believe. Disgusted with the left, Father had turned increasingly to respect for Gandhian non-violence.  Elected as Congress Mayor of Bombay and later the city’s representative in the Indian Constituent Assembly of 1945, he had joined the Tata business empire, first as its Head of Public Relations, then as Chef de Cabinet to his dear friend, the chairman JRD Tata. A decade later, he had to leave Tatas after becoming an Opposition MP, because of the view this would jeopardise shareholder interests under increasingly statist controls.  He often remarked on the double standards which led Nehru to scold JRD for his donations to the opposition Swatantra Party, despite Congress continuing to receive double that amount.  Father’s links with Tatas remained close and undoubtedly helped in his future as a management consultant, which enabled him to earn a living and continue in politics. 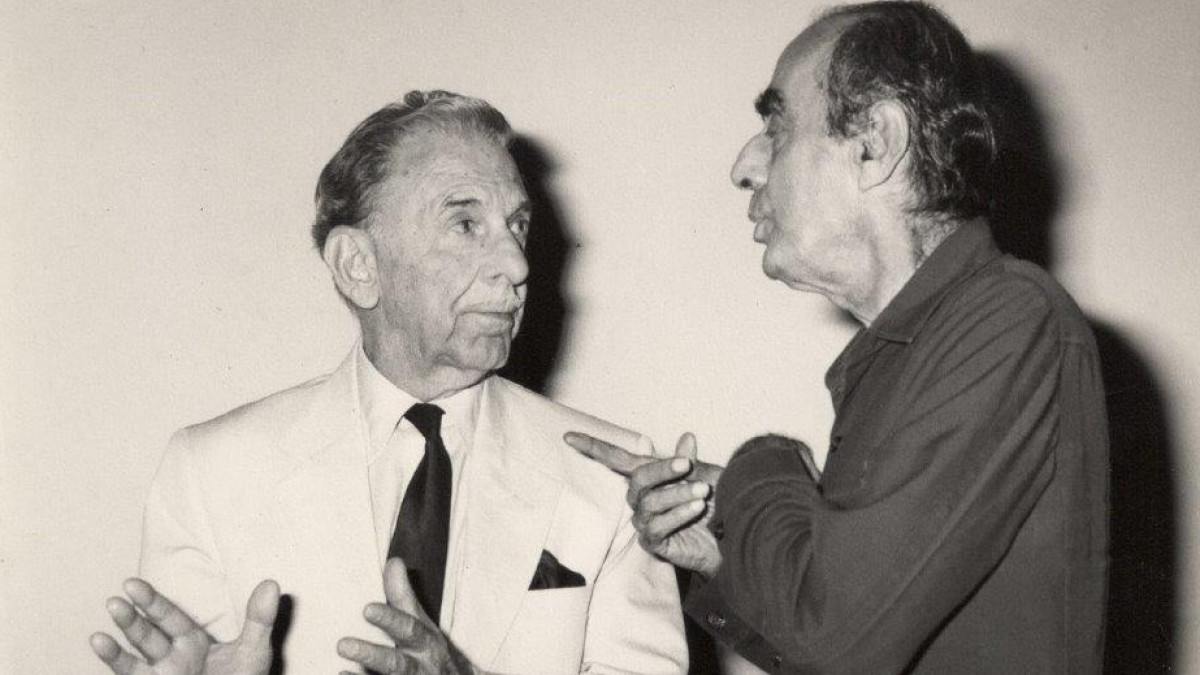 Father had been a Patron of the Liberal International and a founder-member of the Congress for Cultural Freedom, formed to combat global Communism. He and the veteran C. Rajagopalachari (Rajaji) had founded the Swatantra Party in 1959 on a platform of secular, free-market liberalism. It had rapidly become the largest Opposition party in Parliament, overtaking the Hindu nationalist Jan Sangh. Although it was a coalition of urban businesses and intellectuals with feudal princes and landlords, Father always refused to accept that this was conservative rather than liberal. He maintained that Communists were the most reactionary force in politics. The Swatantra Party was most successful in its devastating attacks on Nehru’s pro-Communist foreign policy, especially after his debacle in the 1962 war with China, which secured the resignation of his pro-Communist eminence gris, V.K. Krishna Menon.

Success had been much slower on the economic front, in overcoming the socialist prejudices of four decades. Father, with economists like B. R. Shenoy, had argued from the outset that Indian private enterprise had the capacity for rapid economic growth, once freed of statist shackles in a genuinely mixed economy.  He often repeated Gandhi’s maxim, “That government is best, which governs the least.”  Having tried and failed to convert Gandhi to socialism in the 1930s, half a century later he found much to admire in Gandhian thought, especially its distrust of the overweening state.  Governments, he argued, were no good at running a business, and should be confined to delivering public goods like health and education.  “Turn the men and the money loose, and they’ll do the rest” was his favourite quote from Ludwig Erhard, who led the West German economic revival after World War 2.

Manmohan Singh, who led India to economic freedom, privately conceded his intellectual debt to Minoo Masani and the Swatantra Party. When he succeeded Rao as Prime Minister, his chief economic adviser, Montek Singh, an economic liberal from the World Bank, took charge of the once-mighty Planning Commission, set up by Nehru and his coterie of Marxist economists. Montek freely acknowledged, on the record to me in a BBC interview I did with him, how much ahead of its time Swatantra had been and his admiration for Father as the brains behind it. 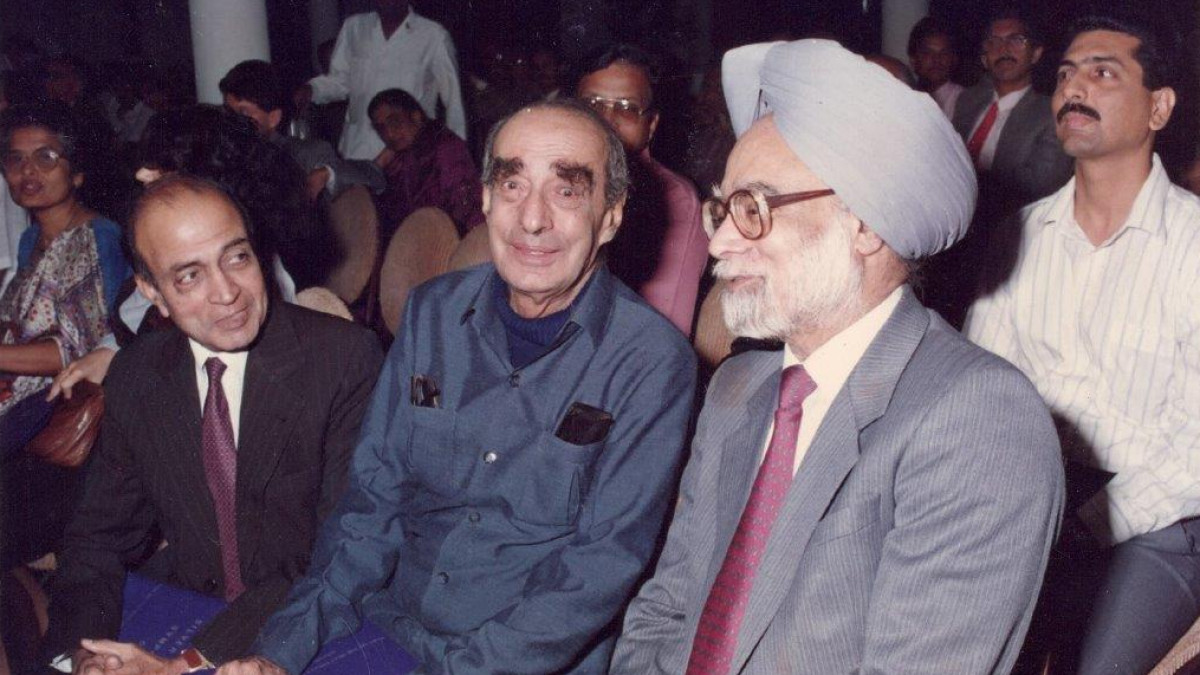 Father was in his mid-eighties by the time Manmohan and Montek began their liberal reforms, but he lived to see them well underway when he died in 1998.  Though he lived to the grand age of 92, his last years were clouded by the loss of both his sight and his hearing, but I’d like to think he got much satisfaction from this belated intellectual vindication.  He also much admired the economic radicalism of Margaret Thatcher and Ronald Reagan in the West and the enlightened Communist abdication led by Gorbachev, with his dignified acquiescence in the fall of the Berlin Wall and the end of the Soviet regime in Russian and Eastern Europe.  As a committed anti-Communist internationalist, these developments were also a vindication of Father’s uncompromising stand against the Soviet invasion of Hungary and suppression of the Prague Spring.

Looking down today at India’s saffron revolution under the Hindu chauvinists whom he loathed, I suspect Father might well have felt far more sympathy for his former friend and adversary, Jawaharlal Nehru. He shared with Nehru a rational scientific outlook and was a declared atheist and secularist. Although he collaborated occasionally with the Hindu nationalist Jan Sangh, later the Bhartiya Janata Party, against Nehru and Indira’s socialism, there was little love lost between his secular right and the forces of Hindu chauvinism. Election time in his constituency of Rajkot, Gujarat, often found Father besieged by Jan Sangh accusations that he was a beef-eating Parsi atheist.  Father was also a courageous early campaigner way back in the 1950s for the right to self-determination for secessionist regions like Tibet, Kashmir and Nagaland, forced into submission by the military might of Chinese and Indian neo-imperialism. He would have been appalled by their fate half a century later.

(Zareer Masani is the author of Macaulay: Britain’s Liberal Imperialist (The Bodley Head, 2013).  He has an Oxford history doctorate and is the author of three other historical books: Indira Gandhi: A Biography, Indian Tales of the Raj and India from Raj to Rajiv (with Mark Tully).  He has also written a widely acclaimed family memoir, And All Is Said: Memoir of a Home Divided (Penguin, 2013). Zareer spent two decades as a producer for BBC Radio 4 and is now a freelance historian, journalist and broadcaster.  His particular areas of interest include the British Raj in India. Views expressed in this article are personal and may not necessarily reflect the views of Outlook Magazine.)