During the operation, the naxals opened fire at the security forces, who retaliated in self defense forcing them to take cover in the forest. Some of the them received bullet injuries.

TRF or The Resistance Front is an offshoot of the LeT. He said a case has been registered and an investigation was underway.

The Haryana police have said that they foiled a major terror plot after the four suspected Pakistan-linked terrorists were held in Karnal on Thursday morning when they were on their way to Telangana to deliver explosives. However, the man was tactfully apprehended by the alert personnel, the police spokesperson said, adding that he was identified as Tawheed Ahmad Haroon, a resident of Baramulla's Delina Ghat. During routine checking at Chenad crossing in Baramulla, a joint team of officials from the police and the Army intercepted a truck with two persons on board. 3 LeT Terrorists Killed In An Overnight Encounter In Pulwama

An encounter in the Pulwama district of Kashmir led tor the death of 3 LeT terrorists. The anmmunition and the rifles used in the encounter have been recovered. Russian Defense Ministry spokesman Maj. Gen. Igor Konashenkov said Tuesday that the military used air- and sea-launched missiles to destroy an ammunition depot and a reinforced hangar for warplanes at Starokostiantyniv in... 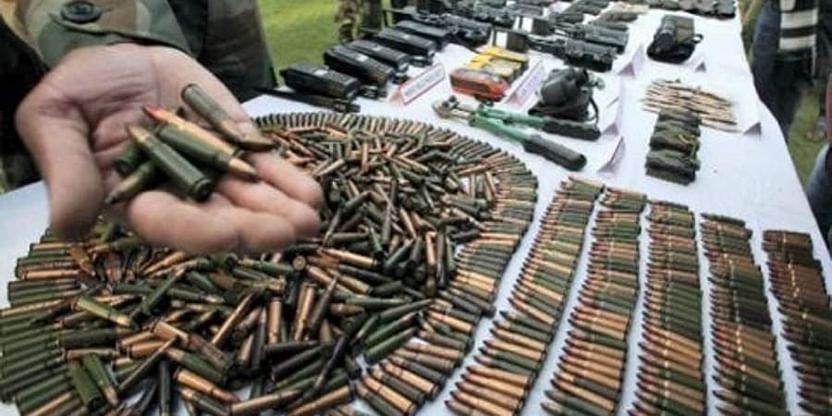 During the searches, various incriminating documents including books relating to the Liberation Tigers of Tamil Eelam (LTTE), a proscribed terrorist...