SA Vs IND: Perform Or Perish, Rahul Dravid's Hard Talk Aimed At Stability Ahead Of ODI World Cup in 2023

IPL 2021 star Venkatest Iyer, who made his ODI debut in South Africa, failed in two matches against South Africa while Shreyas Iyer was unimpressive in the top order.

If India's white-ball performance in South Africa is any indication, it is amply clear that IPL heroes need not necessarily shine in international cricket. At a time, when there is a surfeit of talent waiting in the wings, players unable to translate their international opportunities into something meaningful are likely to fall by the wayside. (More Cricket News)

After India lost the ODI series 3-0 against South Africa in Cape Town on Sunday, head coach Rahul Dravid categorically said that new players will be provided enough "security" but the team management will "demand" performance at this level.

If Dravid's demand and supply (read: performance) formula is here to stay, players like Venkatesh Iyer and Shreyas Iyer better watch out.

Batting inconsistency hurt India both in the Test and ODI series. If it's time to review the Test future of players like Cheteshwar Pujara and Ajinkya Rahane, the performance of the two Iyers will be under the scanner when the national selectors name the white-ball squad for the home series against the West Indies in February. The long-term objective will be to win the ICC ODI World Cup in 2023 at home.

Shreyas Iyer, who cracked a blistering century on his Test debut at home against New Zealand in November last year, scored 17, 16 and 26 in the three ODIs against South Africa. Ventakesh Iyer, who made his ODI debut in Paarl, scored two and 22 in as many innings. He did not bowl in the first ODI and was used for five overs as the sixth bowler.

The 26-year-old Venkatesh Iyer became an IPL sensation on his debut season last year (390 runs in 10 matches). He followed that up with two centuries and a fifty in Vijay Hazare Trophy matches just before the South Africa tour. He was rewarded with an India debut in the T20 international series against New Zealand at home last November.

It remains to be seen if the Iyers get another opportunity when Rohit Sharma, Ravindra Jadeja, Hardik Pandya and Axar Patel make themselves available for selection for the Indian team. They are expected to be fit because IPL 2020 will start March-end and the West Indies series will act like a nice warm-up.

Dravid admitted that the ODI team in South Africa lacked balance. India kept investing in the a fumbling top and middle order in spite of the fact that several batsmen were playing poor strokes.

Dravid had no hesitation in admitting that the team was missing players like Rohit Sharma, Jadeja and Pandya.

“Hopefully, when they (Hardik and Jadeja) come back, it will give us a lot more depth and it will then allow us to probably play in a slightly different style.”

IN SEARCH OF BALANCE

Dravid further went on to say that Shreyas Iyer got ample time to pace his innings in the ODIs against South Africa. While he went in before 30 overs in the first and third game, the right-hander walked in at the 32nd over in the second ODI. 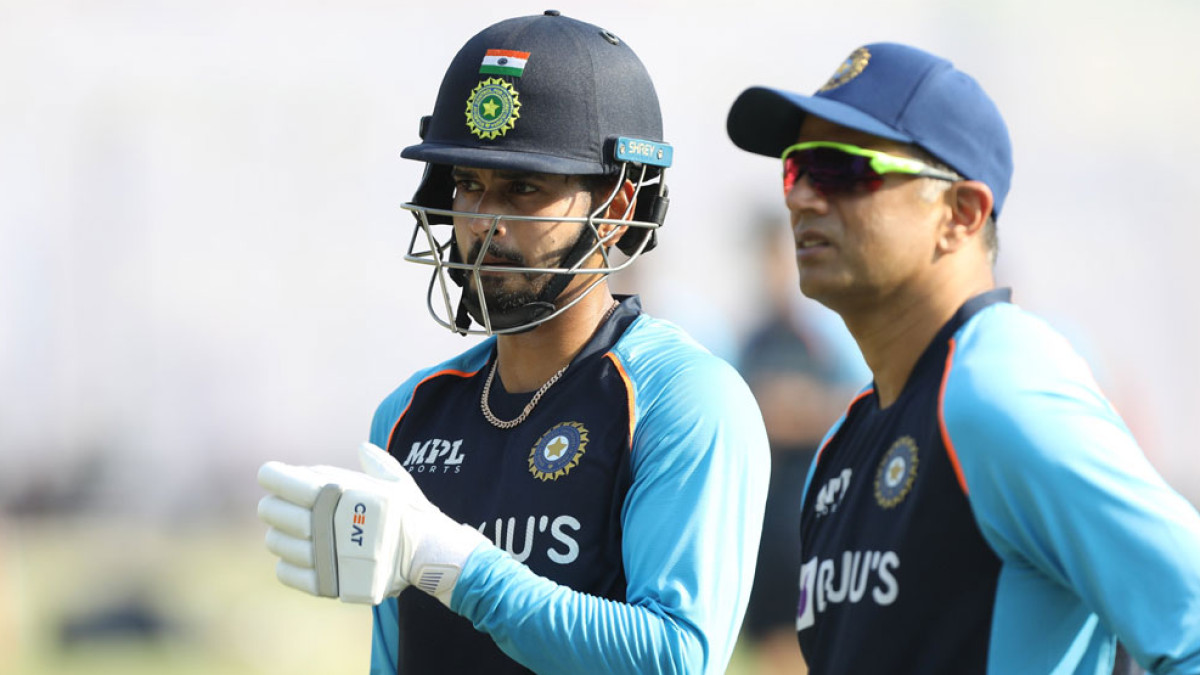 “Whether you bat 4, 5 or 6, you have got to know what the team’s requirements are. Shreyas has gone in pretty early in all three games and he has had enough time,” said Dravid, his frustration quite evident.

Since the start of 2021, Shreyas Iyer has played nine games (eight T20Is and a ODI) scoring just one half-century.

With Dravid in search of stability ahead of the ODI World Cup in India next year, expect some tough decisions to be made. Good performance in IPL 2020 may help win lucrative contracts but cementing a place in a T20 international or ODI side will be a different ball game.