South Africa will look for a clean sweep in the ODIs on Sunday. They have already clinched the three-match series 2-0. Earlier, India lost the Test series 2-1.

South Africa stunned India once again on Friday night to hand the visitors one of the most embarrassing series defeats. The Proteas just outplayed the Indian cricket team in the second ODI at Boland Park, Paarl to seal the series with a match to go. The third South Africa versus India ODI will be played in Cape Town on Sunday. (More Cricket News)

Coming to the ODIs after a disappointing Test series loss to South Africa, India were expected to bounce back but their performance further degraded in the white-ball series. They lost the first game by 31 runs and the second game by seven wickets. Meanwhile, a resilient South Africa put up a splendid show and also punched above their weight on several occasions to surprise fancied India.

Dirty politicking on Indian captaincy notwithstanding, there are several factors that led to India’s loss in the ODI series. Here are five of them:

The captaincy of KL Rahul so far in the series has been extremely mediocre. From field placements to the bowling changes, the decisions taken on the ground by Rahul were ineffective. KL Rahul has also failed to show faith in his players. Trust and faith have been some missing elements in the Indian cricket ecosystem of late. For example, Bhuvneshwar Kumar went for 16 runs in his first over in the second ODI and he was immediately replaced with Ravichandran Ashwin. A similar lack of experience in his captaincy was evident when he removed Shardul Thakur from bowling despite the medium-pacer claiming the wicket of Quinton de Kock in his previous over on Friday.

Meanwhile, if KL Rahul didn’t want to use newbie Venkatesh Iyer as a bowler in the first ODI, he should have asked the team management for a pure batter instead. Clearly, role definition was missing and the Indians did nothing to fix it.

Apart from that, Rahul also failed to encourage his men during wicketless sessions in the game. No offence to KL Rahul, but the additional energy is something which the Indian team had been used to under Virat Kohli’s captaincy.

Despite the Boland Park pitch in Paarl having a fair amount of help for spinners, the Indian duo of Yuzvendra Chahal and R Ashwin have taken only one wicket each in the series so far. It is worth noting that both bowlers have bowled complete quota of overs in the first and second ODIs. Ashwin’s economy of over 6 also explains how pathetic the white-ball series has been for him so far.

On the other hand, South Africa’s chinaman bowler Tabraiz Shamsi tops the list of highest wicket-takers with four to his credit. Left-arm spinner Keshav Maharaj and off-break bowler Aiden Markram have also taken two wickets apiece that too with an economy of less than 5.

In the first ODI, India had scored 265 runs losing eight wickets, while in the following game, they scored 287 runs for the loss of six wickets. 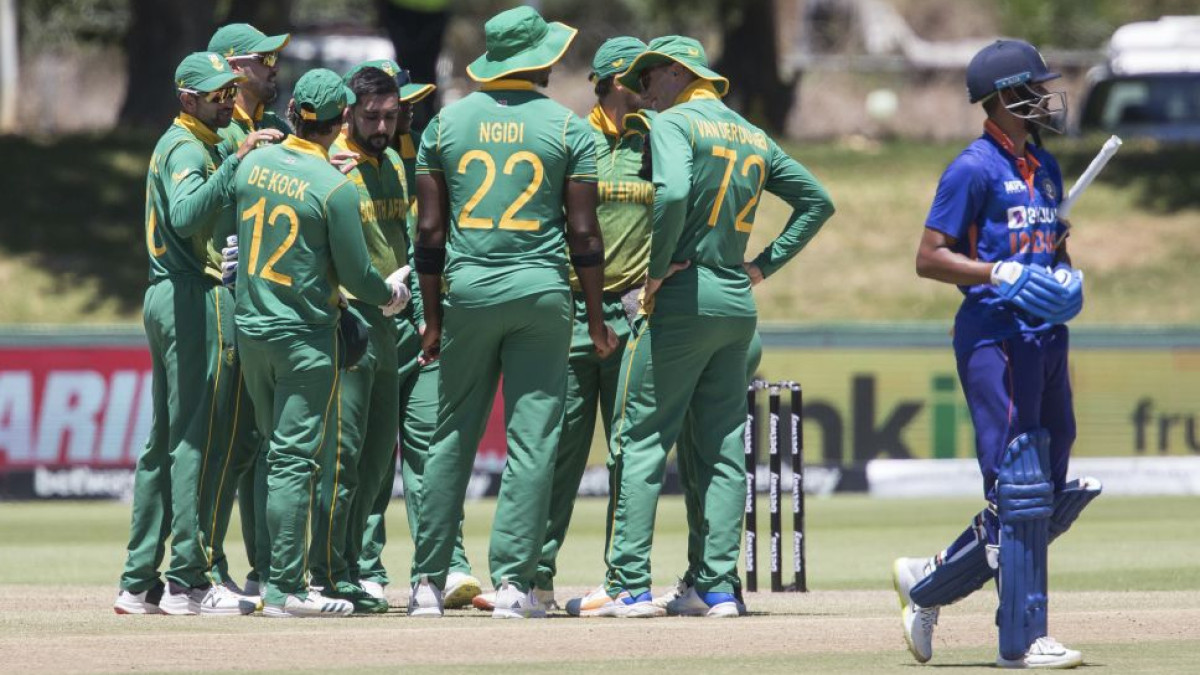 South Africa players celebrate the wicket of Shreyas Iyer during the second ODI on Jan. 21, 2022.

Lack of Support To Bumrah

Three wickets at an economy of 4.25 substantiates Jasprit Bumrah’s supremacy over the opponents in the series but he lacked support from the other end. Whenever Bumrah tried to create some pressure on the opposition batters by choking their runs, bowlers from the other end leaked runs.

Bumrah's agony can be understood from the fact that he is the only Indian in the top-7 wicket-takers in the series, rest all six are South Africans. Meanwhile, the collective economy of other Indian bowlers stand at 6.17 in comparison to Bumrah’s 4.25.

While Shardul Thakur has failed to impress with the ball - economy of 7.13 with just one wicket, Venkatesh Iyer (24 runs in batting, 0 wickets in bowling) has been as a complete failure.

More than runs, IPL 2021 star Venkatesh Iyer’s shot selection and dismissals will worry the Indian camp going forward. Clearly, IPL and international cricket are not the same thing and sooner Iyer understands that, it will help his India future. On the other hand, Shardul may have scored useful runs lower down the order but he missed his line and length in bowling regularly and has been expensive.