This will be Rohit Sharma’s first ODI series as India’s full-time skipper. He had missed the South Africa series last month due to injury.

India captain Rohit Sharma on Saturday admitted that some individuals in the team needed ‘role clarity’ but he would prefer carrying on from where his predecessor Virat Kohli had left rather than trying to reinvent the wheel. (More Cricket News)

Rohit Sharma will be leading full-time as India’s ODI skipper when he leads his boys in Ahmedabad on Sunday in the first of the three games against the West Indies. The second and third ODIs are on February 8 and 11 at the same venue

“It is always important that everyone comes together and plays that role that has been given to them. What is important for us, moving forward is the role clarity of certain individuals in the squad,” Rohit said at a virtual press conference ahead of the first ODI against West Indies.

The skipper said that he would communicate with the individuals concerned. “I think, if we can, you know, put that in place and talk to the individual about it, I think, we can get what we want from different individuals at different points in time of need,” he added.

Rohit Sharma’s Biggest Challenge As Captain Will Be To Remain Fit: Ajit Agarkar

Rohit’s record as a captain in franchise cricket is extraordinary having won the IPL five times with Mumbai Indians. He hasn’t fared badly whenever he has led the team in Kohli’s absence in earlier times. Before becoming full-time captain, Rohit led India 10 times winning eight out of them.

Under Virat Kohli, India had a more than 70 per cent success rate in ODIs which means that he just needs to carry on the good work done by the former as a leader. “I mean, when Virat was captaining, I was the vice-captain, so we pretty much went about the team in a similar fashion.

“I just have to take it from where he (Virat) left. There is nothing that I need to come in and change something drastically,” he added. He believes that most of the players know what is expected out of them. 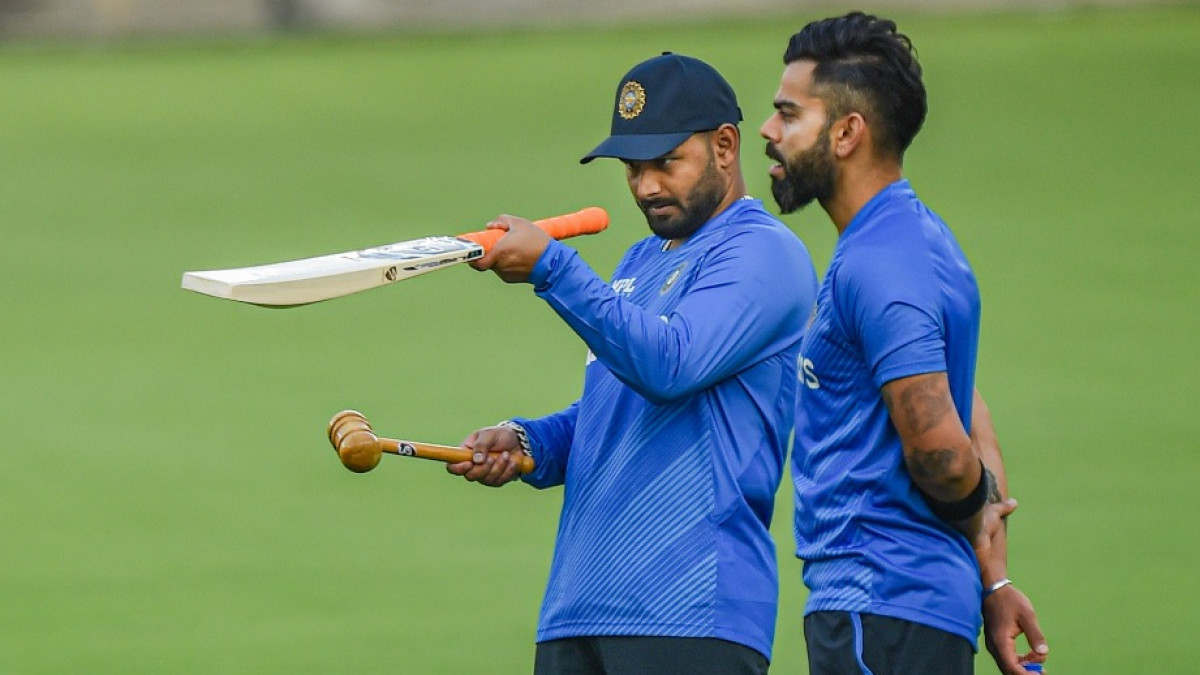 “The team pretty much knows what is expected out of them, talking about the individuals and you want to continue the same template. There is not much we need to change, we are a good team, we are good players.

“It is just that adaptability and being open to doing different things at different points is what we have spoken (about),” he said. The right-hander believes the 3-0 drubbing against South Africa in the ODIs, of which he wasn’t a part, was a great learning experience for everyone.

Rohit injured his hamstring just before India’s departure for South Africa in December. He missed both the Test and ODI series and said there is no need to press the panic button. “Look, there is not a lot that we need to change, we just need to adapt to different situations of the game that has been presented in front of us.

“We have played good ODI cricket over the course of a few years, more than few years actually. So suddenly a series defeat doesn't mean that there is panic that we need to create,” he added. It is just that certain understandings and certain learning we need to take in our game.

Rohit also made clear that comeback man Kuldeep Yadav won’t be hurried into the playing XI. “It is certainly on my mind to get them (Kuldeep and Yuzvendra Chahal) back together, Kuldeep especially, he hasn’t played since IPL, he was part of IPL team but then he got injured, and then he was out since then.

“He hasn’t played a lot of games after that, so we want to get him in slowly. We just do not want him to rush into things and it cannot do good for either the team and also for him,” he said.