Wanderlost Jobs: The Crushing Impact Of Pandemic On Tourism

The UNWTO had declared that 100-120 million direct jobs in tourism were at risk, with smaller businesses, women, youth and informal workers being the most vulnerable categories.

More from Soity Banerjee
View All

“Abhi toh kuch kaam nahi hai. Gaadi ke saamne sirf dhundh hai. Aagey kya hoga kya pata?” (I have no work right now, and the road ahead seems completely foggy. Who knows what lies around the bend for me?)

After braving a thousand landslides and pounding a million miles across six states in the Northeast for nearly three decades, 50-year-old driver Netra Bahadur Chhetri finally sounds defeated. A friendly, mild-mannered man who once ferried travellers with passports of every shade, Chhetri has had to take out informal loans over the last two years to pay for his children’s education and the last rites of his mother. And yet, he says he’s better off than his peers. Unlike them, he doesn’t have to worry about paying rents in the city. In the pre-Covid years, when he was raking in over Rs10,000 a month, after paying for fuel and other dues to his ‘malik’ (car owner), Chhetri had saved enough to buy a patch of land for his family on the Balipara Road, 40km from the city limits of Tezpur. It’s here that he now raises cattle and grows rice for subsistence, and waits wistfully to hit the road again.

Drivers, guides, porters, ponywalas, trek hands, cooks, entertainers, souvenir sellers, street vendors, fresh produce suppliers, craftspeople, and innumerable other Netra Bahadur Chhetris who make up the complex matrices of the tourism ecosystem in India are still grappling with the economic bloodletting over the past 23 months. Their counterparts in the organized sector—many of whom have technically not ‘lost’ their ‘secure’ jobs yet at hotels and travel agencies across the country—are faring no better. With rib-deep pay cuts, or worse, no salaries at all, their hopes hang in the balance and in the balance sheets of their bleeding companies.

In response to a question in the Monsoon Session of the Rajya Sabha last year, the Minister of Tourism, G. Kishan Reddy, had shared the findings of a study by the National Council of Applied Economic Research (NCAER), which mapped the slowdown in the first three quarters of 2020-21, and estimated that over 2.15 crore jobs had been lost due to the pandemic. Yet, Aashish Gupta, Consulting CEO of the industry body, Federations of Associations in Indian Tourism and Hospitality (FAITH), reckons the number is closer to 5 crores or more, accounting for both direct and indirect jobs in tourism. For an industry that is seasonal by nature and primarily unorganized in our country, where collecting and collating data can be like gathering sand in a sieve, numbers rarely reflect the true measure of the decimation. But they do give us a sense of the scale of the losses. To put this in perspective, globally, the UNWTO had declared that 100-120 million direct jobs in tourism were at risk, with smaller businesses (“which shoulder 80% of global tourism”), women, youth and informal workers being the most vulnerable categories.

To correct the balance somewhat in India and offer relief to employees who acquired skills that could not always be transferred to other industries, in 2021, FAITH had suggested to the state and central governments to offer direct subsistence payouts—“something like an MNREGA for the organized tourism sector,” says Gupta. The idea was to gather inputs from Provident Fund (PF) and Employee State Insurance (ESI) databases, and even the individual rolls of companies, to arrive at a laundry list of beneficiaries. For the unorganized sector, they suggested the tracing of supply chains with the help of destinations and organisations, leaving enough elbow room for each state to factor in its own needs and challenges. But barring a few stray instances, no such payouts have been sanctioned by any public stakeholders so far.

As for private entities, many left their employees in the lurch. Even large, family-owned companies that were in fine financial fettle until 2019-2020, especially since the volume of business in India was substantial in the five years preceding the pandemic, also appeared to axe jobs and salaries in a great hurry. Dipak Deva, Managing Director, Sita and Travel Corporation of India, wonders why companies that made phenomenal profits over the last 10 years, chose not to loosen their purse strings to help their own staff tide over a crisis of this magnitude. “We’re in the service industry. Our people are our greatest assets. When business comes back, we’ll need motivated, skilled people to get us back on our feet,” says Deva, whose company took the decision to pay its 400 employees throughout the Covid crisis. “We paid full salaries to employees earning eight lakhs or less, while the senior management took 20% pay cuts. But even that was rolled back in May last year.” 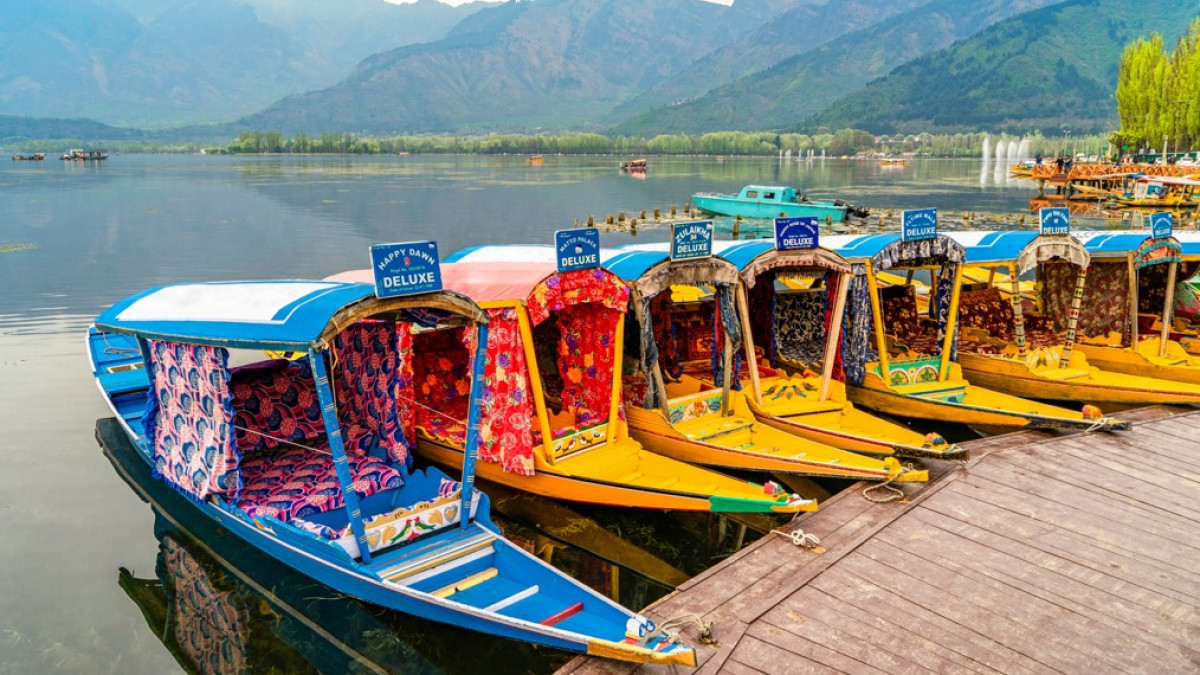 Of course, smaller or younger companies that didn’t have the wherewithal to retain their employees, rolled their shutters down within the first few months. But for mid-sized travel companies that attempted to protect their flock, it has been an uphill climb, often marked by rising debt and very little visibility of the prospects in the future. Rajesh Ojha, Partner, Banjara Camps & Retreats, Senior VP, Adventure Tour Operators Association of India (ATOAI), & Founder, Melting Pot Food Company, which runs several restaurants in Delhi, Gurgaon and Kullu, among others, says they could only retain their core team after the first three months of the lockdown. “But we stretched our pennies as far as they would go and took out loans to ensure that we at least pay subsistence wages of about Rs 3,000-4,000 to the remaining 100+ employees. Most of them went back to their villages (after we managed to organise their transport), where living costs are much lower. Even those who didn’t have homes or land to till were spending about Rs800 on rent, Rs200 on school fees and Rs 2,500 on food and other supplies,” says Ojha. Later, some of “the boys” also reported that they had started local enterprises of their own, and created alternative income streams, which presumably eased the “pull of the city”.

In the adventure travel business in India, which approximately took a 60-70% hit in revenue overall, Ojha estimates that 70% of the workers are seasonal. They seek out 5-7 months of employment, before returning to their farms and villages to resume their usual lives. “Many prefer this flexible arrangement to full-time jobs, and are far more resilient because tourism is not their only source of income,” he says. But after two lean years and no safety valves, the financial pressure has been forcing many to curtail their spends on “extras” like better education and healthcare. The seasonal workforce of porters, ponywalas, camp hands, cooks and so on, often finds employment in the same cities or destinations, with the same companies, and creates a well-oiled cycle of service that the outdoor industry in particular, and the tourism industry at large, has come to rely on.

This seasonality of tourism and of the workforce has proved to be an asset in these trying times, according to a report (to be published in March) on the economic impact of Covid-19 on the unorganised sector in tourism by a key, Bangalore-based research and advocacy outfit called Equitable Tourism Options—EQUATIONS. Director, Joyatri Ray, says, “The very nature of tourism doesn’t allow it to become a primary occupation. So most of this floating workforce has fallen back on arts, crafts, textiles, farming, selling and transporting produce like apples, for instance. Unless they have specialised skills that are valued by travel companies, few will have the incentive to return to their old jobs. Besides, whether it’s the doliwalas of Rajgir or the street vendors of Bodh Gaya, they have all had to diversify and offer services or products that will find takers in the local markets. Many shopkeepers who were once dependent on tourism are also being pushed out to the edges of destinations like Khajuraho, during post-pandemic beautification drives, or the creation of silent heritage zones. So they can’t hope to earn as well as they did, even when the travellers return!”

Such shifts in livelihoods will naturally create a skill gap in the ecosystem, when tourism revives in India, which could take 2-3 years by all accounts. Meanwhile, untrained or hastily trained staff who fill this gap will affect the overall quality of service and perhaps, equitable wage structures too. This can’t be good news for an industry that is increasingly under pressure to create rich, immersive experiences for a new generation of travellers. 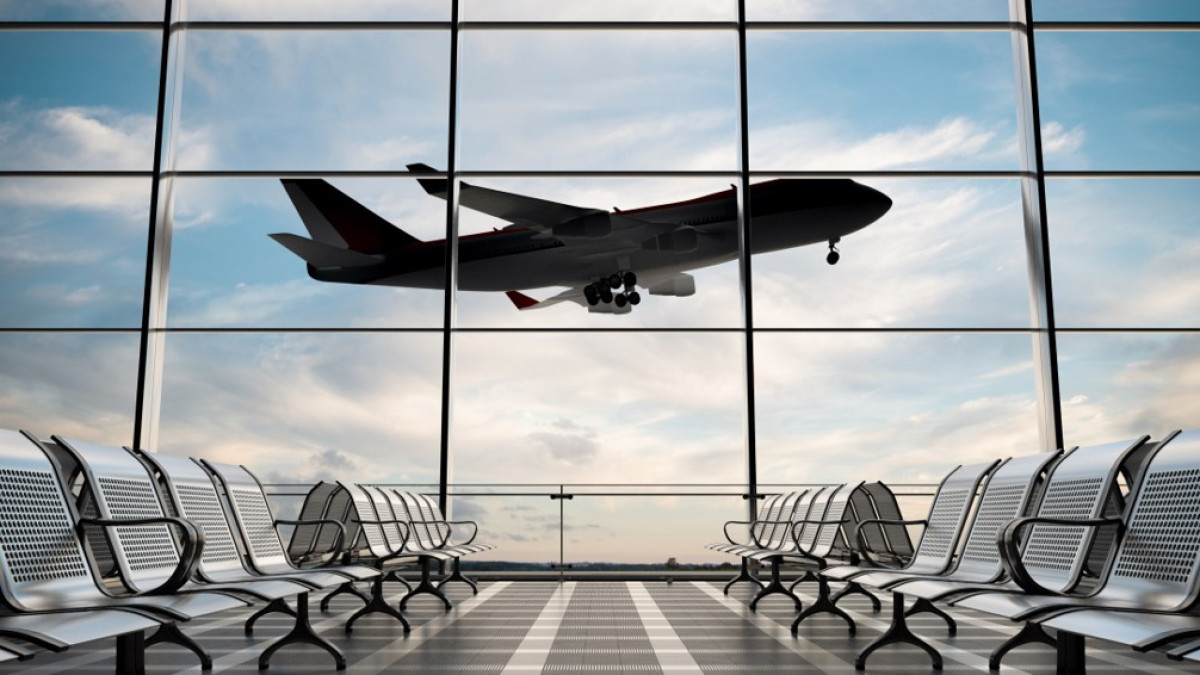 Impact of covid-19 on international travel

The uptick in domestic tourism in the winter of 2020 and autumn-winter of 2021—largely restricted to a 100-200km driving radius from the metro cities—has not been enough to sustain staff or properties, which have a fixed cost structure, making it difficult to open or shut shop at will. Such spurts of ‘revenge tourism’ haven’t helped those who are indirectly employed by the industry either, except in certain geographies and within a limited catchment area.

Ray, however, is glad that the pandemic has given people in the unorganised sector a reason to band together and find a collective voice. She says, “We’ve been witnessing a wonderful collectivisation across the country, a coming together of people that I consider a silver lining in this crisis. The pandemic was a good pause. It taught us many lessons. But I don’t see that getting integrated into the planning and policies yet. Are we valuing local skills enough? Are we creating jobs locally? What is our ambition of creating jobs?”

With the third wave ebbing, and most countries dispensing with RTPCR tests and quarantines for travellers, hope is streaming in through the cracks anyway. “The next turning point will be the restoration of normal flight schedules,” says Deva, who is also hopeful that the diminished interest in China, will be a great opportunity to ramp up inbound traffic to India as the markets reopen. In fact, a new report by the World Travel & Tourism Council (WTTC) claims that the global tourism economy could touch the $8.6 trillion mark in 2022, which is merely 6.4 per cent behind the pre-pandemic levels. No wonder Gupta seems confident when he says, “If there’s no fourth wave, hiring should resume by this summer.” Here’s hoping he’s right.