The move indicates that the government accepts the documented proof that the Britishers had to leave India due to Netaji and the Indian National Army.

More from Sayantan Dasgupta
View All

The symbolism of Prime Minister Narendra Modi’s announcement to install a grand statue of Netaji Subhas Chandra Bose at the India Gate is immense. Through this bold step, a paradigm shift from the colonial thinking on the issue, the PM has honoured the legacy of Netaji and reclaimed his idea of nationalism. Unveiling a huge statue of Netaji anywhere in India is one thing but installing it on the most important road in the Capital of India, The Rajpath, which overlooks the National War Memorial and the Central Vista, is quite another. To put it in simple words, this means that the government finally accepts the documented proof that the Britishers had to leave India due to Netaji and the Indian National Army (INA). And that is the reason why the Centre has decided to replace King George V’s statue with that of the victor, Netaji Subhas Chandra Bose.

Bose was the first prime minister of the Provisional Government of Free India, a government-in-exile established in Japanese-occupied Singapore on October 21, 1943. Azad Hind was a legitimate govt with its own territory, Army, population, currency, and diplomatic relations; it was recognised by more than seven countries. Thus, it is clear that it was Bose who replaced King George V once the British left India. As per researcher and author Anuj Dhar, who is also the founder-trustee of a not-for-profit organisation, Mission Netaji, “The Congress governments had no intention of removing the statue of King George V from the canopy near the India Gate. This had to be forcibly removed in 1968, when agitated citizens threw stones at it, breaking its nose and ears, and placed Netaji’s pictures there. After this, successive governments floated proposals in the Parliament to install a statue of Gandhi there. This was even accepted by the Cabinet in 1993, but it never materialised.”

Mission Netaji campaigns for the declassification of documents concerning Bose: 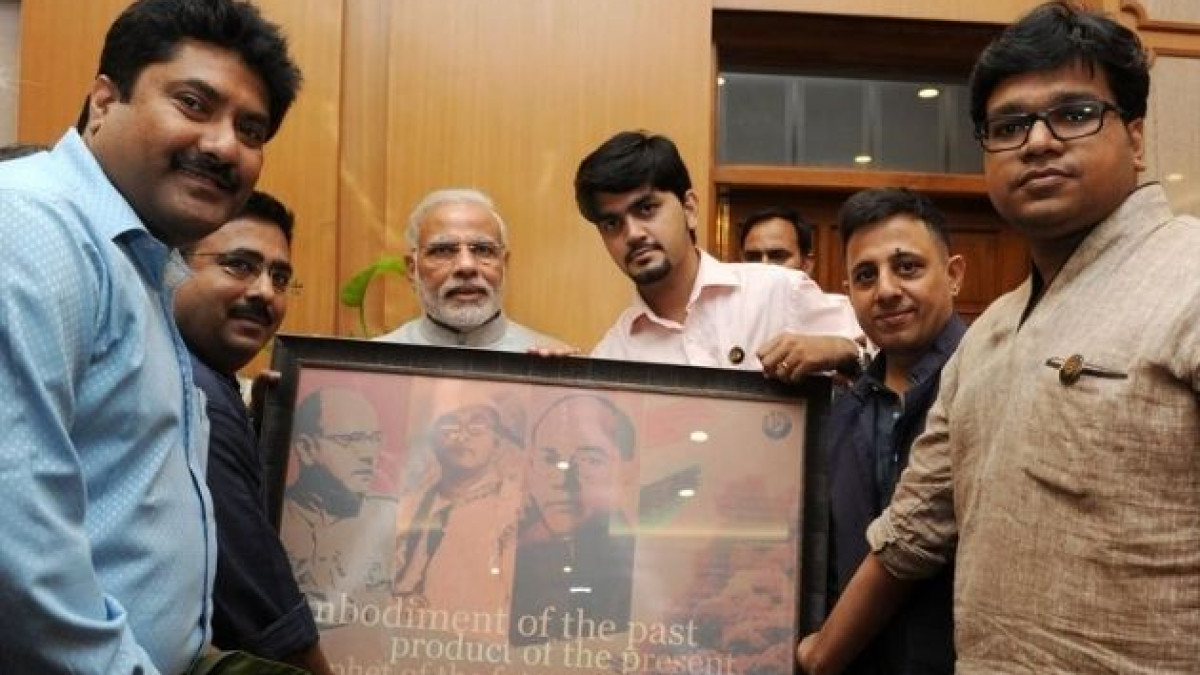 "We started it sixteen years ago with a dream of finding the truth about Netaji, propagating his legacy and ensuring that it gets the prominence it deserves. We have met many prominent personalities in India and abroad, used all legitimate and lawful measures to dig out the truth from around the world over. We have used every form of media to highlight our findings and take them to the maximum number of people. Within the first 4-5 years, we began to feel the change in people around us. They became more receptive and eager to know more about Bose but nothing much happened beyond that.

We were sure that it was politics that had sidelined Subhas Chandra Bose in the national narrative and it would have to be politics that would bring him back. It was only when people came out to the streets and demanded the truth that politics would take note. Every time a sensational document was unearthed by us and released in the media, we would be hopeful that this might just do the trick, that this might wake them up, but nothing did. One such finding of ours was the fact that the Nehru government was spying on Subhas Bose’s family. This story continued in the media for close to a week in September 2015 after which the West Bengal government, led by Mamata Bannerjee, decided to declassify 64 files pertaining to Netaji. His death has been mired in mystery and conspiracy theories around his death have multiplied through the decades. The people of India must know the truth. Even the Bose family has been demanding the declassification of the Bose files.

In October 2015, the Mission Netaji team was invited by Prime Minister Narendra Modi to his residence. He heard us and promised to do everything possible in his capacity to help find the truth and establish the legacy of Netaji. He has kept his word and since then a number of files/documents have been declassified by this government. However, there are still a lot of files that hold the key to the truth about Netaji’s death. Modiji has also taken a lot of steps to ensure that the legacy of Netaji remains alive, starting with getting the INA men in the Republic Day Parade, creating an INA Museum in the Red Fort, installing a statue of Netaji in Port Blair, and renaming the Ross Island in the name of Bose. The Republic Day celebrations from now onwards will start from January 23, which the government has decided to celebrate as ‘Parakram Diwas’ to commemorate the birth anniversary of Netaji. It seems that the Government is preparing the nation and its citizens for a bigger announcement on Independence Day this year. We, the members of Mission Netaji, would like to thank the government and everyone who participated in the decision-making process to make this happen."