Lal Chowk, a business hub in Kashmir’s summer capital is named after the central marketplace in Moscow named Red Square.

On 26 January when a tricolour was hoisted by an activist on the top of Clock Tower in the Lal Chowk, a Delhi based activist-journalist tweeted, “Tricolour comes up for the first time over the Ghantaghar at Lalchowk of Srinagar, Kashmir on India’s 73rd Republic Day today. Marking the end of Pakistan sponsored separatism.”

Everything in Kashmir is happening “for the first time” since August 5, 2019, when Article 370 was abrogated and Jammu and Kashmir were turned into Union Territory. Even if children walk on the street cheerfully, that is also happening for the first time. As if earlier we were all sad-looking people. An impression is being given that in the past 70 years Kashmir was on another planet and it was brought on the earth only after August 5, 2019. 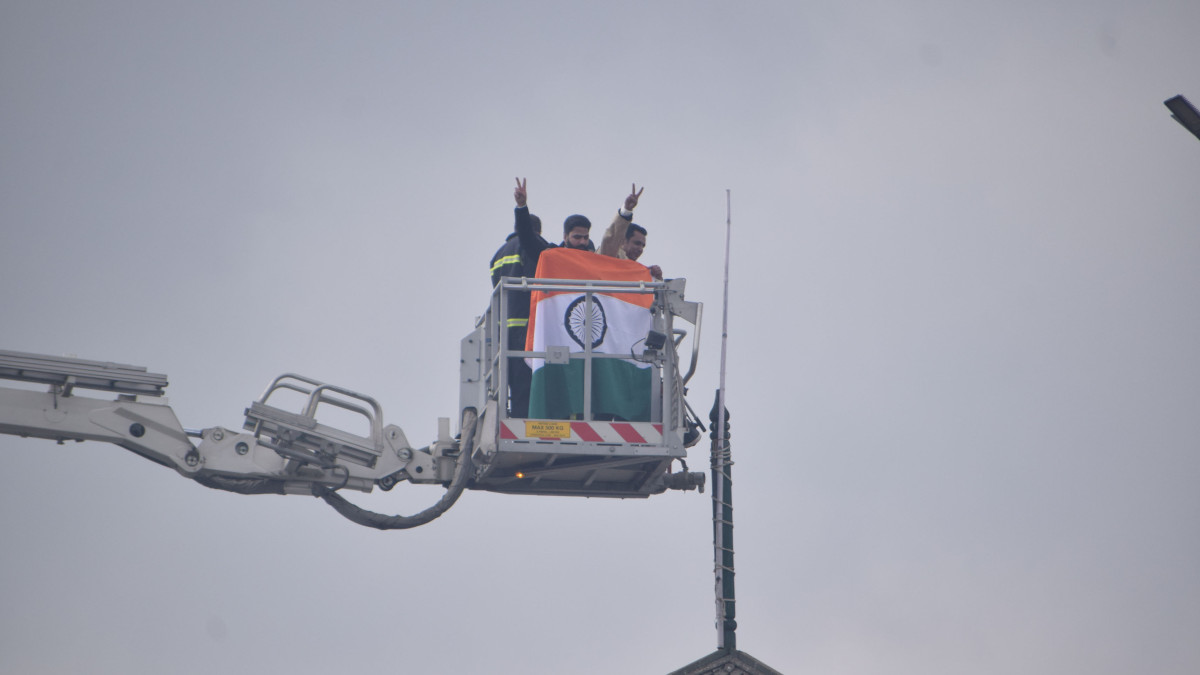 This “first time in the Valley” debate sharpens when anything happens in and around the Lal Chowk.

There is an old photo of the first Prime Minister of India Jawaharlal Nehru and the then Prime Minister of J&K Sheikh Mohammad Abdullah addressing people in Lal Chowk. It is from 1949. In the picture along with Nehru, the tricolour and erstwhile J&K state flag are seen.

In January 1992 the BJP leader Dr Murli Manohar Joshi and Prime Minister Narendra Modi unfurled Tricolour in the Lal Chowk. There are many pictures from 2005, 2006 and 2007 when Tricolour was hoisted on Lal Chowk and the clock tower.

J&K: Lal Chowk Lit Up Ahead Of Independence Day

In August 2021, Srinagar Mayor Junaid Mattu took to Twitter and shared a photograph of the clock tower that was lit up by the district administration. That time also it was described as a first. "We have illuminated the Clock Tower (‘Ghanta Ghar’) at Lal Chowk in colours of the Tricolour ahead of Independence Day. New clocks fitted," Mattu had tweeted.

On June 27, 2008, when massive protests erupted in the Valley, thousands of people amidst pro-freedom slogans hoisted scores of green flags on the Tower.

In September 2010 amid protests against a series of killings of teenagers by the security forces, green flags were hoisted on the Clock Tower and Lal Chowk. Later in 2016 as protests erupted across the Valley over the killing of militant commander Burhan Wani, protesters wrapped the tower in Pakistani flags. 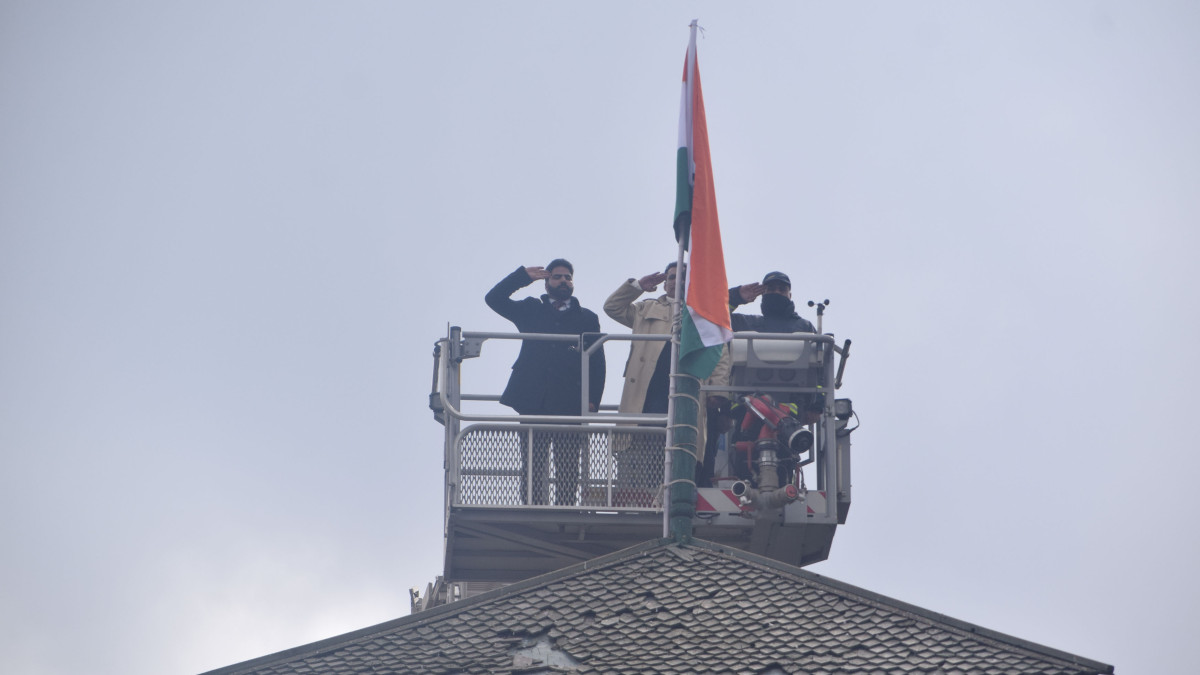 Lal Chowk, a business hub in Kashmir’s summer capital is named after the central marketplace in Moscow Red Square.  It is assumed a group of enthusiastic Communists in Srinagar named it Lal Chowk after Lenin seized power in Moscow in 1917. Over the decades Lal Chowk became a symbol of left-leaning Kashmiri nationalistic politics practised by Sheikh Mohammad Abdullah when the Soviet Union was ascending to power. After the arrest of Sheikh Mohammad Abdullah, National Conference workers would converge in Lal Chowk and other areas for protests.

In 1980, Bajaj Electricals raised the clock tower in the middle of the Chowk. It initially served as an advertisement for Bajaj in Srinagar and later for years it was not renovated and it stopped functioning. But in Kashmir, even an advertising symbol becomes a political symbol. The Lal Chowk and the clock tower have become a new symbol of Kashmiri politics. And the objective of successive Indian governments has remained to wrest control of this significant symbol of Kashmiri politics. Hence hoisting tricolour amid heavy security presence or dancing around it.

That is why over the years since 1992 several organisations and even individuals would issue statements saying they are going to hoist the Tricolour in the Lal Chowk making the exercise look as if it is happening “for the first time.”f