War And Peace: Account Of An Indian Family From Kyiv, The Ukrainian Capital Under Siege

Here comes an account of a Bengali businessman Suvra Chakraborty sharing his tryst with the Soviets which began at a time when Mikhail Gorbachev’s Glasnost and Perestroika paved the way for the end of the Communist rule after seven decades.

“I was completely dumbstruck and didn’t know how to react. I called up my office staff and my friend Herman but couldn’t get through to their mobile phones,” said a crestfallen Suvra Chakraborty, who landed in his hometown of Kolkata only the previous night for a private trip with his wife Paramita and the next morning he was served the bed tea with the news of the blitzkrieg that Vladimir Putin’s Russia unleashed on Ukraine. 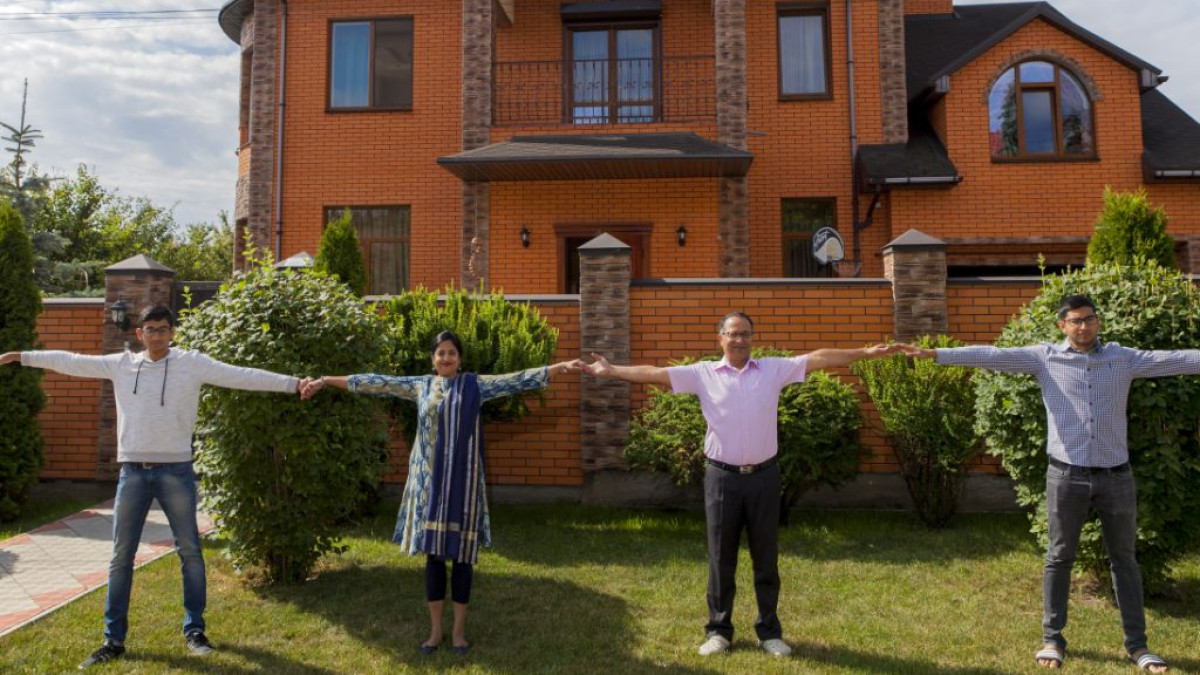 Suvra Chakraborty with wife Paramita and their sons

“It’s a sad day for mankind. We have promoted peace for Ukraine, for Russia and for the whole world through our music and art and look what we have come down to today,” a visibly shaken Chakraborty lamented. An intrepid entrepreneur and one of the most prominent Indians in Ukraine over the last few decades, Chakraborty helped renowned Ukrainian music maestro and his co-founder of Kyiv-Classic Orchestra, Herman Makarenko, overcome depression in 2014 following Russia’s annexation of Crimea and the subsequent unrest in Donetsk and Luhansk with a concert featuring 200 children from different parts of the then volatile Ukraine, including restive Crimea, Donetsk and Luhansk. That peace-promotion endeavour eventually brought Makarenko the prestigious UNESCO Artist for Peace award at UNESCO Headquarters in Paris in 2016. 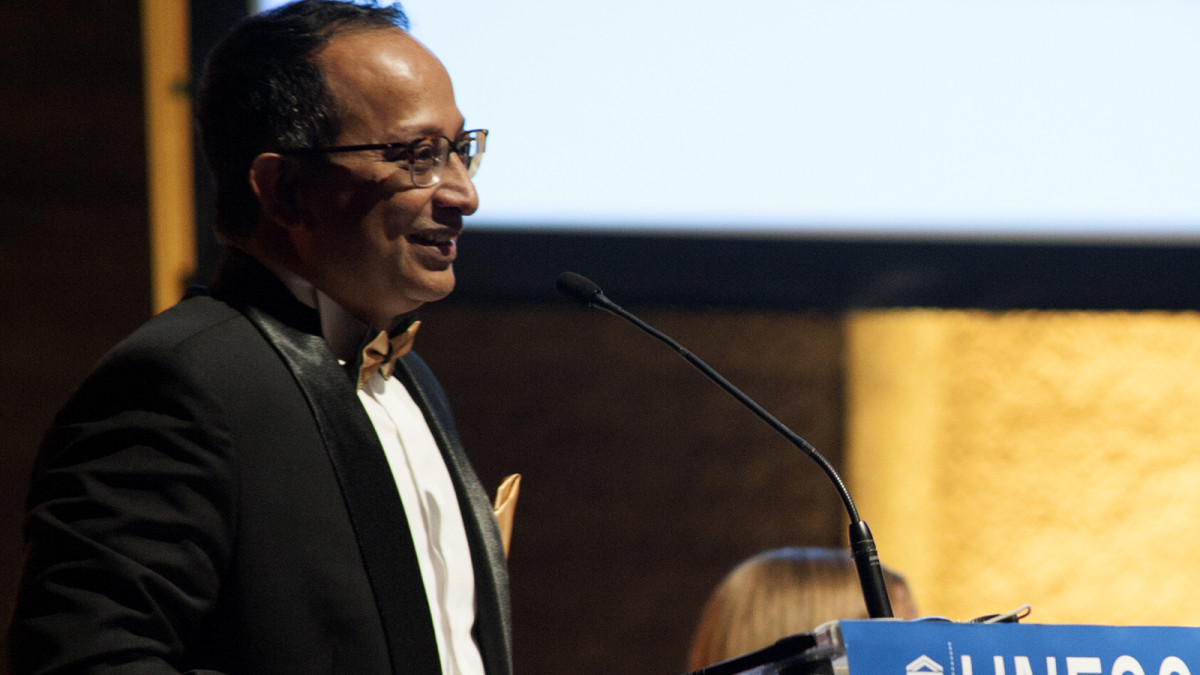 “I have seen the Russian Federation and Ukraine together as a single country during the days of the undivided Soviet Union, I have watched them disintegrating from each other during the collapse of the Soviet, have also witnessed how they became bitter enemies of each other in all these years and decades. But today, my heart was broken when I got to know that the two countries are engaged in a full-blown war, and innocent lives are lost,” a dejected Chakraborty mentioned.

The Bengali businessman’s tryst with the Soviets began at a time when Mikhail Gorbachev’s Glasnost and Perestroika paved the way for the end of the iron-fisted Communist rule after seven decades. The bespectacled 'bhadralok' informed, “I went to the Soviet Union to study in 1985, and my first visit to Kyiv was a year after the cataclysmic Chernobyl catastrophe of 1986. A few years later, I emerged as an entrepreneur after setting up my own export business on Ukrainian soil in Kyiv.”

He got married in 1994 and, a few months later, brought his wife to the Ukrainian capital. “At that time, most of my family members in India didn’t even know the name of Ukraine or Kyiv. We had a tough time in making them understand that it’s a newly independent country from the erstwhile Soviet Union,” Paramita reminisced. The couple started learning both Russian and the local Ukrainian languages for survival soon after their respective arrivals in that part of the world, and these days, they often speak to each other in both Russian and Ukrainian with almost native-level fluency, apart from predominantly using their mother tongue of Bengali, at home. “But today, we can’t find any language or words to express our pain and agony,” Paramita remarked. They built their dream home brick by brick on the outskirts of Kyiv a few years ago, but now, they are worried. “We don’t even know whether it will withstand the ongoing war or not. It’s too much of a trauma for us,” she anguished.

The Russia-Ukraine War A Blip For India’s Renewables

Ukraine Invasion: What To Know As Russian Troops Sweep In

But how did it all start? Chakraborty explained, “It’s very difficult to say what are the differences between the Russian people and their Ukrainian counterparts. They have previously shared the same language, religion, culture, tradition, and history. Most of the families I know or have met in Ukraine have members from both Ukraine and Russia. It’s quite like the Bangals (those who have migrated from Bangladesh) and Ghotis (those who are originally from this part of West Bengal) in my home state of West Bengal.”

“If you go back to history, the erstwhile Soviet society was driven by one ideology. But after its disintegration, both Ukrainians and the Russians were lured by the glitz and glamour of western society and its lifestyle. However, Putin’s ascent to power ideologically brought back the Russians to take pride in their past glories while the Ukrainians were being started courting by the US, European Union, and NATO. So there began the chasm in the two neighbouring countries,” Chakraborty mentioned, adding, “What you see today is the result of the self-imposed divide between two beautiful societies, cultures and countries with amazing natural resources. It’s sad the two neighbours chose to burn the bridge.”

The man, whose Kyiv headquartered company AMC Overseas with the tagline of “Taking Ukraine to the world,” is specialized in trading from Ukraine, including its largest export product of sunflower oil, advised, “As a businessman, I have seen how trade and commerce drive a country’s progress, and the west has done that. It’s a great leveller, and there is less chance of war if you have a good trade. But they chose to forego their trade relations and instead joined the arms race.”

“Russia and Ukraine were the biggest trade partners of each other at one point, but subsequently, they forego that advantage to reach this point of almost no return. So I think as an Indian, I also hope that our motherland won’t fall into that trap where a divided and economically unstable country is attacked by a neighbouring aggressor,” Chakraborty, who co-produced a soon-to-be-released film titled A Holy Conspiracy, starring the late Soumitra Chatterjee and Naseeruddin Shah, sounded a note of caution.