After the band wrapped its show at the Wiener Stadthalle arena, a screen displayed the phrase "KISS loves you Vienna" as fans were leaving the arena. As per Variety, audience members began to notice the 'KISS' logo featured the Australian flag, rather than the flag of Austria, of which Vienna is the capital. Naturally, photos of the mishap started to circulate online. 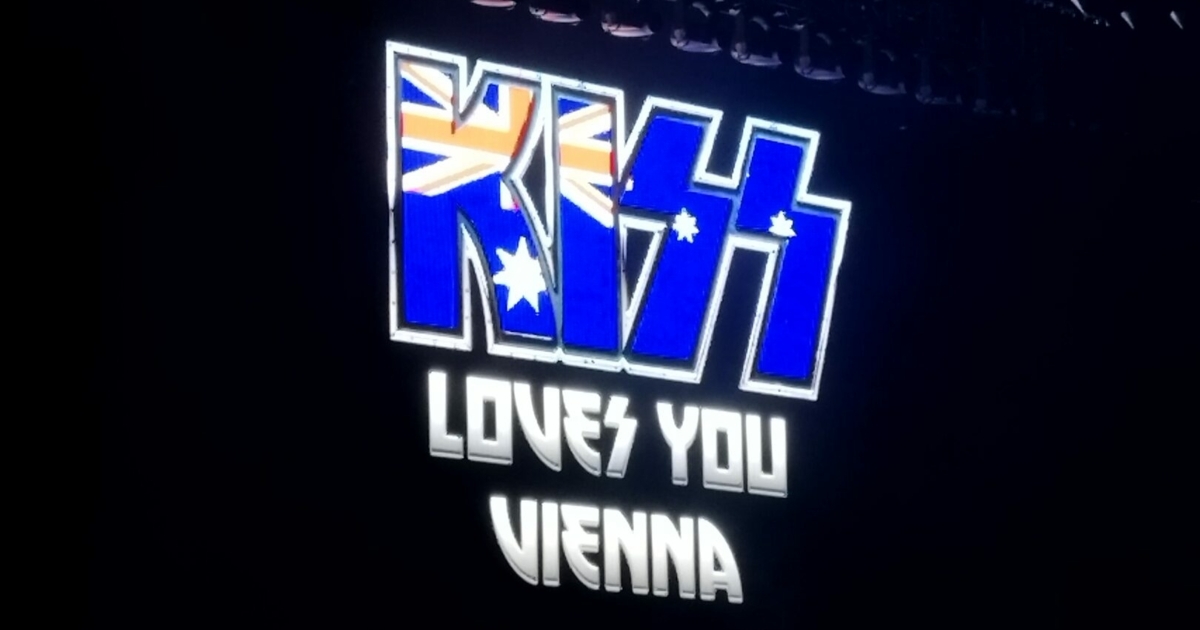 The band is yet to comment and react to the slip-up in spite of the flood of photos and wisecracks being exchanged over social media in the days since the performance. The 'KISS' camp had earlier suffered a geographically related blunder as well. Last year, there was a misspelling of 'Cincinnati' (adding an extra "T") on city-specific tour shirts. The merchandise was only available at the band's August 29 show at Riverbend Music Centre in the Midwestern Queen City.

Variety further states that 'KISS' is currently on its 'End Of The Road' world tour, which will continue across Europe until late July. In August, the band will return to Australia, before concluding its 2022 tour dates with North American festivals in September and October.