There will be no room for complacency for Eoin Morgan's England against Bangladesh - the team that brought an end to their 2015 Cricket World Cup campaign. 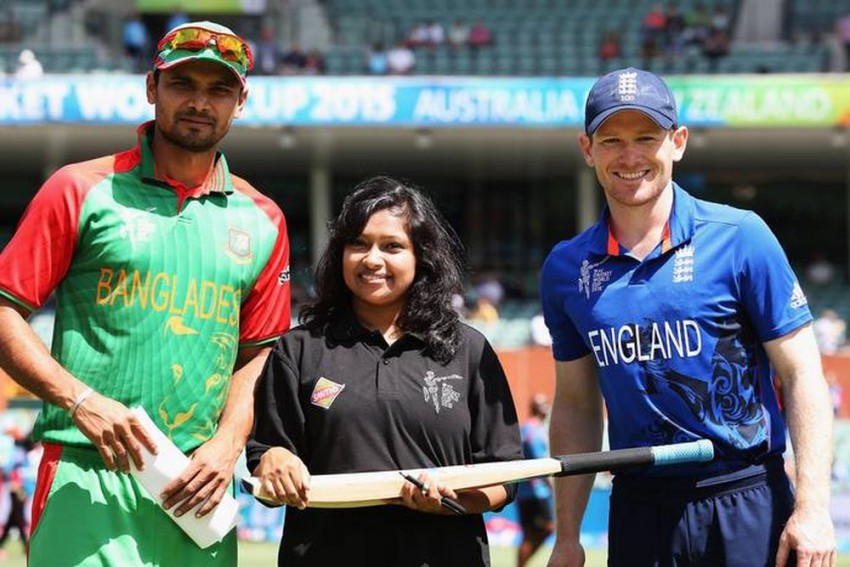 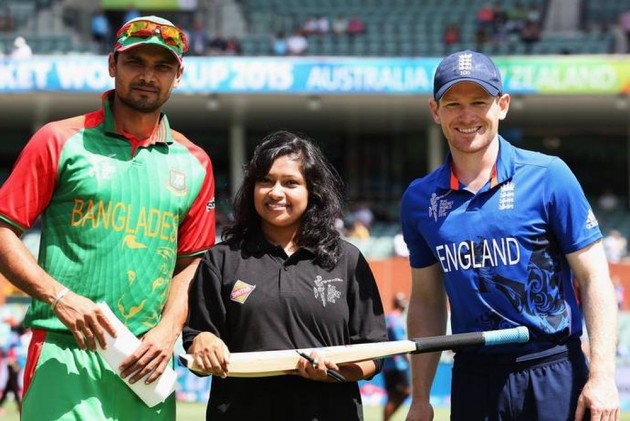 England will face the side who kick-started their transformation into a major threat in one-day internationals when the tournament hosts continue their 2019 Cricket World Cup campaign against Bangladesh in Cardiff on Saturday. (FULL SCHEDULE | POINTS TABLE | NEWS)

At that point there was no longer any way of hiding England's white-ball woes and, with a home World Cup up next, then England and Wales Cricket Board director Andrew Strauss was determined the national side's limited overs form had to improve.

To that end, Peter Moores was sacked as coach, with Strauss bringing in experienced Australian Trevor Bayliss as his replacement.

Since that debacle 'Down Under', England have risen to to the top of the one-day international rankings.

But having started their quest to win a first men's World Cup with a 104-run thrashing of South Africa at The Oval, they head into this weekend's clash on the back of a surprise 14-run defeat by Pakistan.

That match saw England lose their cool, with opening batsman Jason Roy and fast bowler Jofra Archer both fined for lapses in their conduct on the field.

Meanwhile if England were annoyed by some of Pakistan's 'verbals', there were times when the large contingent of fans for the sub-continental side -- a common sight even when England are at home -- also had an effect.

England all-rounder Chris Woakes, usually the most mild-mannered of cricketers, put his finger to his lips in a bid to 'silence' Pakistan supporters after taking a catch on the boundary.

It could well be a similar story at Sophia Gardens on Saturday, particularly as several players on both sides who featured in England's ill-tempered 2016 win over Bangladesh in Dhaka are likely to be involved again.

England fast bowler Liam Plunkett, who could be recalled after missing the Pakistan defeat, said his team-mates knew how to maintain their composure.

'The way they play'

"Pakistan are pretty good like that, they can get niggly. When they're on top they're good at doing it," said the 34-year-old.

"Similarly Bangladesh and India, they're good at doing that, good at appealing quite a lot. It's just the way they play their cricket.

"But we've played in big competitions, guys have played around the world - at IPL (Indian Premier League) and Big Bash in front of big crowds -- it shouldn't be too much for the players." Bangladesh also head into the weekend following a defeat after losing out by two wickets in a tense contest with New Zealand.

But Plunkett said the days when the Tigers were rank outsiders away from the sub-continent had gone.

"There's no real shock defeats in this competition," he insisted.

"They're a strong squad. I remember when they beat England way back when (in Bristol, 2010) and it was a shock defeat.

Adil Rashid bowled five costly overs against Pakistan and, given the leg-spinner's ongoing shoulder injury, England may decide to leave him out on Saturday.

For Bangladesh, a match at Sophia Gardens sees them back at the scene of one of their greatest triumphs -- a 2005 ODI win over Australia, then as now world champions, that is arguably the biggest upset in the history of international cricket.

Mashrafe Mortaza, who played in that stunning five-wicket success, is now Bangladesh's captain.

He took heart from how Bangladesh had nearly defended a target of 245 against New Zealand, saying the team were in good spirits as they prepared to face England.

"I think they (England) are one of the biggest side in this tournament. It's not going to be easy, we knew that," said Mashrafe.

"But again, if we can play our best possible cricket, you never know."