Babar Azam has become the first player to win ICC Player of the Month award on two occasions. He was earlier crowned in April 2021.

The two most successful sides in ICC Women's World Cup history, Australia and England meet in a final for the first time in 34 years. Watch AUS-W vs ENG-W final live. Alyssa Healy's century helped Australia win the semifinal match against West Indies. The game was reduced to 45 overs a side due to rain. With four wins in four, Australia are at the top of the ICC Women's World Cup 2022 table with 8 points. West Indies are fifth with four from four. 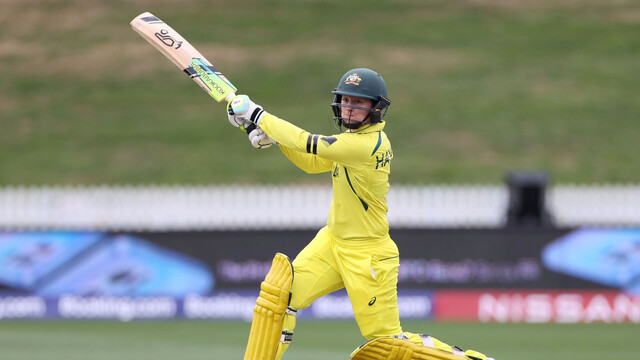 Australia women have a 12-0 head-to-head record against Pakistan women in ODIs. Gets the live streaming details of AUS-W vs PAK-W here.

Chasing Australia’s 310/3, Nat Sciver’s 109 not against kept England in the chase but eventually fell short as the defending champions ended at 298/8.

The ICC Women’s Cricket World Cup 2022 will start on Friday with hosts New Zealand playing West Indies in the opener.