The bases in Chhattisgarh are located in Dubbakonta under Chintagupha police station jurisdiction in Sukma and Nambi that lies within the Usoor police station limits in Bijapur. The third has been created in the West...

Rahul Gandhi will address a mega public meeting in Ballari, in poll-bound Karnataka, on Saturday to mark the 1,000-km milestone for the Bharat Jodo Yatra. Chhattisgarh on Tuesday reported 54 new Covid-19 cases at a positivity rate of 1.28 percent, taking the overall tally to 11,77,221, while no fresh death linked to the infection was registered in the state, an official said. After torching the vehicles, Maoists fled into a forest. They have, in the past also burnt vehicles engaged in mining-related work in the area. Tribal aspirations, ranging from better schools to simplification of forest laws in favour of tribals, to recognition of tribal religions and tribal empowerment, have soared with the election of Droupadi Murmu as the first...

Chhattisgarh recorded 165 Covid-19 cases at a positivity rate of 1.54 percent.

132 new Covid-19 cases at a positivity rate of 1.17 percent have been reported in Chattisgarh.

Some people took shelter under a tree after it started raining heavily and lightning struck them, killing three of them on the spot. The incident took place in...

78 new Covid-19 cases have been reported in Chhattisgarh, no deaths as of yet.

20 new cases of Covid-19 have been detected in Chattisgarh. No deaths yet.

Chhattisgarh: One Dead, 18 Fall Ill After Eating At Village Market In Bilaspur

The victims had eaten gupchup, a spicy snack commonly known as pani puri, from a pushcart vendor in the village market on Sunday and complained of vomiting and... 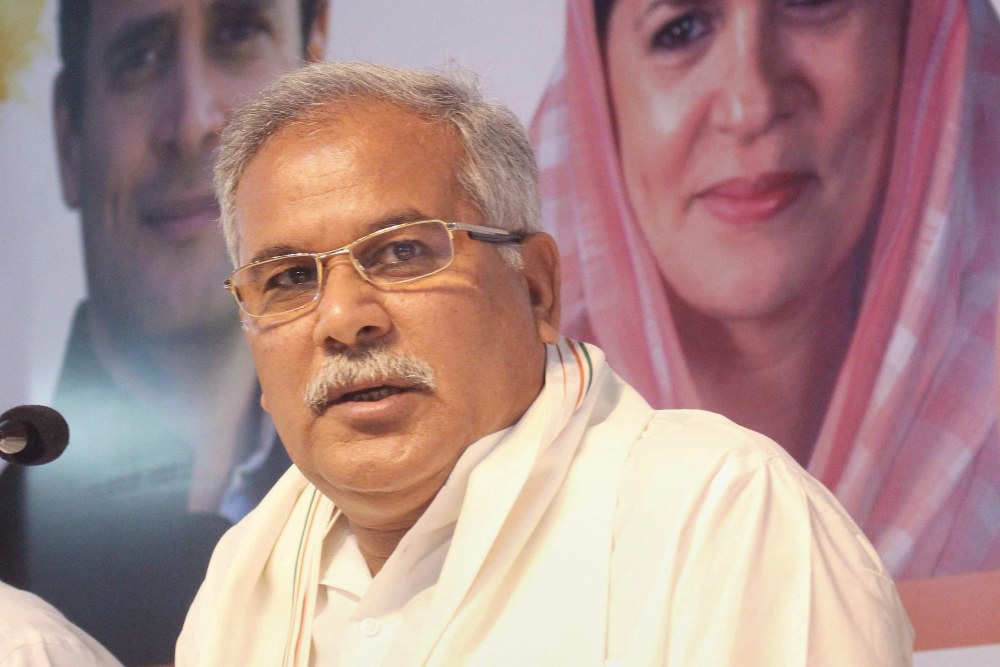 People will have easy access to around 100 services, like obtaining birth, marriage, caste, domicile, income and death certificates, through this scheme, said...

The approval has come after Chief Minister Ashok Gehlot met Chhattisgarh Chief Minister Bhupesh Baghel in Raipur on Friday and requested for early issuance of...

He also accused the Bhupesh Baghel-led Congress government in Chhattisgarh of not cooperating with the aviation ministry in its efforts to expand aviation...

Congress leader Rahul Gandhi attacked BJP saying the party and its ideology are taking India towards danger, and added that division of the country is the...