A recent judgement by Karnataka High Court exposes the gross inadequacies in current laws to stop corruption in cricket.

More from Jay Sayta
View All

The issue of fixing of cricket matches is a perennial problem and one that has hurt the sentiments of the cynosure of the game. Former Zimbabwean captain Brendan Taylor’s recent revelations that he was asked to fix international matches by Indian businessmen has raised a bit of storm and reignited the question about how deep the malaise of match-fixing runs in the world of cricket. (More Cricket News)

While most followers of the game admit that the rot indeed runs deep, a recent Karnataka High judgment dated January 10, 2021 that quashed criminal proceedings against Karnataka Premier League (KPL) cricketers and bookmakers who were charged with fixing matches exposes the gross inadequacy in the current law to deal with those responsible for destroying the sanctity of the game and fooling crores of cricket lovers.

This weekend in Bengaluru, 10 Indian Premier League teams will be spending crores to pick their teams for IPL 2022. This time, the IPL auction will be a mega one and players from all corners of the world will vie for a piece of the huge cake on offer. Interestingly, S. Sreesanth, who was at the heart of the 2013 IPL spot-fixing scandal and was banned from the game by BCCI, will be part of the big auction. But what will embolden bookies to exploit the vulnerable cricketer is an inadequate law.

In its judgment in response to a writ petition in the High Court for quashing of charges filed by former Ranji Trophy cricketers CM Gautam and Abrar Kazi, some bookmakers and other persons, Justice Sreenivas Harish Kumar noted that although match-fixing may indicate dishonesty, indiscipline and mental corruption for which BCCI can take action against errant cricketers and officials, including banning them, no ingredients of the offence of cheating and criminal conspiracy under the Indian Penal Code (IPC) can be made out.

Not a specific offence

Justice Kumar quashed the allegations of cheating levelled against Gautam, other cricketers and bookmakers on the ground that the essential elements for invoking the offence of cheating under Section 420 of IPC, i.e., deception, dishonest inducement of a person to deliver any property or alter or destroy any valuable security are not met.

The High Court did not accept the argument of the Karnataka government that cricket lovers buy tickets to watch the match and are induced to part with their money to watch a fair game, but are deceived by cricketers who pre-decide the outcome by engaging in match or spot fixing with bookies.

The court while rejecting this argument observed that spectators buy tickets to watch cricket matches voluntarily and are not induced to buy such tickets, and thus the key ingredient of inducement to deliver any property or valuable security, required to prove the offence of cheating is missing.

Karnataka High Court’s judgment is in line with other investigations and court rulings on the murky issue of match-fixing and spot-fixing in cricket. 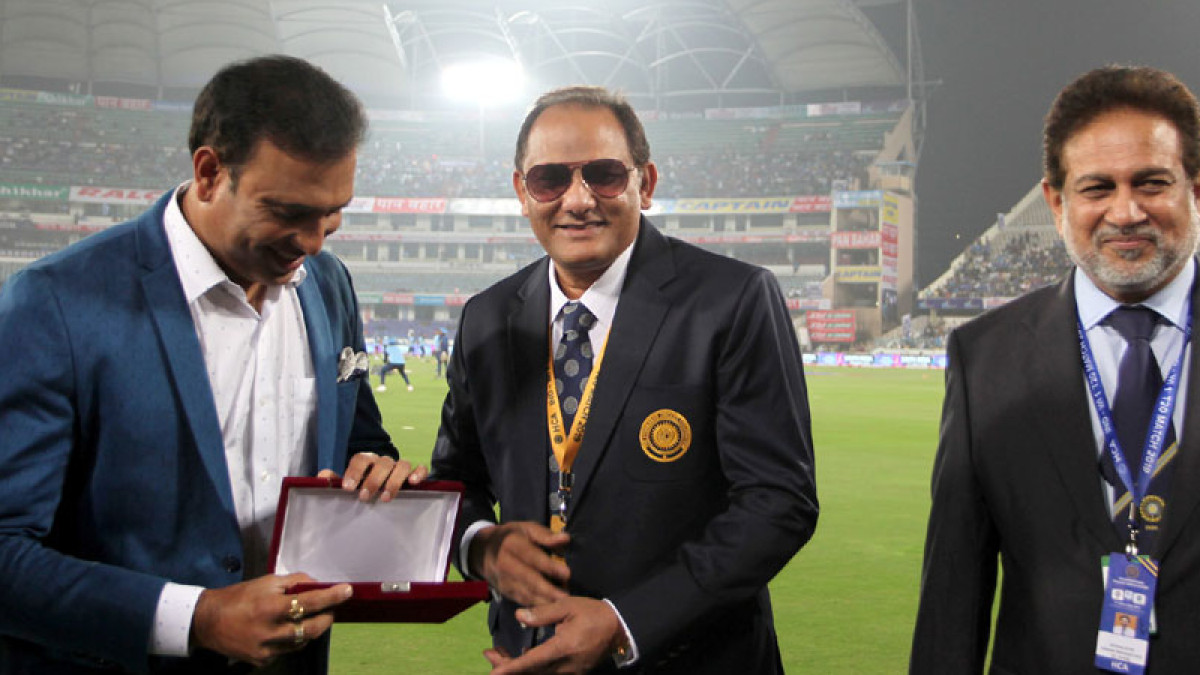 Former cricket captain Mohammed Azharuddin was in the eye of a match-fixing form. He missed playing his 100th Test.

In the year 2000, while investigating allegations of match-fixing against former India cricket captain Mohammed Azharuddin and others, the Central Bureau of Investigation (CBI) on the basis of legal opinion received from jurists and legal experts concluded that the conduct of match-fixing by cricketers could not be brought within the parameters of ‘cheating’ as defined under the IPC and as such the errant cricketers cannot be prosecuted for the same.

In 2015, while discharging Sreesanth and 35 others of the offence of cheating as well as the draconian Maharashtra Control of Organised Crime Act, 1999 (MCOCA), Additional Sessions Judge of Patiala House, New Delhi, Judge Neena Krishna Bansal ruled that the offence of cheating cannot be invoked in cases of instances of fixing in cricket matches.

Judge Bansal reasoned, on the same lines as the Karnataka High Court, that in case of fixing in cricket matches, there is no wrongful loss cause to spectators and further the offence of cheating cannot be committed in rem (against the public at large) and must be against a specific person.

Judicial rulings have now exposed the lacunae in existing laws and confirmed the long-held view that deliberately altering the outcome of sports matches for monetary gains does not amount to any offence, although sports bodies can take disciplinary action against officials and sports-lovers indulging in such acts.

However, given that instances of fixing are now known to be deeply ingrained in cricket and defile the purity of the gentleman’s game while making a mockery of spectators who expect a fair match, a separate law is needed to clearly define cheating or manipulation of sporting events and punish all those responsible for or abetting such manipulation.

Disciplinary action by sports association can be seen nothing more than a slap on the wrist of players, who would still not be required to either pay monetary fines, disgorge their ill-gotten gains or serve time in prison. Further, disciplinary action of cricket boards cannot extend to other abettors or conspirators of fixing such as bookmakers or support staff etc.

It can be argued that some legal provisions in certain states such as Section 130 of the Maharashtra Police Act and Section 108 of the Delhi Police Act which provide for punishment of cheating for malpractice in wagering on any sport or game for any unlawful gain can be applied in cases of match-fixing.

However, even these provisions are grossly inadequate as they do not clearly provide punishment for sportspersons and all conspirators nor do they envisage or encompass all situations of manipulation of sporting events.

The central government had in 2013 attempted to draft a new legislation, the Prevention of Sporting Fraud Bill to criminalise sporting fraud, i.e., any attempt to manipulate the outcome of sporting events or exchange inside information with punishment of up to five years imprisonment and fine of INR 10 lakh or five times the economic benefits derived from such manipulation.

Lok Sabha MP Shashi Tharoor had also introduced a similar private member’s bill in 2018 called the ‘Sports (Online Gaming and Prevention of Fraud) Bill’. The Bill also defined the offence of sports fraud and provided punishment for the same while paving way for licensed and legalised online sports betting subject to stringent restrictions.

Unfortunately, Tharoor’s private member’s bill has lapsed following the end of the tenure of the 16th Lok Sabha and the central government has shown no inclination to introduce and pass the 2013 legislation that was drafted and put out in the public domain.

Until a strong legislation to curb the menace of manipulation and fixing in sport is passed by the Parliament, incidents of spot-fixing and match-fixing will continue unabated at all levels of the sport, as players are aware that ultimately, they would go scot-free despite defiling the sanctity of the game. It is unfortunate that the central government has not considered eradicating the menace of match-fixing its priority and allowed the rot in cricket (and other sports) to thrive. (To be concluded)

(Jay Sayta is a technology and gaming lawyer based in Mumbai. Views expressed are personal.