An official statement stated that the 'contents of the blocked apps, website, and social media accounts had the potential to incite communal disharmony and separatism'.

The Ministry of Information and Broadcasting (MIB) on Tuesday ordered the blocking of apps, websites and social media accounts of the international channels, ‘Punjab Politics TV’ that is said to have close links with the banned organisation, Sikhs For Justice (SFJ). SFJ has been declared unlawful under the Unlawful Activities (Prevention) Act, 1967.

“Relying on intelligence inputs that the channel was attempting to use online media to disturb public order during the ongoing State Assembly Elections, the Ministry used emergency powers under the IT Rules on 18th February to block the digital media resources of Punjab Politics TV,” an official statement read. 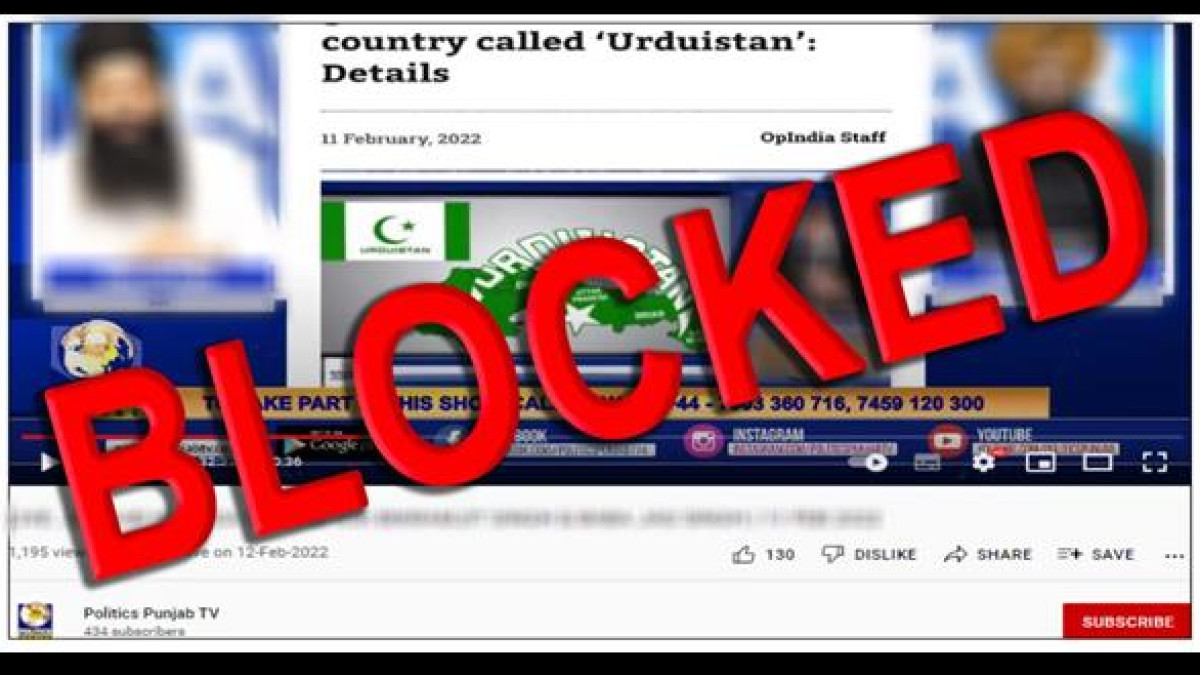 The content of the blocked app was found to be detrimental to the sovereignty and integrity of India, security of the State, and public order. The statement further stated that the “contents of the blocked apps, website, and social media accounts had the potential to incite communal disharmony and separatism.”

According to the government officials, the launch of the new apps along with the media accounts was deliberately timed during the ongoing elections to gain traction.