Travelling across Spain to present a new documentary, The Beatles and India (2021), a directorial debut, turned out to be a magical mystery tour for Ajoy Bose.

The enduring love affair of the world’s greatest rock band with India marks a momentous cultural exchange half a century ago. When the film was screened at international festivals in three famous Spanish cities, many discovered this exchange for the first time

Travelling across Spain to present a new documentary, The Beatles and India (2021), my directorial debut inspired by my book Across the Universe (Penguin, 2018), turned out to be a magical mystery tour. It was a fascinating experience screening the film at international festivals in three famous Spanish cities —  Valladolid, Palma Mallorca and Barcelona — each so unlike the other, underlining the diversity of Spain. Yet audiences in all three cities unanimously embraced the story of the enduring love affair between The Beatles and India — many of them discovered for the first time the momentous cultural exchange half a century ago connecting the world’s greatest rock band and this country. 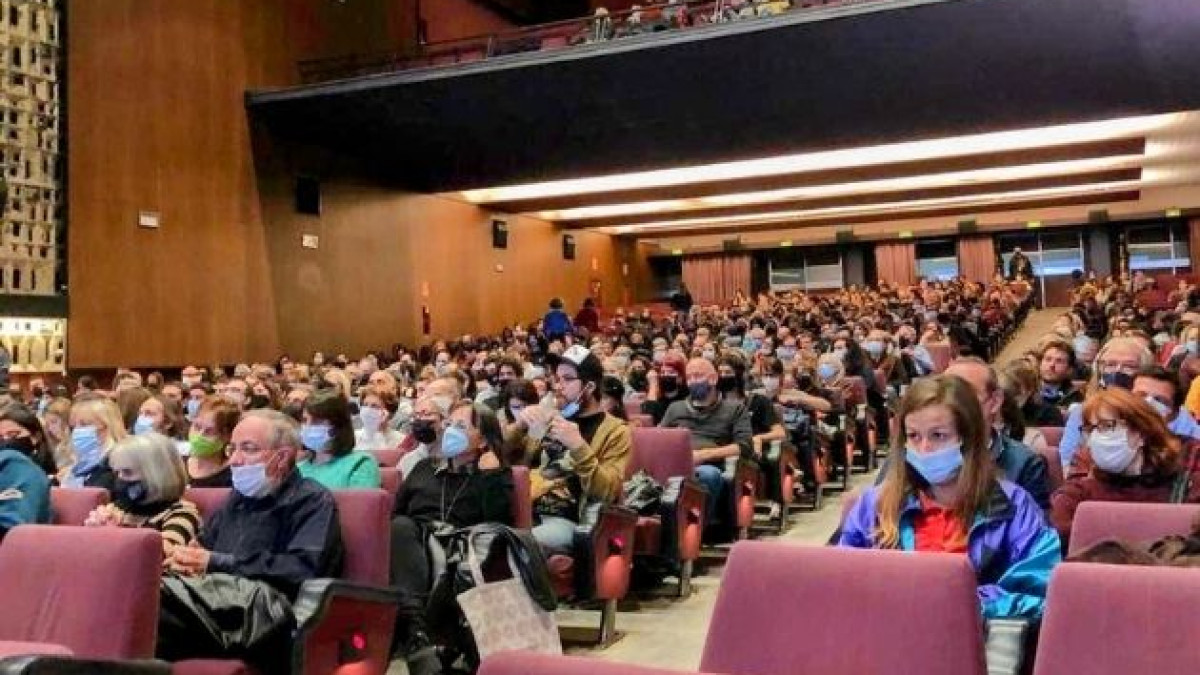 Audience in Barcelona for The Beatles and India first show.

I was accompanied by my producer Reynold D’Silva, a Goan domiciled in London for many decades and my quintessentially English co-director Pete Compton, along with a band — Mali, Tejas and Neil Mukherjee, contemporary Indian rock stars, a few of the several who had created an album of their own versions of Beatles songs, either composed in Rishikesh or influenced by India.

Our first stop was at one of the oldest international film festivals in the world, the 65-year-old iconic Valladolid International Film Festival, popularly known as Seminci. Amazingly, the festival that had started out in this medieval city, steeped in religious tradition, to promote moral Catholic values, has over the past half a century become known for screening bold art cinema from across the world that chose to stray from the beaten track and the demands of the box office. For instance, many decades ago, Seminci dared to screen Stanley Kubrick’s highly controversial and widely banned film A Clockwork Orange (1971). This year, the film’s anti-hero, Malcolm McDowell, was there in Valladolid — looking older but still with a wicked gleam in his eyes — to inaugurate the festival in celebration of the movie’s golden jubilee.
Adding star appeal to our travelling film troupe was Pattie Boyd, wife of George Harrison when he led the Fab Four to India. When I was researching my book four years ago, she had given an interview to me — the first and only one to an Indian out of the thousands of encounters with the media since her association with The Beatles — in which she provided insights and perspective on how her then-husband and his bandmates fell in love with India. Large portions of that more- than-hour-long recorded interview would become a commentary through the film, which adds further value to her contribution. 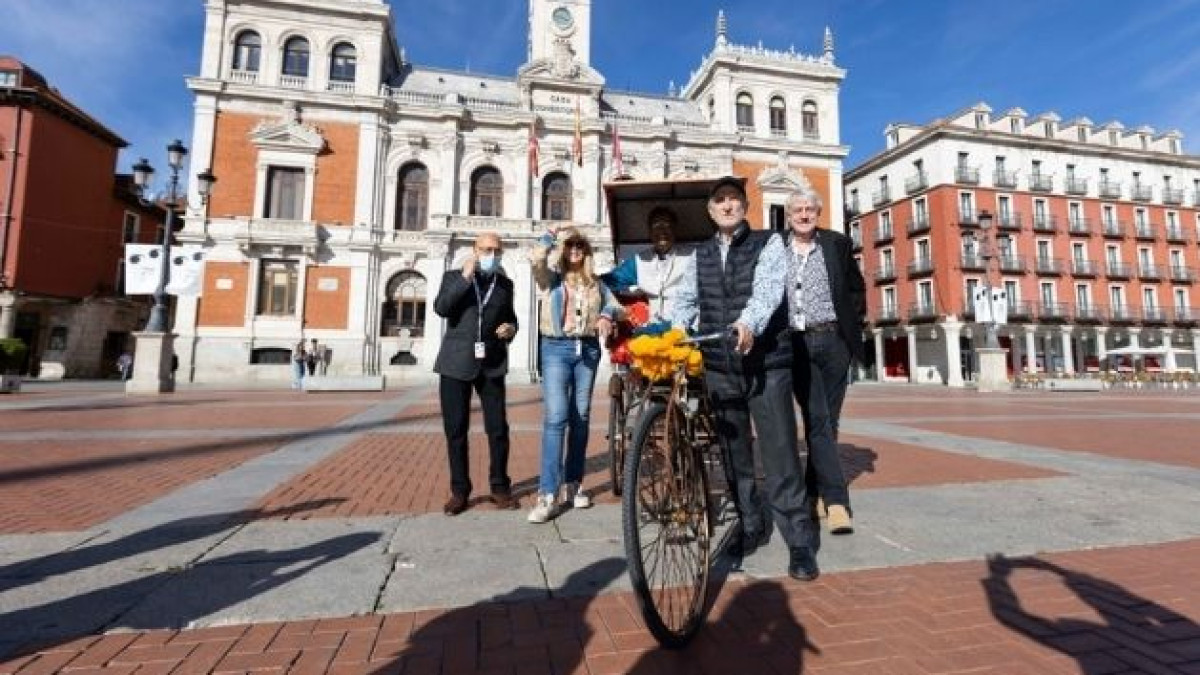 Pattie, still glamorous in her mid-seventies, created quite a flutter among the media in Valladolid. Cameramen clicked away as television, radio and print journalists jostled with each other for interviews with her, along with me and my co-director. There was even a photo-shoot in the town square of Pattie and The Beatles, and the India team posing around the ubiquitous desi-cycle rickshaw, with the Seminci festival director Javier Angulo, a renowned Spanish film scribe, who is also a Beatles fanatic; he had interviewed George Harrison not long before he passed away.

The cycle rickshaw came from Casa de la India, the Indian cultural centre in Spain, where it is a permanent feature. This astonishing little Indian oasis in the heart of a millennium-old city with a church or Catholic institution at every street corner is the handiwork of Spanish poet Guillermo Rodriguez, an expert on famous South Indian poet scholar A K Ramanujan. Over the past many years, Casa de la India has bustled with a variety of Indian cultural events organized by Guillermo and his team, along with his wife Monica Fuentes, a renowned Spanish Bharatnatyam danseuse. Indeed, it is a model that should be replicated across the world by India to export its cultural riches.

The Beatles and India exhibition, hosted by the Casa de la India, gave yet another dimension to our remarkable sojourn in Valladolid. Highlighting the close friendship and the bond between George Harrison and Pandit Ravi Shankar, the cultural centre was decorated with photographs of them at various junctures of their long and fruitful association, along with a recreation of the Rishikesh ashram. The sitar maestro was an honorary board member of the Casa de la India during his lifetime and his family had contributed several photographs, mementoes and a priceless sitar played by him all prominently exhibited. The crowds poured in from morning till evening to see the exhibition. There were standing ovations during and after the screening of the film and the concert by Indian artists marked a unique and memorable week in this historic city, the resting place of both legendary explorer Christopher Columbus and writer Miguel Cervantes, the creator of Don Quixote. 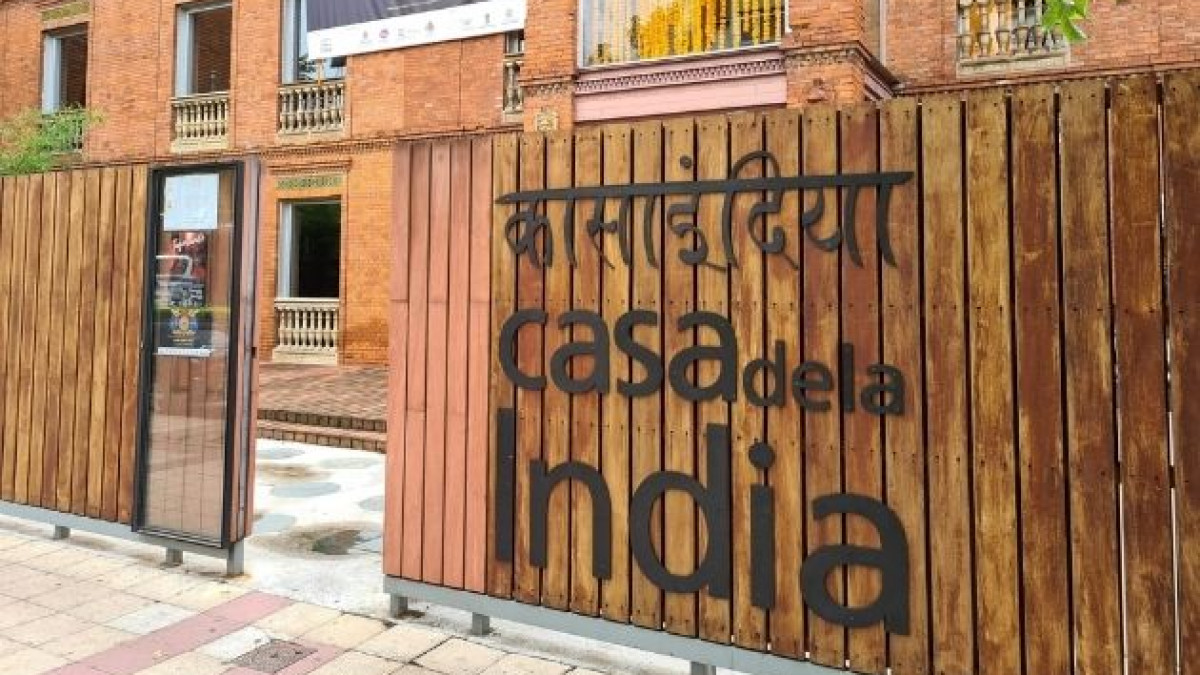 The Memory of First Love

Love Story: We Filled The Voids In Each Other’s Life

Measured Love: They Found Each Other In The Darkness Of Things

Our next destination with the film was an even older, almost ancient, city dating back to the Roman Empire. Palma De Mallorca in the south coast of the Mediterranean sea was once a Roman province, then a part of the Byzantine empire, under Islamic rule for three centuries during medieval times after being conquered by the Moors who, in turn, were driven out by James the First of Aragon in a Christian reconquest and subordinate to the Spanish monarchy.  Today, it is humming with nightlife thronged by international tourists, including the rich and famous drawn by the salubrious weather and balmy sea breeze as much as the magnificent cathedrals and ornate balconies in the winding narrow lanes of the old Moorish quarters.

The Evolution festival, much younger than Seminci, which celebrated its tenth anniversary in 2021, had a theme of “Bridging Cultures-Bridging People,” which totally suited the central message of The Beatles and India. Watched by a younger and more cosmopolitan audience, the film and the concert afterwards evoked perhaps an even more rapturous response than in Valladolid. The glamorous festival director Sandra Pilsky, a former actress, and the large number of students who thronged the festival venue presented an interesting contrast to the more traditional veneer of Seminci, but both shared the same passion for progressive out-of-the-box cinema and, of course, Beatlemania.

I ended my travels in Spain in the iconic cultural centre and metropolis Barcelona, the second-most populous city in Spain after its capital Madrid. Presenting the film at the prestigious In-Edit music documentary festival on my own, with the film team and band having dispersed, I was overwhelmed at the vast numbers who bought tickets for the two shows of The Beatles and India. At the inaugural show, where I introduced the film, well over 600 people had turned up and I was told by the organizers that the next show scheduled for the weekend was expected to attract hundreds more. I was struck by the knowledgeable and appreciative audience who repeatedly clapped and responded during my introduction and the screening of the film. 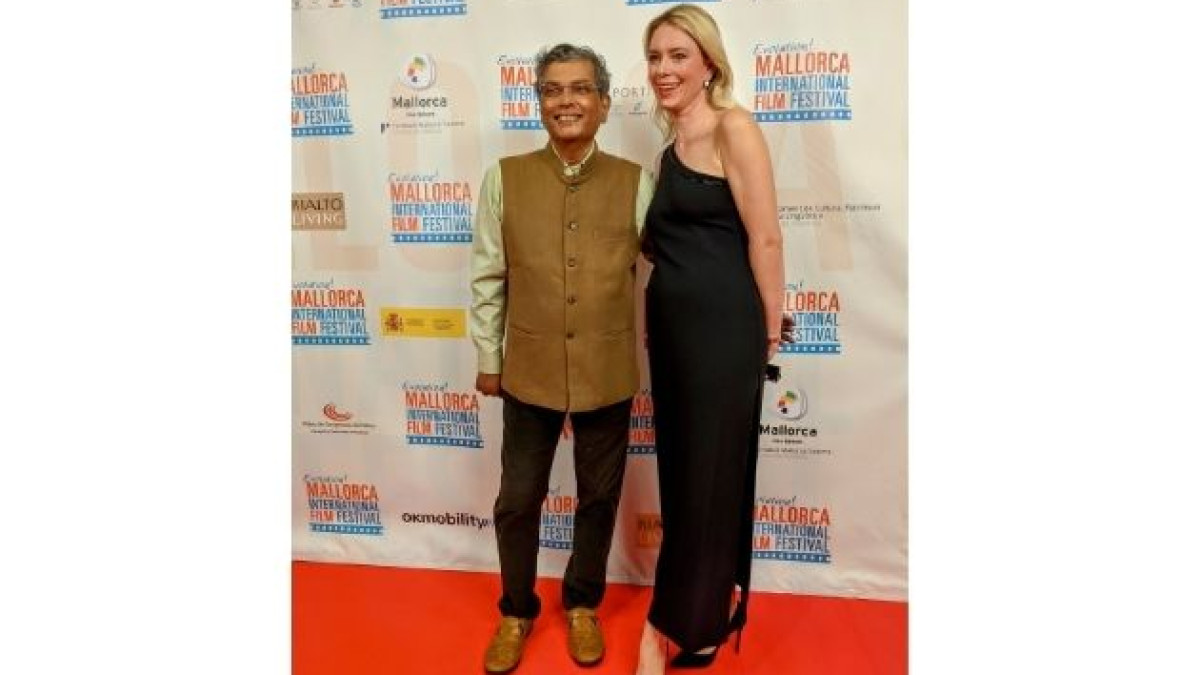 Strolling leisurely by myself through this fascinating city in the heart of Catalonia, I was astounded at the ease with which modern industry co-existed with the celebration of cultural roots stretching back two thousand years. Barcelona is studded with giant corporate buildings, along with cathedrals, museums, theatres and cinema halls. Football is worshipped like a religion in the city and the top club Futbol Club Barcelona, nicknamed Barca, is a powerful symbol of regional Catalan pride and culture. Despite being run by its supporters, unlike many other football clubs in the world, it brings in the most revenue.

In many ways, despite the huge difference in size and population, India and Spain have many similar characteristics. Both are incredibly diverse, with several different regions having fiercely preserved local identities and a long history of conquests and occupations even though there is one religion that is the creed of a decisive majority.  But there is a vital difference. Spain openly flaunts its cultural diversity and carefully preserves its history. Having come to terms with the many conflicts of the past, it has moved forward to reach out to other cultures even as it showcases the country’s rich legacy. India, on the other hand, is trapped in the morass of the past, and particularly in recent years, has failed to adequately preserve and celebrate its extraordinary civilization from ancient times.