Four petitions filed by various people against the Hindi film 'Gangubai Kathiawadi' have been dismissed by the Bombay High Court, paving way for the release of the film on February 25.

Yet another petition filed against the much-publicised Hindi film Gangubai Kathiawadi demanding a stay on the film until the word “Kathiawadi” is dropped from the title and the film has been dismissed by the Bombay High Court. So far four petitions have been filed against the film and all of them have been dismissed by the High Court. Gangubai was a powerful brothel owner in the lanes of Mumbai’s infamous redlight area Kamathipura. The filmmakers claim that it is a true depiction of her life and times.

The petitions filed included those by Congress Party MLA Amin Patel, Hiten Mehta, Baburaoji Shah (who claims to be the adopted son of Gangubai) and Shraddha Surve, a resident of Kamathipura.

The Alia Bhatt starrer, which is based on crime writer Hussain Zaidi’s book, Mafia Queens of Mumbai, has received severe criticism from the residents of Kamathipura. The petitioners had demanded that the words “Kamathipura”, “Kathiawadi” and “prostitute” be dropped from the film to be released on February 25 in theatres across India.

Gangubai Kathiawadi Row: SC Suggests A Change Of Name For The Movie

Until some years ago Kamathipura, located in central Mumbai, had a thriving sex trade. Though the trade flourished in four lanes of the 16-laned Kamathipura, the entire area received much attention. However, after the promos of the film were released, the residents of this area have risen up collectively in protest against the portrayal of Kamathipura as a redlight district. Posters of protest against the film have been put up throughout the area. Gangubai, who hailed from Gujarat was known as Ganga Harjivandas, passed away 45-years ago in Kamathipura. 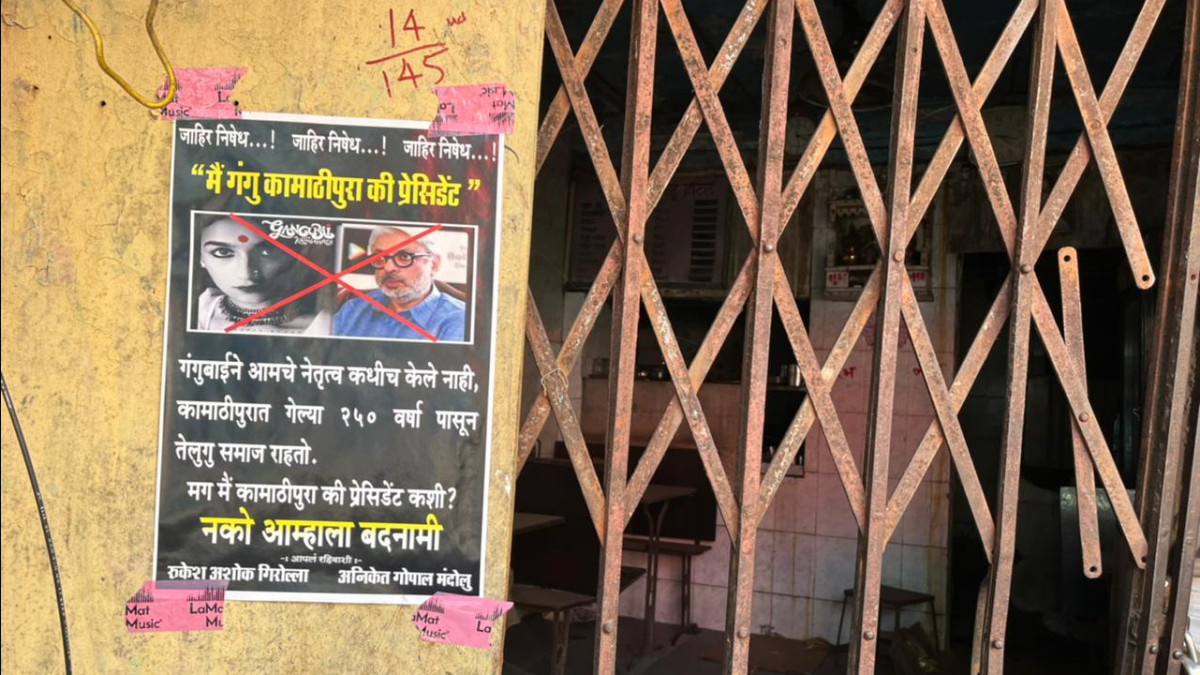 A poster against Alia Bhatt's portrayal of Gangubai stuck on a wall in Kamathipura | Credit: Chinki Sinha

Despite being a brothel owner, residents say that Gangubai was a champion of the sex workers. “She has even married off so many girls,” said Babita Gowda, the adopted daughter of Gangubai in an exclusive chat with Outlook. “My mother was a very powerful woman, who had strong connections with people who could help the women in Kamathipura,” said Babita. Her son, Vikas works with a bank and is helping his mother in her fight against the filmmaker. Though the Gowdas have not approached the courts for redressal, they have sought help from the area’s MLA  Amin Patel.

“Kamathipura is a vibrant place with so many educated people. Why isn’t Bansali showing today’s Kamatipura? His film will bring more disrepute to this place,” says Vikas. “My mother was a queen. She lived like a queen,” said Babita. 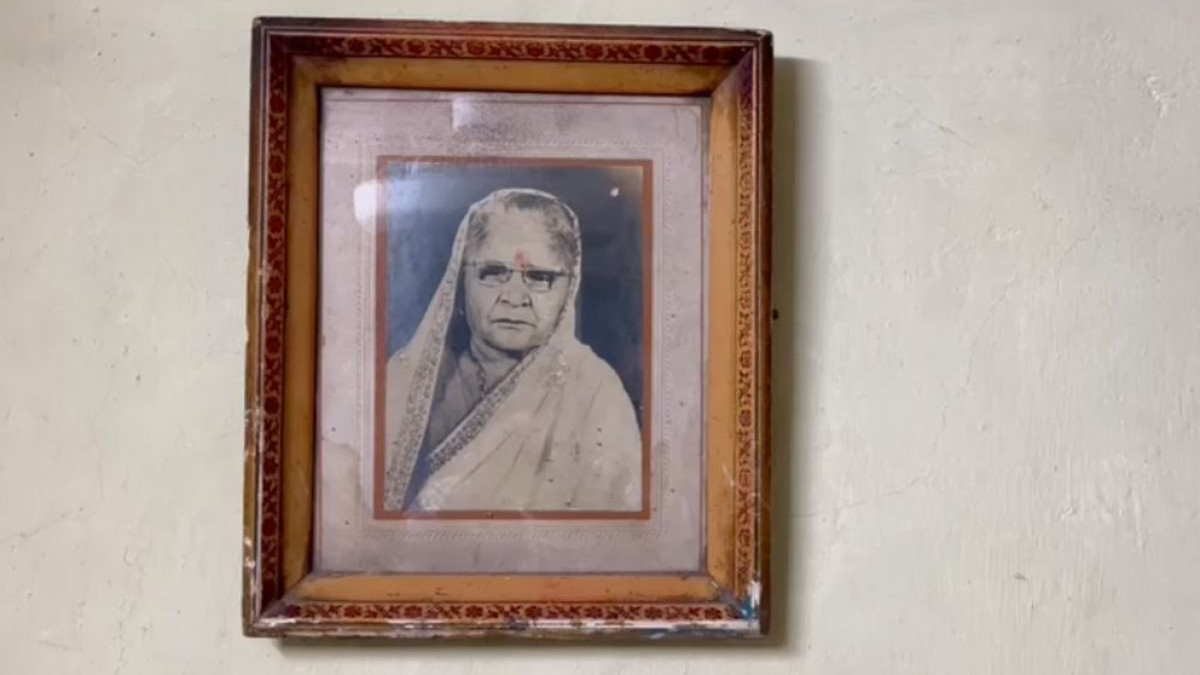 A portrait of Gangubai Kathiwadi at her adoptive daughter's house in Kamathipura | Credit: Chinki Sinha

Comparing the reel life Gangubai with the real-life figure, her daughter lifts a dismissive hand. “My mother was nothing like Alia Bhatt in the film. She did not dance around or stand at the naka. My mother was a respected woman,” said Babita. Remembering her mother as a fair-complexioned, elegant lady, who only wore white or cream coloured saris, Babita speaks of Gangubai’s passionate love for gold. “She wore a lot of gold. She was always decked in necklaces, bangles and her hair was held up by a gold flower clip. She even had a gold toothpick. Bahut shaukeen thi meri maa,” narrates Babita.

Gangubai was passionate about Hindi films and the family often went to the theatres close by to watch them.