Post their stint in 'Bigg Boss 15', Karan Kundrra and Tejasswi Prakash are making headlines for their relationship. They are often seen attending events and sharing pictures together on social media. Now, Tejasswi has posted...

Actor Aamir Khan had has fanboy moment with actress Neetu Kapoor and was "blessed" to share the stage with her. Comedian Bharti Singh and her husband Haarsh Limbachiyaa have shared adorable pictures of their son, Laksh on their Instagram handle. The couple have finally introduced him to their fans and friends. Anusha Dandekar Clarifies She Did Not Adopt A Baby Girl

Model-VJ, Anusha Dandekar sparked rumours about adopting a baby girl when she posted some pictures with a cute baby and wrote 'your mummy' in the caption. Tejasswi Prakash On Questions About Wedding With Karan Kundrra: Always Better To Be Sure Than Sorry

Using a popular Instagram trend, Tejasswi Prakash took a dig at the shutterbugs who keep asking her about her marriage to boyfriend Karan Kundrra. 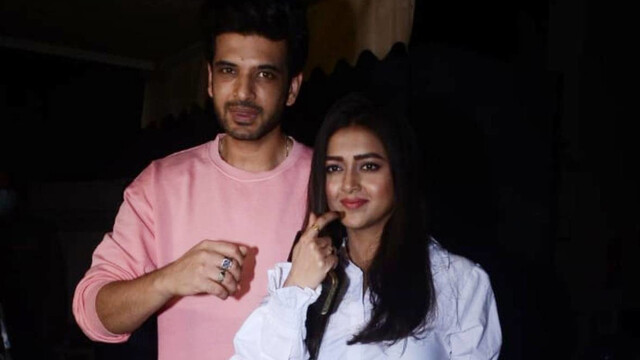 Actors Karan Kundrra and Tejasswi Prakash met on the reality show 'Bigg Boss 15' and fell in love. The couple is now reported to replace filmmaker Karan Johar as the host of the second season of 'Bigg Boss OTT'.

In a recent interview, actress Tejasswi Prakash revealed that her beau, actor Karan Kundrra calls the sets of 'Naagin 6' as the actress' 'Maayka'.

Tejasswi Prakash won Bigg Boss 15 after defeating Pratik Sehajpal and Karan Kundrra. Prakash was awarded the trophy as well as a cash prize of Rs 40 lakh.