Parents can claim benefit under Section 80E of the Income-tax Act, 1961 in respect of interest paid on loan taken for higher education abroad. The applicability of long-term or short-term capital gains tax on sale of...

Naveen, 21, was killed in Kharkiv in the Russian offensive on 1 March when he had left his shelter to get groceries. He was a fourth-year medical student at Kharkiv National Medical University. 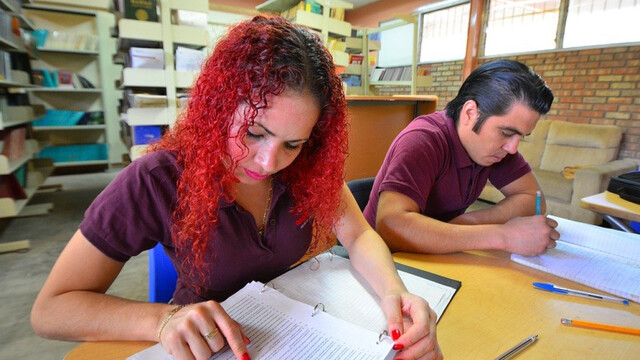 Germany has continued to see an influx of Indian students with many higher education institutes reporting an increase in newly enrolled students from India.

Give Us Some Time, Even Foreigners Will Come To Work In Punjab, Says Bhagwant Mann On Brain Drain

Bhagwant Mann appealed to the youngsters to serve their motherland. With continuous innovations happening in the ever-evolving computer space, there is a definite need for computer programmers all over the world and Indian students are poised to make the most of it. Why Funding For Your Higher Education Abroad Is Not That Easy? Know Details Here

Taking an education loan would seem the easiest way to fund your dream of studying abroad. But it may not be that easy because of a lot of factors. Read here to know more. Students Discouraged From Leaving By Universities, Political Signals Were Confusing: Jaishankar On Ukraine

Jaishankar said Indian students were actively discouraged from leaving Ukraine. He added political signals with news of Russian withdrawal and public urgings not to be taken by alarmism added to confusion.

MPs also asked the government to make a policy to allow students returning from Ukraine to complete their education in universities in India.

The process of evacuation has begun. But in a war zone until the buses are out of firing range nobody can relax. Decisions taken at the top often don’t...

The MP government has already decided to provide free lodging and food to the returning students in Delhi and transport them to their homes in the central...

Another 137 Students Return To Gujarat From Ukraine, Number Rises To 752

Education Minister Jitu Vaghani had earlier stated that some 2,500 students from Gujarat were stuck in Ukraine after that country was invaded by Russia.

Students were asked by the Indian embassy to reach the Russian border by bus, vehicle or foot. The journey was horrifying

According to official sources, evacuation flights have brought back around 2,000 Indians stranded in Ukraine since February 26. As many as 31 evacuation...

'Why My Brother Chose To Study Medical Science In Ukraine'

It’s a bit strange to know why thousands of medical students flock to Ukraine to pursue their dreams. Why would they study in a conflict zone rather than...

Over 100 Gujarat Students Back From Ukraine So Far, Many Still Stranded

Chief Minister Bhupendra Patel had on Monday welcomed some of the students who reached the state capital Gandhinagar in a bus from Delhi.

A fourth-year student of the Bukovinian State Medical University in Chernivtsi, Thomas said the city was not at all the same when she and her friends went out...

Indian Student's SOS From Ukraine: We Are Running Out Of Food | Exclusive

A final year medical student from Kerala, who is hunkered down in a bunker in Ukraine’s Kharkiv city along with 200-odd students, has described in...

Those travelling to Kyiv are advised to return to their respective cities temporarily.

Why Is The Admission Process For US Colleges Toughest Among All?

As compared to countries like the UK and Australia that have simpler admission norms and application processes, the USA is a different ball game altogether.