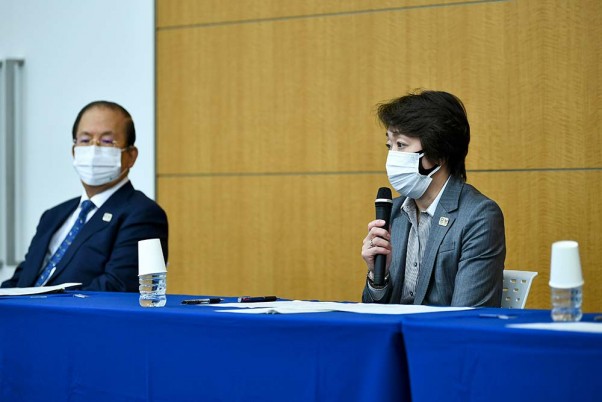 Seiko Hashimoto, president of the Tokyo 2020 Organizing Committee of the Olympic and Paralympic Games, speaks as Tokyo 2020 CEO Toshiro Muto, left, listens during a press conference regarding its creative director's comments about a well-known female celebrity, in Tokyo. Tokyo Olympics creative director Hiroshi Sasaki is resigning after making demeaning the comments. Sasaki, who was in charge of the opening and closing ceremonies for the Olympics, told planning staff members last year that well-known entertainer Naomi Watanabe could perform in the ceremony as an ‚ÄúOlympig.‚Äù

Doctors, nurses and other health workers stage a...

A veterinary doctor with a bask of newborn...