The Transgender And Unemployment In India

The Transgender And Unemployment In India

Often trans people are denied jobs and opportunities in economic activities. And those who, land up with opportunities, earn way lesser than their co-workers. Reason? Social stigma and discrimination.

Trans people have existed across all classes, races and castes. But their recognition has always come at a cost, with an added struggle. From access to social equality, social rights, education, jobs and so on, the trans community, has been victim to the dichotomous attitude of the society exhibited towards them; how they are simultaneously marginalized and revered. Particularly, in the field of jobs, trans people have always had difficulties, one notch higher. With the Covid-induced stagnant economy, India’s youth have been reeling under unemployment for the longest. And to add to that, people from the trans community have been the worst hit. While empty promises for jobs are made for India’s youth, since time immemorial, what rarely draws attention is job promises for transgender. Or, are there even any/many?

Often trans people are denied jobs and opportunities in economic activities. And those who, land up with opportunities, earn way lesser than their co-workers. Reason? Social stigma and discrimination.

As per the transgender persons (Protection of Rights) Bill 2019, discrimination against a transgender person, including unfair treatment or denial of service in relation to employment, education, healthcare, access to public goods and facilities, etc. is prohibited. Perhaps, this is only a scratch on the surface.

What are the economic opportunities for transgenders?

In India, the trans population makes up a total of 4.88 lakh, as per the 2011 census. However, only a handful of them receives employment opportunities.

According to a study conducted by the National Human Rights Commission in 2018, 96 per cent transgenders are denied jobs and are forced to take low paying or undignified work for livelihood like badhais, sex work and begging. The first-ever study on the rights of transgenders also revealed that about 92 per cent of transgenders are deprived of the right to participate in any form of economic activity in the country, with even qualified ones refused jobs.

Among the respondents, around 89 per cent of transgenders said there are no jobs for even qualified ones. 50-60 per cent never attended schools and those who did face severe discrimination, according to the report. The NHRC further stated that 52 per cent transgenders were harassed by their classmates and 15 per cent by teachers, forcing them to discontinue their studies.

The report further revealed that around 23 per cent are compelled to engage in sex work which has high health-related risks, which results in trans people being 49 times more at risk of living with HIV compared to the general population.

UP Polls: Agra Cantonment Seat Gets A Transgender Candidate

Abhishek Kapoor: The Problem Is Not With The Transgender Community But With Society

How A Transgender Person Found The Happiness Of Motherhood

What have been the election promises?

There have been scattered promises made by political leaders in the past around employment opportunities for the transgender. Ahead of the Pune corporation elections in October 2021, the Aam Admi Party (AAP) had launched an LGBTQ cell for the welfare of trans people, in a bid to uphold the party’s ‘policy of inclusion and equality’. The party stated that night shelters, jobs, access to education as well as awareness about trans rights were some of the issues which the party wanted to work on. However, what has been the outcome of the same, there is little to no data.

Ahead of the 2019 Lok Sabha Elections, Congress had promised to address the issues of trans people around job opportunities and list their issues in its manifesto. It had stated, “Congress recognises the sexual diversity among people and promises equality and equal protection of the laws to people with different sexual identities.” In addition to it, it had promised to withdraw the pending Transgender Bill and initiate gender sensitivity training in all government offices. However, with the victory of BJP in 2019, the ‘promises’ never made it to the ground.

With several trans candidates being fielded ahead of the 2022 Assembly elections across states, the question remains, whether the community can hope for more employment opportunities in the coming time. 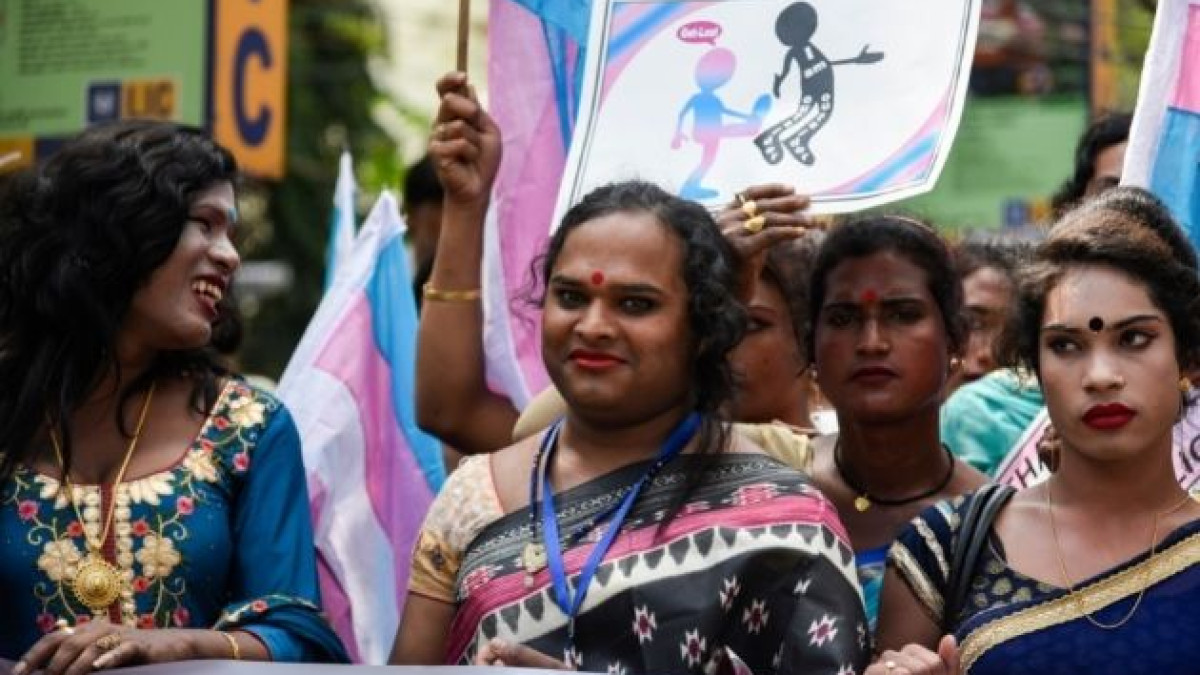 What do the laws suggest?

The problems of the transgender community have been brought to the notice of the government in the recent past, thanks to the consistent activism of the LGBTQ+ community. There have been many landmark decisions made with respect to the community.

On April 15, 2014, the Supreme Court of India in its verdict of National Legal Services Authority vs. Union of India judgement, recognised that transgender people are distinct from binary people and declared them as the third gender under the Indian Constitution. On September 6, 2018, the Supreme Court scrapped Section 377 of the Indian Penal Code, decriminalising homosexuality. In the following year, the government passed the Transgender Persons (Protection of Rights) Bill, on September 26. However, the Bill was opposed by the translate community and its allies.

There are various prohibitions made under the Bill, in context to employment:

Section 3 (b): prohibits the unfair treatment of a transgender person about employment or occupation.

Section 3(c): prohibits the denial of employment and discriminatory termination from the same.

Section 10: bars establishments from discriminating against a transgender person in matters related to employment such as recruitment, promotion and other related issues.

Section 17: provides for the formation of a National Council by the Central Government with a representative from the Labour and Employment Department and Department of Legal Affairs, amongst others.

In 2020, in an updated version of the earlier draft, the government proposed giving equal opportunity in employment to the transgender community.

The draft envisages that every establishment shall implement all measures to ensure non-discrimination against any transgender person in any matter relating to employment including, but not limited to, infrastructure adjustments, recruitment, promotion and other related issues.

Though there have been a number of laws introduced in an effort to make the situation look better, the main focus of trans employment lies at workplaces and several of their inclusion policies.

What is India’s current state of trans employment?

Although several private firms have come up with queer-friendly policies at workplaces, making ‘inclusion’ their prime focus, there have been fewer words from leaders to ease the employment activities of trans people.

In 2017, Kerala's Kochi Metro Rail Limited employed 23 transgender persons, while eight out of them quit their jobs within a month due to refusal by several landlords to give them accommodation. According to several reports, the job was of little help, as they had to leave their accommodation since their employer had no legal agreement to step in and help them fight discrimination. 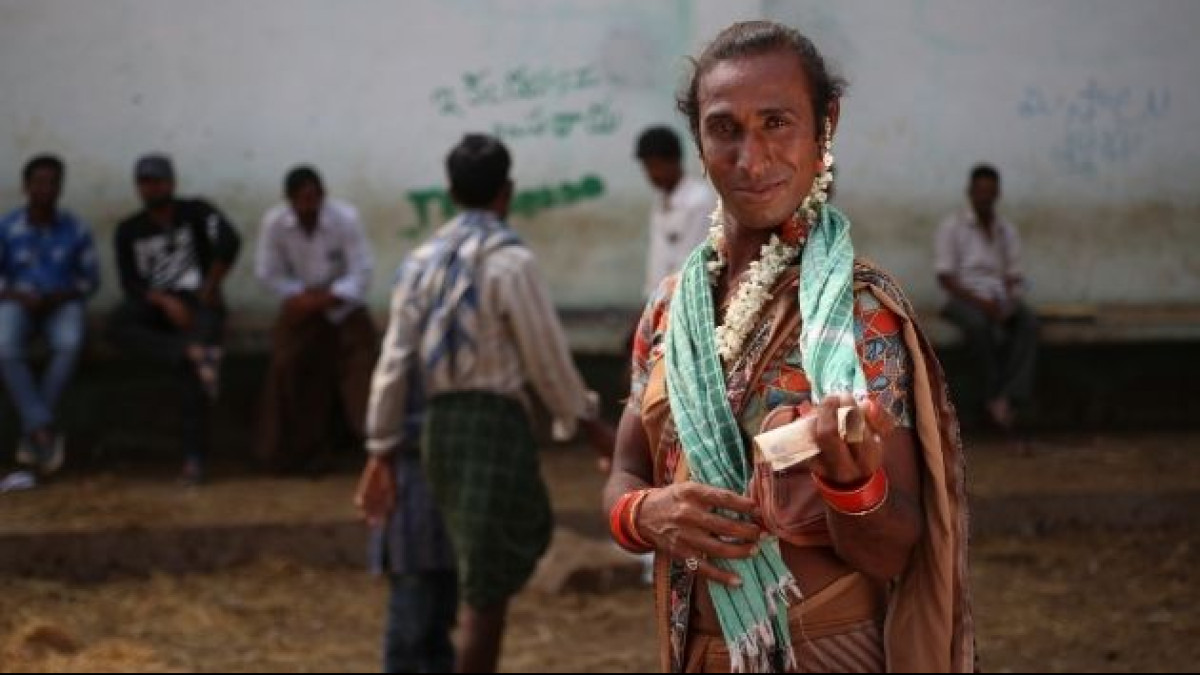 A transwoman begging at a market. (Credit: Shutterstock)

In 2019, in a historical move,  a transgender person from Gorakhpur was shortlisted to become a train driver/technician, along with 2,941 women and 83,810 men. However, there were no further reports on whether they were recruited.

In 2020, the Noida Metro Rail Corporation (NMRC), dedicated one of its stations to the trans community and renamed it Pride Station. Six members of the transgender community were recruited by the NMRC through contractors for services.

In 2021, Karnataka became the first Indian state to allocate 1 per cent reservation for jobs in public employment in favour of transgender persons.

However, given the problem at hand with unemployment and youth, little to almost no heed is ever paid to the job struggles of the trans community. While politicians have been making tall claims on job promises ahead of Assembly elections, where are the noises for creating employment opportunities for trans people?