About 25 years ago, Bengali artists and culture lovers were shocked to learn one of their biggest theatre personalities, Sombhu Mitra, had not only died but his cremation was also completed without letting anyone know anything about it. None could pay him a last tribute, that too in a city where funeral processions of cultural stalwarts have seen massive crowds – from Rabindranath Tagore to Uttar Kumar and Satyajit Ray. But Mitra’s daughter, Saoli, implemented his last wish, word for word, by organising the cremation before his death became public knowledge.

On Sunday, similarly, the Bengali art and culture lovers got to know of Saoli Mitra’s death only after her cremation was complete at Siriti Mahasmashan, the same crematorium where she had taken her father to. She was 74.

This was among her last wishes: don’t unnecessarily elongate my pain by taking me to hospital for ‘demonic’ treatment, allow me the peace of dying at home; don’t burden my body with heaps of flowers, and inform people of my death only after cremation.

After A Mammoth December 2021, Theatres Staring At An Uncertain Future In January 2022

She anticipated that obeying these wishes could land actors Arpita Ghosh and Sayak Chakraborty – whom she considered her children – in trouble. Therefore, she had prepared a ‘will’ in 2020 where all these wishes were written down. Despite Arpita Ghosh also being a senior Trinamool Congress (TMC) leader – former MP of the Lok Sabha and Rajya Sabha – even chief minister Mamata Banerjee had no knowledge of Mitra’s death and cremation.

Banerjee had previously organised cremation in full state honour, including gun salutes, to a number of cultural stalwarts – writers Mahasweta Devi and her son, Nabarun Bhattacharya, and thespian Soumitra Chatterjee among others.

But Saoli wanted to follow in her father’s footsteps, just like she did from her early days. She followed her parents, the legendary theatre couple Sombhu and Tripti Mitra, to the theatre, and became a stalwart of the art in her own rights. The sweet Bengali that she spoke in her impeccable pronunciation and the modulation and melody of her voice kept Bengali culture lovers mesmerised for years. 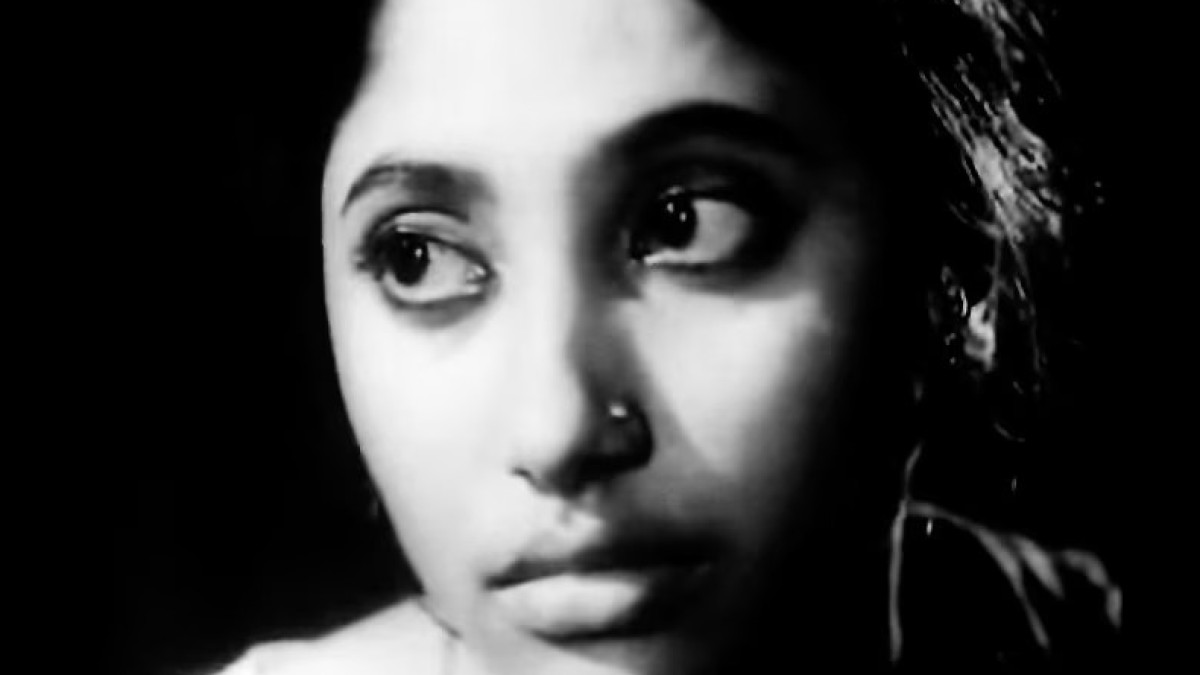 Saoli Mitra in her younger days

Saoli launched her own theatre group, Pancham Vaidik, in 1983, with her parents among the founding members. Her solo acting in the group’s first production, Nathabati-Anaathabat – which depicted the pains of Draupadi, a woman with five husbands – became one of the biggest hits in Bengal’s theatre world for many years. She herself wrote and directed the play.

In 1985, theatre personality Safdar Hashmi wrote after watching the first production of Nathabati in New Delhi that the play “breaks the barriers of religious consciousness and becomes devastatingly iconoclastic.” He called the play “a significant breakthrough, especially in the context of other treatments of the myth in contemporary Indian theatre.”

“Saoli Mitra’s impassioned and hard-hitting narrator shatters one stereotype after another without once stepping out of the narrative framework of the Mahabharat. She questions the concept of Dharma which everybody flaunts and brandishes in front of Draupadi and which is twisted in this way or that by the very reposition of Dharm, the great Yudhistir, to suit his political ends… Saoli Mitra has convincingly displayed that myths, despite their codified and structured cosmology, are extremely vulnerable when they are confronted by basic human questions,” Hashmi wrote.

After the play was published in print, it earned her the Ananda Purasakar, one of the most famous literary awards in Bengali, in 1991.

In 1990, she staged another milestone production, Katha Amritasaman. It reaffirmed the cultural world’s trust in her abilities. The only film she acted in is Jukti Takko R Gappo by the legendary filmmaker Ritwik Ghatak (1976) in which she played the role of Bangabala.

In 2006, the Norway Culture Department conferred the Ibsen Centennial award upon her.

A leftist in ideals, she took an active role during 2006-07 in mobilizing protests against the Left Front government’s land acquisition drive in Singur and Nandigram. It is during this period that she came in close contact with the Trinamool Congress chief, Mamata Banerjee. After coming to power in 2011, Banerjee appointed Mitra as the president of Paschimbanga Bangla Academy in 2018. However, following the growing distance between Mitra and the state’s ruling party, Mitra resigned in 2018.

The government of West Bengal also conferred the Banga Bibhushan award on her in 2012. It is the highest award given by the state government.

On Sunday night, chief minister Mamata Banerjee in a statement said that she learned about her death only after the cremation and spoke of the fond memories she had of working with her during the agitation in Singur-Nandigram and later at the administrative level.