He ran a small press. When she sent in an essay, they got talking. Hungry to know more about each other, they fell in love soon — hectically, hopelessly. But there was his wife.

More from Malini Bhattacharya
View All

He arrives tonight. He’s staying the weekend. I am making dinner, although I’m not a very good cook. This time I haven’t bothered with new sheets or sprigs of cut flowers, although I went out and got the whiskey and soda he likes to drink, and cheese and salami and frozen berries, just to have some snacks on hand. And I’m staying in my jeans. I have an idea, or a superstition, that if I prepared too hard it might bring bad luck, and something would happen so he can’t come at all.

That is what happened the last time we had arranged to meet. He bought flight tickets and I got my hair done and picked up new shoes. But the day before he was to fly out, another doctor — his colleague — tested positive for COVID-19. The hospital superintendent said it was terrible luck and he was ashamed to say it, but he would have to fill in for the sick coworker. So instead of getting a taxi to the airport he drove himself to work in the evening as he did five times a week, and I called the restaurant and cancelled our reservation and put away the racy red lingerie I’d hoped to wear. He called and apologised the next day and said that he hadn’t slept, a woman had died from post-chemotherapy complications, and I said I was sorry, too; we could plan another trip in a while. This was true, but I was also relieved, even pleased, that the trip had been aborted by a crisis that had nothing to do with his wife.

I didn’t ask how he explained to his wife. I try never to think about his wife. He loves her.

As I cleaned my rooms, I had another thought: such decorous rituals, such elaborate prelude to lovemaking might do well for people in real relationships, a thing I have usually been clumsy and awkward at, something he doesn’t want to become embroiled in just now. He doesn’t like me saying we’re having an affair, or a fling; he finds these terms deprecating. So I try never to think about what might happen to us, either.

Why do you need to name what we have? Why is it so important?

We had stopped at a rundown little restaurant on the highway — really one long, low room under a tin roof. He ordered coffee and a woman brought us Nescafe in Styrofoam cups. We sat on a wood bench in the front yard, where a block of daylight illuminated the quiet, stippled the damp, old wildgrass and brush and the woolly little pink and white flowers jutting out of the scrub like joss sticks in their holders. There was nobody else around, and the woman explained that we had stopped by at a good time when the breakfast crowd had left and the lunch fare — pork slices in gravy and curried beans — was still cooking. She had time to chat, she said in the rough dialect I followed uncertainly, she would finish making gudok while she talked. She dipped a ladle into the crock of bright green mush she held — no, cradled — against her stomach and held it out under a beam of yellow September sun. That was it, that was gudok, she said.

“Try it. You won’t get this so easily outside Tripura.” And, then, “You aren’t from around here, are you?

“I’d better get you some rice, this is spicy stuff,” the woman said.

It was much hotter than I was used to, and an unfamiliar tart tang broke sapid and warm on my tongue with every mouthful. I ate without an appetite — we’d had fruit and cereal before we left the hotel — but never mind, he said, spooning up dollops of mush and sticky rice in his businesslike way; we were early for the airport and this might be the last meal we would have together in months.

We’ve already taken our last walk together, I thought. Had our final round of drinks. Made raging valedictory love. 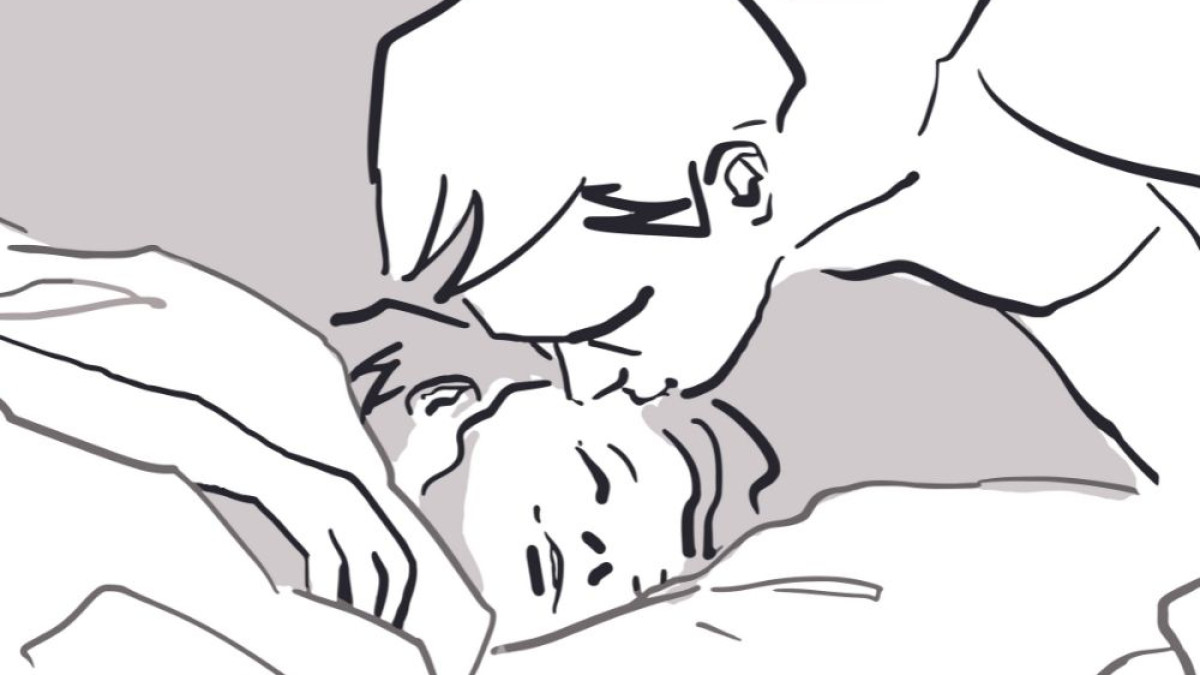 He was talking to the woman, telling her I was a writer, that I was collecting material for a book on the lives of tribal women in the Northeast. This was very nearly a lie; I was only contributing a chapter for an anthology he was editing (he has worked in government hospitals for a decade, but he’s really a poet.

He runs a small press and publishes two or three books a year.) I had sent in an essay and we had begun to talk, at first, about how it could be edited down to half its length, and then about our political beliefs and our lives. In weeks, I had fallen hectically in love with him, and to my confused surprise, he with me. But there was his wife. She would never divorce him. And he did love her, she was inextricably tied to him, they had shared more than meals and a bed.

Did his friend like it here, I heard the restaurant woman ask from far away. When would the book be printed? Would I keep coming back to Tripura to — what was it — gather material?

To make gudok, the woman had said in Kokborok and he’d translated, the first thing you need is a thick, deep round-bottomed pot. This is where the raw ingredients go in — the chopped bamboo shoots, the snake beans and the onion and the potato, the minced garlic and the pinch of salt, with enough water to cover it all. You let it stew and soften and add berma — dried fermented fish — and crushed green chillies to get the full-flavoured, pungent taste. You drain any excess stock and beat the soft mash down to a pulp and serve it with plain steamed rice. The Tripuri people would dish gudok in bamboo pipes, but nobody did that anymore, the woman from the restaurant had said regretfully, wiping her hands on the bleached out rignai she had wrapped around her nightdress, and had retreated to the back of the room, behind a hillock of vegetables she would chop and cook for the evening.

I was going to plate up the gudok I had made in a gold-rimmed blue ceramic bowl. I couldn’t get bamboo shoots or the right kind of fish, so I had used broccoli and asparagus to give the dish to some body and put in cubes of boiled basa. And I slit the chillies instead of squashing them in. I took the bowl and a hand mixer and went to the window which looks down into the street. I saw him push the gate open and walk into the compound.

Carrying flowers. Long-stemmed roses, red or dark pink. I’d have to trim the stalks to put them in my water glasses. I didn’t own a real vase.

He stopped and crouched. Probably he’d dropped something.

But no. He’s bending low over the rear-view mirror of a car somebody hasn’t bothered to park right. Half the bonnet is jutting into the driveway, and he’s looking in the mirror and running his fingers through his hair.

Preening. He has a mop of heavy curls, crinkled like the edges of clouds in children’s drawings.

Then he was upstairs. A rush of overflowing relief. A sapping of strength, a tremor in the tips of my fingers. Immobilizing. Like the furtive dulling of some chronic pain.

And the ache returning in deep, friendly stabs as he made his way inside me. You whore, he murmured. He flicked his tongue against my nipple. Hungry. All het up.

He was — he always is — the first to set in motion the operation of unhitching our bodies. He got tissues from the bathroom and wiped me expertly between the legs.

We ate at the table. The food had gone cold. The rice was undercooked.

(Malini Bhattacharya studied English literature at Jadavpur University, in Kolkata and writes fiction, creative nonfiction and (very rarely) poetry. Views expressed in this article are personal and may not necessarily reflect the view of Outlook Magazine)