Part 19 of 'Sands of Time' looks at the growing up of Bengali writer Sarat Chandra and his art, which was deeply influenced by the work of Victorian-era novelists like Charles Dickens, Marie Corelli and Mrs Henry Wood.

There was a sadhu standing in the Muzaffarpur office of the popular magazine, Bharatvarsha. The dishevelled sanyasi, in his flawless Hindi, demanded to be supplied with pen, some ink, and paper. His own stock had depleted. He was carrying a notebook, and the pages of that notebook were filled with countless stories which he wrote during his travels. Pramathanath Battacharya, the owner of the magazine and an accomplished writer himself, was amused. A little prodding revealed his name. That “sanyasi” was called Sarat Chandra Chattopadhyay.

While growing up in Bhagalpur, Sarat Chandra was deeply influenced by the work of Victorian-era novelists like Charles Dickens, Marie Corelli and Mrs. Henry Wood. He was so enamoured by British writers that after them, he adopted a pseudonym called “St.C. Lara”. St. referred to his first name Sarat, and C. of course is a nod to his middle name Chandra. It was generally in Bhagalpur that he was growing up, but the family did move around a bit. In the growing up years, Sarat seemed to have inherited a deep love of literature, which gradually morphed into a love of storytelling. With his mother passing away, a teenaged Sarat Chandra had to contend with his father Motilal Chattopadhyay, a rather gruff gentleman who like all self-respecting fathers those days, rarely expressed himself. Sarat had built a literary club called Sahitya Chakra with his friends, where he often read out the stories he was writing. He also loved theatre and often adapted the plays he was watching into his stories.

It was a family of lawyers he was born into, and they expected him to follow their footsteps. He sat through the F.A. Examination (10+2 in those days) but writing didn’t allow much time to study, so he failed. Good riddance, the boy thought and began to spend even more time writing and reading. He also started a literary magazine called Chhaya during this time. But Motilal believed his son had to do something for a living. The writing was no profession! He got a him a job at the zamindar’s estate, but by this time Sarat’s heart was set. He couldn’t hold on to the job. A quarrel with Motilal ensued, and Sarat left home. This was when he started traveling as a hermit, which took him to Muzaffarpur, amongst other places. 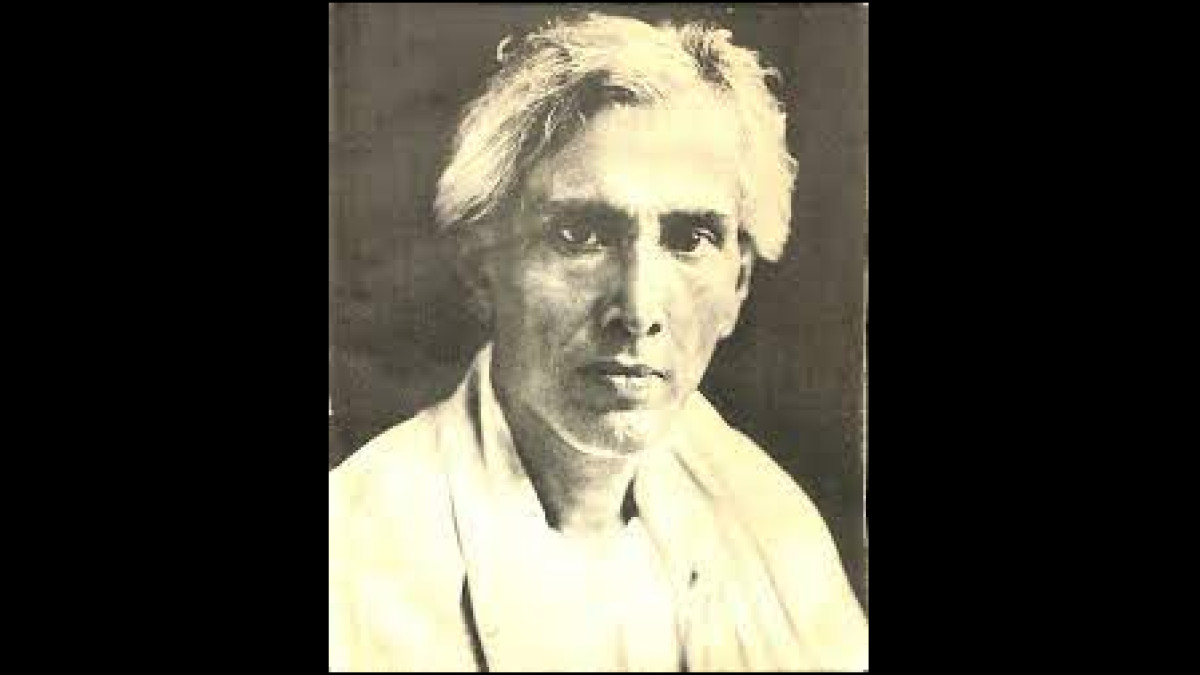 Upon hearing about his father’s demise, Sarat returned to his village. Search for work took him to his uncle Upendranath’s doorstep. Upendranath’s brother Lalmohan was engaged in the court. Sarat got work translating legal documents. He still continued to write as if in a frenzy. He joined a writing competition under his uncle’s name, and won the first position. But the meagre salary of thirty rupees which he was earning didn’t hold a lot of promise. Certain accounts of his life mention a woman who he shared a bond with, a widow. Sarat never spoke of her by name, but he alluded to her in several letters and other writings. Legend has it that this lady insisted that Sarat should try his luck at Rangoon, like many youngsters at the time did.

Sands of Time - Part 17: The Journey From Baapi To Bappi

Sarat Chandra started a new life in Rangoon, and it was here that he married Shanti Devi. Soon, the couple were blessed with their first child. Within just a year’s time, Shanti Devi and her little baby were consumed by the Great Plague of 1908.

In two years, Sarat got married again, this time to a widow. They remained married to each other - and childless - till the end of his days. It was after his second marriage that Sharat truly flourished as a literary genius. His new bride Hironmoyee was illiterate but provided the fuel for his creative output. Saratchandra was in his late 30s. In an incredible burst of prolificity, Sarat Chandra Chattopadhyay produced some of his best works in the next 25 years. Even while in Rangoon, in just the first two years he churned out Ramer Shumoti, Bindur Chhele, Naarir Mulyo and Charitraheen. Almost all of these books had formidable women characters, and the male characters seemed to pale in comparison. This remained a hallmark of Sarat’s writing throughout.

Destiny brought him back to India around 1917, and he lived for a while near Baje Shibpur, Howrah. A few years later, in the 20s, Sarat Chandra’s work was adapted for the first time. Sisir Kumar Bhaduri, one of the founding fathers of modern Bengali theatre, adapted Sarat’s story Shoroshi for the stage. Sisir was also the first to bring his work to cinema, which was an emerging medium. Andhare Alo (1922) was a silent film, directed by Sisir Kumar Bhaduri and Naresh Mitra. Within six years, Naresh Mitra made the first adaptation of Devdas (1928). This was followed by Charitraheen (1931). Needless to say, filmmakers in Bengal had struck gold with Sarat Chandra adaptations. They were all hits, and Sarat Chandra continued to write through the 20s and early 30s, creating work that was groundbreaking but “simple” enough to strike a chord.

Pramathesh Chandra Baruah, an heir of the princely state of Gauripur, Assam, was experimenting with a new form. He was tinkering with a new cinematic format called the “talkie”, It was Baruah who made the first “talkie” adaptation of Devdas in 1935. The film was in Bengali with Baruah playing the title role. The film was a rage, and he made a Hindi version with Kundan Lal Saigal playing Devdas this time. The year was 1936. It was an even bigger hit and made a star out of K.L. Saigal. The crowds went berserk. The very next year, in 1937 - a Tamil version came out. Kuchipudi dance exponent and filmmaker Vedantam Raghavaiah made a Telugu/ Tamil bilingual in 1953, which had Telugu superstar Akkineni Nageswara Rao playing the iconic role. The film became a milestone in south Indian cinema. P.C. Baruah’s cinematographer, a young Bengali called Bimal Roy, made his own version in 1955, starring Dilip Kumar in the titular role. Devdas, a jolted, ill-fated lover with a penchant for self-harm, had become the darling of the masses.

Devdas has been made in Bengali (India and Bangladesh), Telugu, Tamil, Assamese and Malayalam. There was even an Urdu version made in Pakistan, a film that was supposedly a “tribute to Sarat Chandra Chattopadhyay, Bimal Roy and The Great Dilip Kumar”, but the lead actor Nadeem Shah kept aping Shah Rukh Khan, who featured in a much-maligned-but-loved adaptation by Sanjay Leela Bhansali in 2002. Even Anurag Kashyap, who, much like Sarat himself, disliked the story, filmed his own take on the story called Dev D in 2009. Bimal Roy’s protege Gulzar planned an adaptation with Dharmendra, Hema Malini and Sharmila Tagore but it never came to fruition. Gulzar eventually did adapt Sarat Chandra’s story Pondit Moshai as Khushboo (1975). Basu Chatterjee filmed three adaptations: Swami (1977), Apne Paraye (1980) and Zevar (1987). Bimal Roy directed as many as three adaptations, including Parineeta (1953) and Biraj Bahu (1954). Hrishikesh Mukherjee made Majhli Didi (1950). There were a number of Telugu superhits starring Akkineni Nageswara Rao, and Tamil films like Manamalai (1958), Maalaiyitta Mangai (1958), and Kaanal Neer (1961). 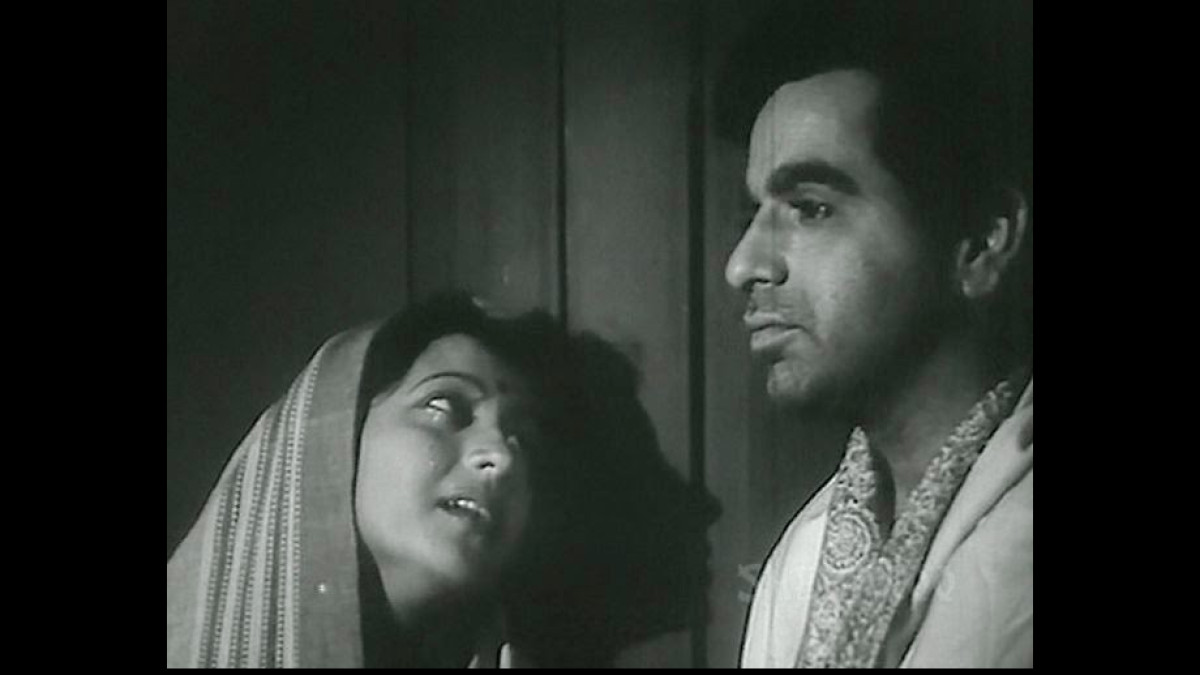 Sarat Chandra Chattopadhyay, who wrote in Bengali, happens to be Hindi cinema’s most frequently adapted writer. Hindi writer Vishnu Prabhakar wrote a biography called Awara Maseeha, which was a massive hit amongst Hindi literature fans. This, along with successful Hindi translations of Sarat Chandra over the years have created the impression that Devdas and Parineeta are original Hindi novels. A similar situation existed in Kerala, where Malayali poet Dr. Ottaplakkal Neelakandan Velu Kurup aka O.N.V. Kurup once said, “Sarat Chandra's name is cherished as dearly as the names of eminent Malayalam novelists.” The IMDB credit of Sarat Chandra Chattopadhyay as writer stands at 77 films. No other writer, not even Shakespeare has been adapted this frequently for Indian screens.

Curiously, Sarat Chandra himself didn’t think too much of Devdas when he wrote it. He felt a little ashamed of it. He wrote it while he was in Rangoon. When his friend Pramathanath Bhattacharya tried to convince him to publish the novel, Sarat wrote to him thus: “Don’t even think of it! It was written in a drunken stupor. I am ashamed of the book now. It is immoral…”. But he relented eventually and Devdas finally breathed on the pages of the magazine Bharatvarsha in 1917.