Apart from Nawazuddin Siddiqui, many new-age actors have bought new houses recently. From Rajkummar Rao to Tapsee Pannu here is a list of new age celebrities who bought homes in the recent past.

More from Abeer Anjum
View All

Bollywood actor Nawazuddin Siddiqui has built his perfect residence in Mumbai. The actor has made a reputation for himself in the entertainment industry and has now been able to fulfil his dream of owning a home in Mumbai.

For his lavish home, the actor became an interior designer. The actor is said to have spent three years remodelling it after being inspired by his old residence in Budhana, Uttar Pradesh.

According to a report by Pink Villa, The actor spent three years refurbishing his house, which he named Nawab in honour of his late father, Nawabuddin Siddiqui. The structure of the house is said to be influenced by his old house in his hamlet. To attain the exact look he sought for his house, the actor became an interior designer.

Bollywood celebs are mostly known to have lavish houses with all the necessities, the lavish residence of hit actors like Shah Rukh Khan and Amitabh Bachchan is known to everyone, so let's have a look at the houses of new-age celebs. Apart from Siddiqui, many new-age actors have bought new houses recently. From Rajkummar Rao to Tapsee Pannu here is a list of new-age celebrities who bought homes in the recent past.

Actor Ayushmann Khurrana paid Rs19.30 crore to Windsor Realty Pvt Ltd for possession of two flats on the 20th floor of Windsor Grande Residences in Lokhandwala Complex, Andheri West, according to Money Control. The property deed was recorded on November 29, last year, and the actor paid a stamp duty of Rs 96.50 lakh for the residences. The apartment has a total area of 4,027 square feet and four parking spaces.

Anushka Sharma and Virat Kohli live in Worli, Mumbai, in their Rs 34 crore house. While Sharma has frequently posted photos of the golden hour streaming through their enormous windows, Kohli gives his fans a look of the city from their balcony. It's also worth noting that batsman Yuvraj Singh has a fancy flat in the same building as Kohli- Sharma's. 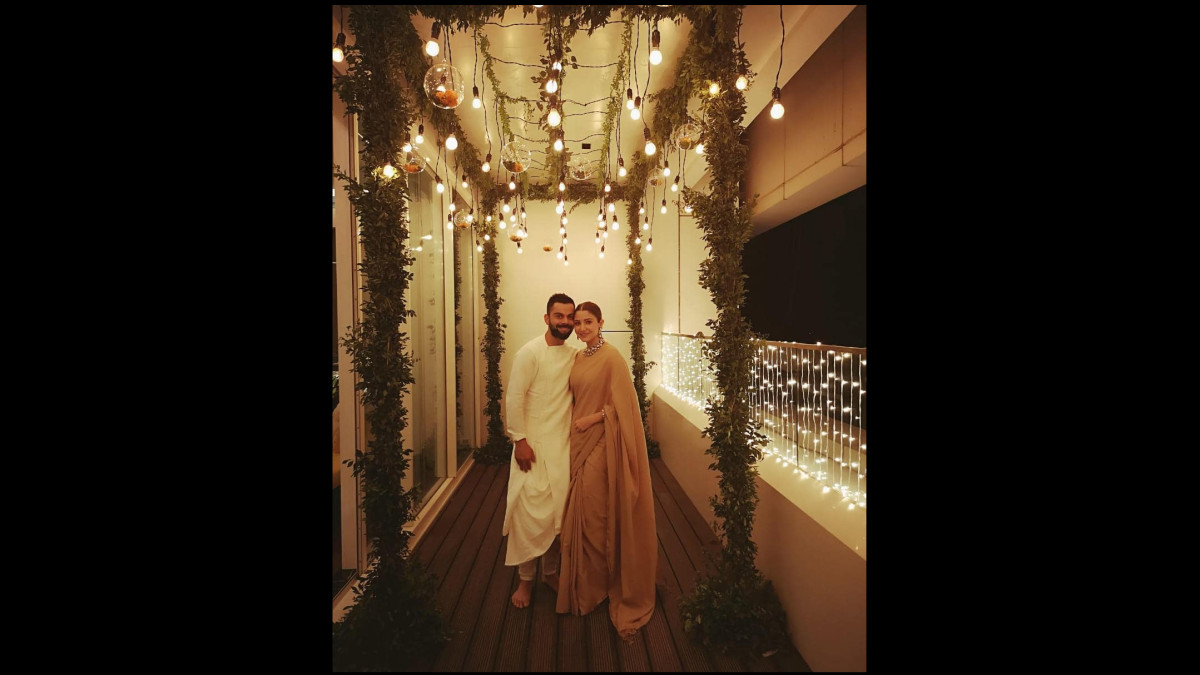 On December 9th, 2021, actors Vicky Kaushal and Katrina Kaif got married in a lavish wedding in Sawai Madhopur, Rajasthan, and moved into their new house in Juhu, a rich neighbourhood in Mumbai's outskirts. Last month, the newlywed couple also had a home puja. According to estimates, the 7000 square foot apartment sits on the 35th story of the high-rise and is outfitted with all of the newest conveniences.

The new home of actor Rajkummar Rao in Mumbai is a fantastic blend of sophisticated and royal, and it tells much about the actor and his choices. The 'Stree' actor's residence in Mumbai is located in Andheri's Oberoi Springs, a residential complex.

Bollywood actor Shahid Kapoor, who enjoys mesmerising views from the patio-balcony of his Juhu beach mansion, has also invested in a duplex property in Worli according to HT, which spans 728.46 square metres and has a wide balcony space of 40.88 square metres.

Actress Tapsee Pannu recently relocated to Andheri, where she lives with her sister, Shagun Pannu. Every nook and cranny of the house has been adorned by the Pannu sisters. She often shares photos of her new home, which she affectionately refers to as Pannu Pind. Her elegant and trendy Mumbai apartment exudes a European-style ambiance, a voguish ambience, and is brimming with aesthetics.

Actors Deepika Padukone and Ranveer Singhs shelled out a whopping Rs 22 crore for their new luxurious sea-facing bungalow in the coastal area of Alibaug, Maharashtra. The celebrity couple's new home spans 2.25 acres and has a built-up space of around 18,000 square feet. It is a 5BHK ground-plus-first-floor home in Alibaug's Satirje neighbourhood. And the tranquil Kihim Beach is merely a 10-minute drive from their new holiday house.

Bollywood star Kangana Ranaut's holiday house in Manali, which is sprawled over 7600 square feet and includes 7 bedrooms and 7 bathrooms, is nothing short of a dream come true. Ranaut's residence, built against the magnificent Himalayas, radiates old-world mountain beauty while still incorporating aspects of modernism and a nod to her Manali background.