Shooting film on Nikomat and other mechanical cameras during the lockdown was like freezing slices of perception with light and silver. It left me with a lesson: Digital is transient, analogue endures.

More from Ajit Nathaniel
View All

“It’s freezing slices of perception with light and silver.”

That’s the one-line answer that I give to people who ask me why I shoot film. The real reasons though, like all human motivations, are complex — rooted in artistic aspirations, existential boredom, creative vision, and trauma; mercurial motivations — with one overshadowing the others any given day, hour, or minute.

Film was an accident. Someone suggested that I get a vintage manual focus lens for portraiture, as these older lenses are inexpensive compared to contemporary options for my mirrorless camera. One lens led to another, and in a short while, I had a cupboard full of optics made in Japan, East Germany, and the Soviet Union. I serendipitously obtained a fully functional Nikomat film camera the week before India entered lockdown. 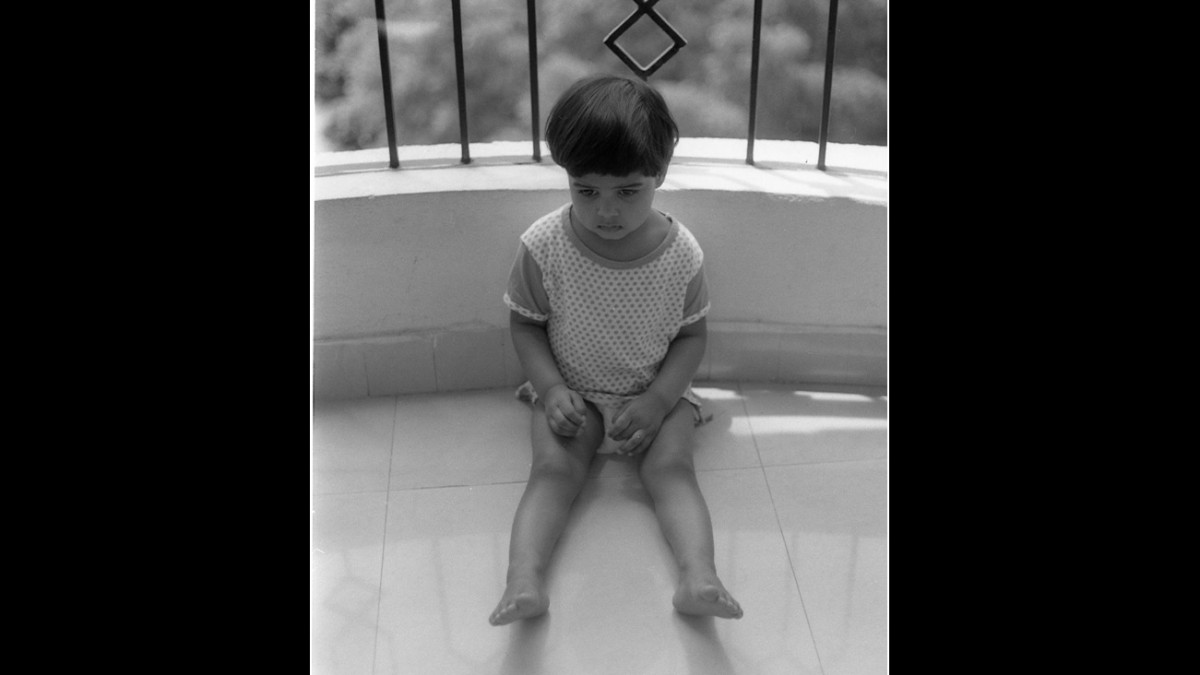 “Why can’t I go out to play?” Ilford Delta 100 film on Nikomat FTN with Nippon Kogaku 50mm F/2 lens. Processed and Scanned by Sarbajoy Paul.

The first few days, I spent all day in my bedroom-turned-office, bewildered by the range of consequences that the first wave and the lockdown brought to people. There were the heart-rending images of masses travelling by foot; people being sprayed with bleach, and the police brutally assaulting men who were out to buy essentials for their families. Yet there were others who were home-baking; having week-long pyjama parties; some even embarking on 30-day challenges for weight loss, novel writing, yoga, and what have you. I was right in the middle. I had just moved cities for a new job and was living in a barely-set-up apartment in a community where we had no connections. Over the next few weeks, the scourge of the pandemic became evident. Even the most sedate and professional news channels became Scream TV. A new job, a new life, a new city, and a new catastrophe — I needed to just block it out and focus. I had the privilege to be able to do so, and I did — successfully, for the most part.

My Nikomat sat on my desk for weeks. Ever so often, I would take it in my hands and feel the solid edges; the healthy click of its moving parts; the sense of materiality — incomparable to my albeit pricey digital camera. At Unlock 1, I was able to get some film. For years, I’ve preferred to take Black & White pictures on my digital cameras — I consciously chose to shoot black and white film. Shooting that first roll of a somewhat temperamental film stock I made some mistakes, but I was smitten by the results as this camera from the 1960s aptly captured the mood of the moment. 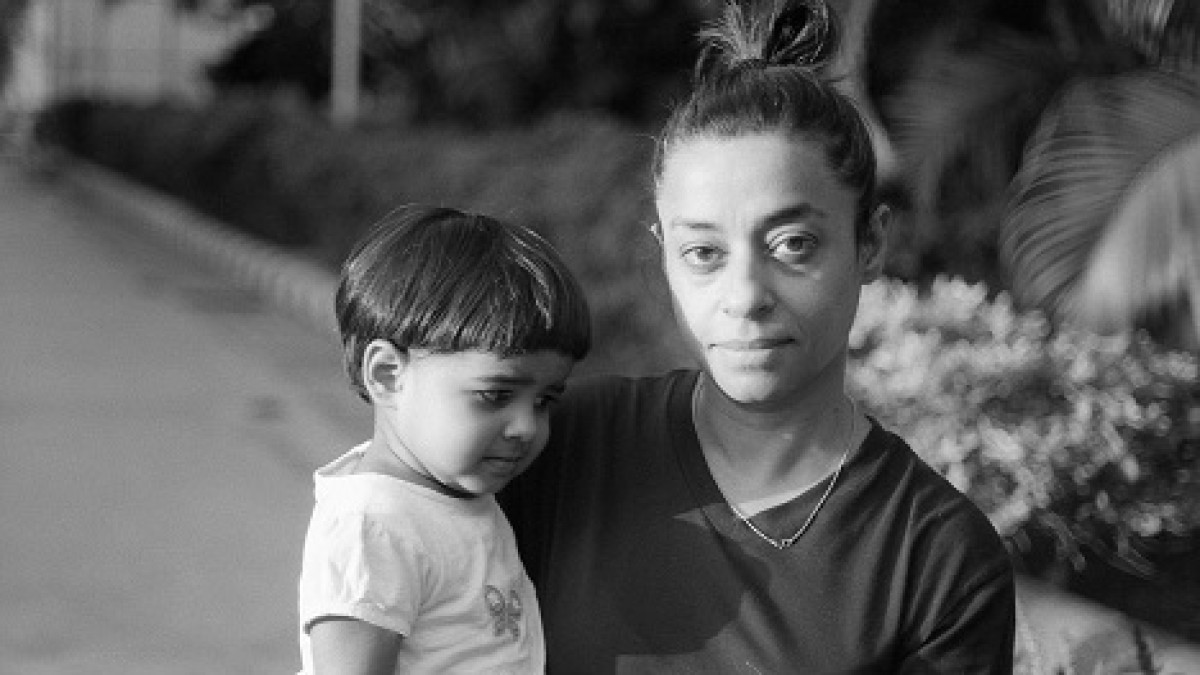 Shooting film, I got more effective images per 36 shot roll than I got per 100 digital images. The mental exposure calculator became second nature and my sense of anticipation got sharper. When air travel resumed, we travelled to Greater Noida to spend time with my wife’s parents. My subjects widened, as did the emotions that I captured. My father-in-law dug out a long-forgotten Mamiya 6 Rangefinder that his father brought back from a business trip to Japan circa 1948. Though it hadn’t been used for about 40 years, a technician in Calcutta was able to restore its mechanics. Images from this camera — shot in December 2020 — seemed to capture the feel of Delhi’s smoggy winter.

The pandemic had driven me further down the digital rabbit hole. Pre-pandemic, my social media habits had been borderline unhealthy, but during the lockdown, this had become much worse. I was running parallel communications with people on Facebook, WhatsApp, and Signal. Work, too, moved from the genuinely stimulating company of people — to screens and chat. The time I spent with my film cameras became a sort of respite. The tactile feedback of the superbly engineered Nikon bodies and lenses from the 1960s, the gratifying clicks of aperture wheels and shutter speed dials, and the clack of the SLR mirror seemed to anchor me in reality. 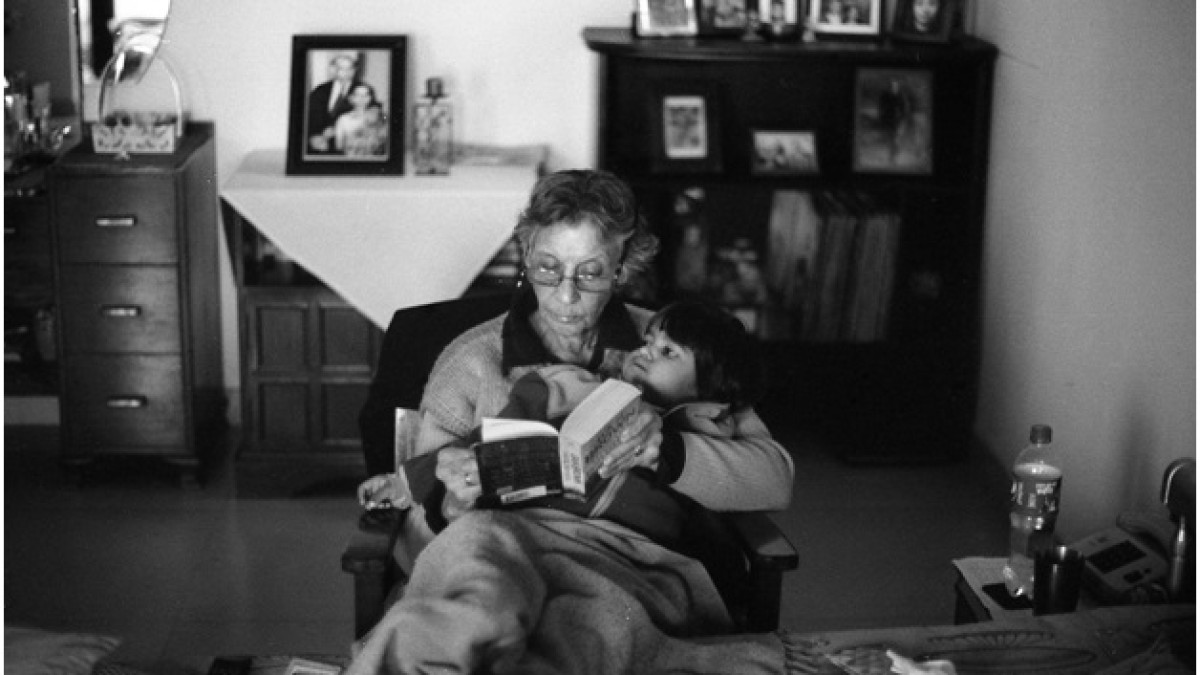 “I want to read with Naani”. Expired Acros 100 on Nikomat FTN and Nippon Kogaku 50mm F1.4 lens. Processed and Scanned by Sarbajoy Paul.

My respect for these cameras increased with each passing day. Most of my cameras are mechanical — made between 1950 and 1970. There are the mocked and scorned Soviet cameras such as the Zorkii 4 which people claim are unreliable, but which I discovered — are eminently usable and represent excellent value. Then boxy East German Prakticas came with very nice lenses. There are stand-out items such as my Konica IIIA which is an Art Deco masterpiece that one could put in a display case and look at all day. I also enjoyed the hugely underrated German Voigtlander fixed lens cameras — finely engineered items built for tactile joy and outstanding output.

I ventured into repairing the shutter movement of an Agfa Isolette from the 1950s. In a world, where cellphones die in two years and laptops die in five, it was an absolute joy to experience an intricate device built of springs and clockwork — put together by human hands and designed to be repaired and rebuilt. Nearly 70 years later, my Agfa’s shutter speeds are still accurate. 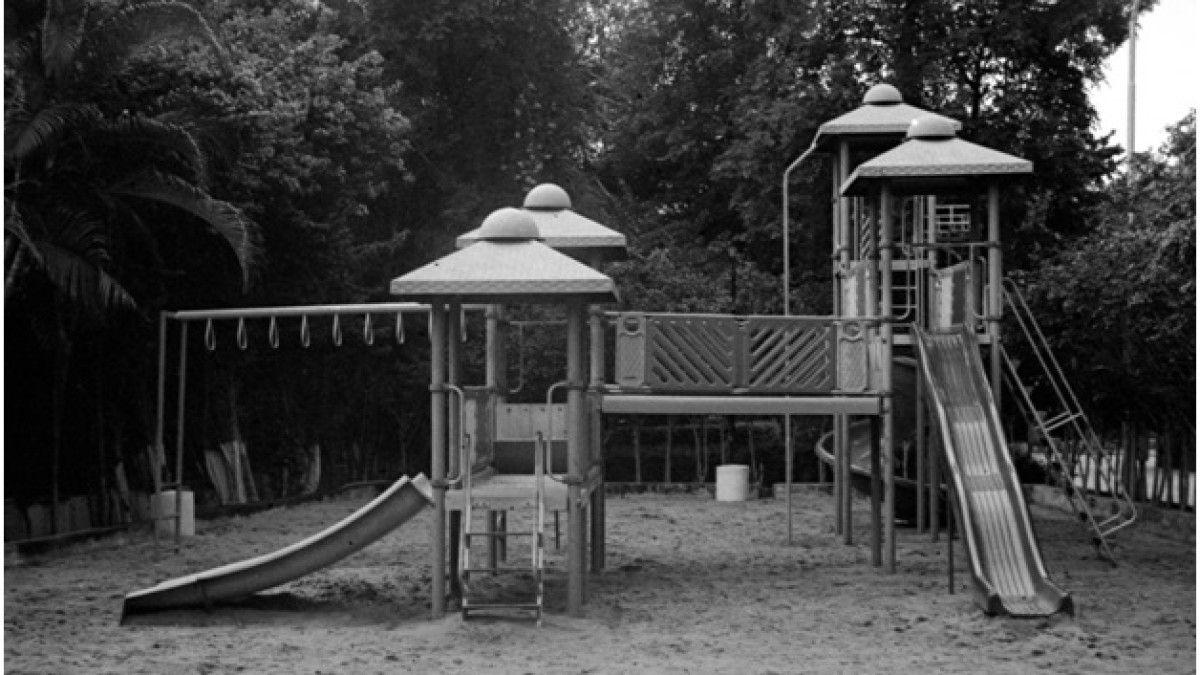 "Not just the people were lonely". Kentmere 400 film on Braun Paxette camera, processed and scanned by Abhinav Karhale.

The more I shot film, the fewer digital images I took. Of course, it helped that since March 2020 I’ve spent most of my time at home and there has always been a film camera nearby. The process of shooting film has influenced my other creative pursuits. For much of 2019, the idea for a novel had been developing in my head. Once I started shooting film and had assembled a lineup of vintage Nikon lenses, I found the perfect metaphor for what I was trying to convey and started work on my manuscript. Things were looking up. I began to plan photo projects — shooting Kolkata, Colaba, and Old Hyderabad on film; a words and images book/exhibit on the pandemic; shooting a 1920s-themed party on film, and so forth.

Then the second wave hit.

All these planned projects crumbled in a week. For a month, I was fielding three to five calls a day from people looking for oxygen, Remdesivir, hospital beds, and ambulances. Family, friends, schoolmates, former colleagues, and associates in professional and fraternal organisations were snuffed out by the second wave. By the end of July 2021, I began to take stock of what was left. This drove me to questions on permanence and made me revisit the past trauma of loss and the frailties of memories and art. 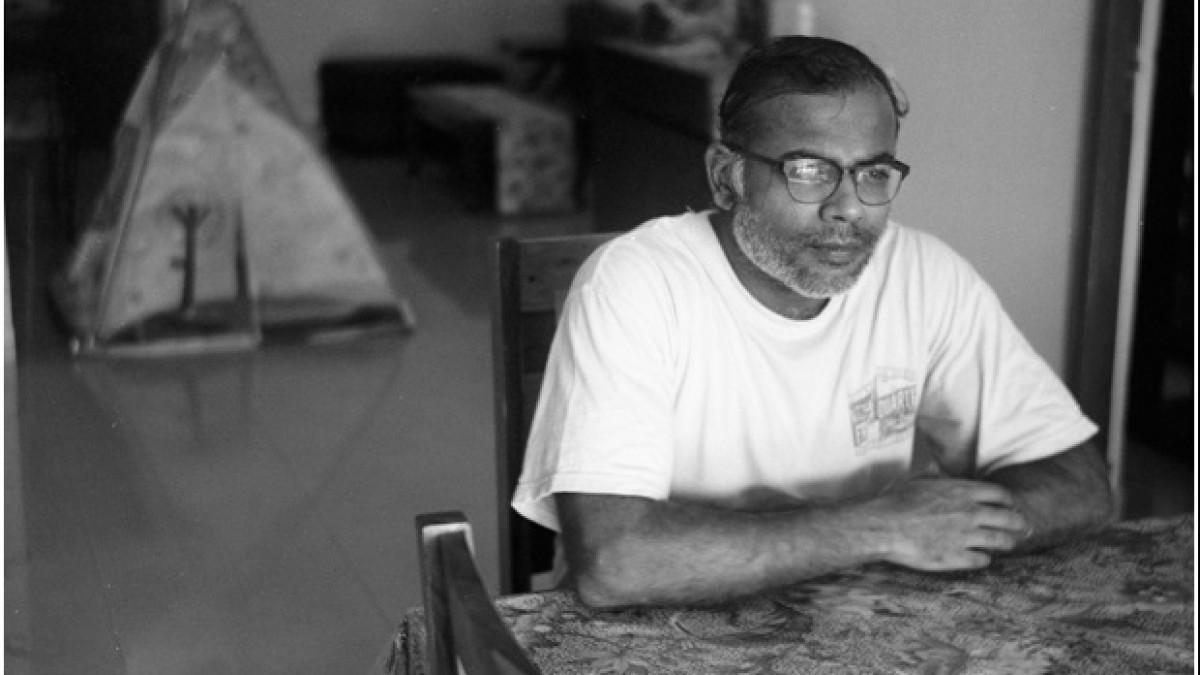 Test image shot on the Agfa Isolette after I restored the shutter. Ilford HP 5 processed by Lenny Emmanuel and scanned by Sarbajoy Paul.

Digital is transient. In 2012, a hard drive crash wiped out most of my writing from the previous decade. Accounts on Twitter, Facebook, and Instagram can get irrevocably blocked and terminated, and bit rot can destroy digital images stored on a portable hard drive in as little as 10 years.

A few years ago, I spent a bright May afternoon with a child I adore. I watched her scribble on sheets of paper in the general colour scheme of her Elmo doll. We sang the Alphabet song. I managed to teach her the first stanza of Hoagy Carmichael’s “Lazybones” and parted with the hope that she would pick up the rest of it the next time we would be together. Thanks to the vagaries of fate and the utter unpredictability of human connections, there hasn’t been the next time. My pictures of her were lost when my phone crashed a few months later, and all I have now are a few low-resolution images from Facebook chats when I was still on talking terms with her mother. 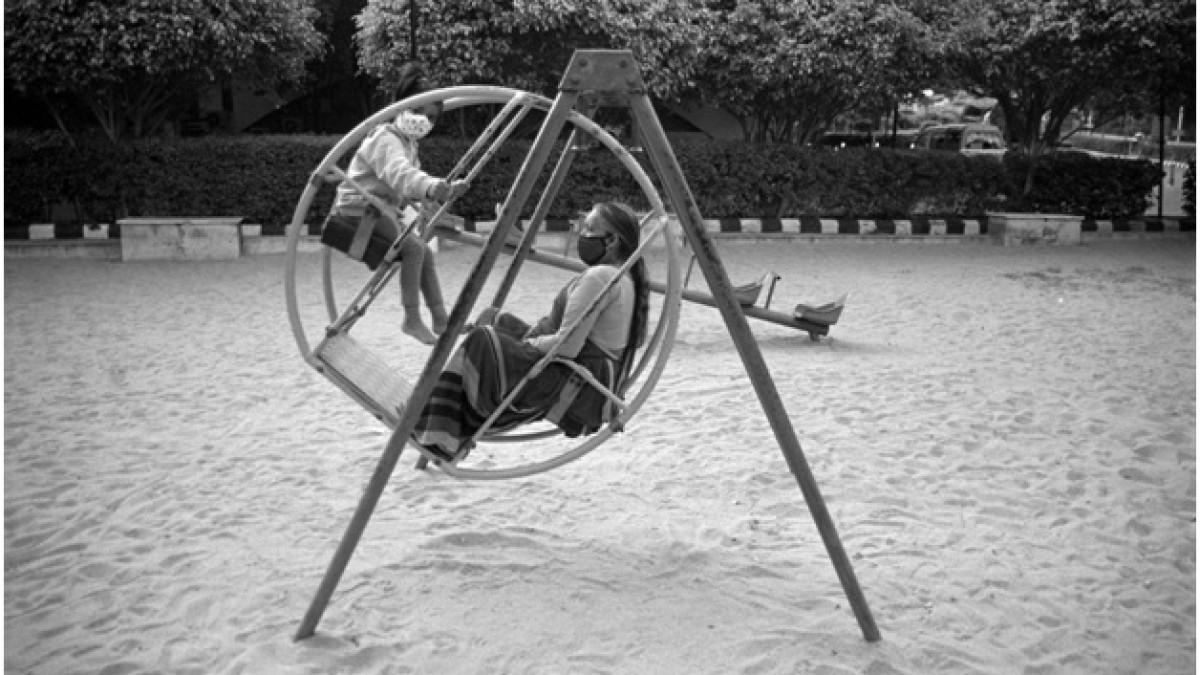 Analog endures. My father-in-law has a box of film negatives dating to the 1940s that can be printed even today. My mother has hundreds of film photographs in albums that still have the power to make one travel back in time. Digital may be ubiquitous, but there are sound aesthetic, philosophical, artistic, and therapeutic reasons to freeze slices of perception with light and silver.