Shivpal Yadav formed the Pragatisheel Samajwadi Party-Lohia in 2018 but before the 2022 assembly elections, both leaders came together. Shivpal Yadav contested from the Jaswantnagar assembly constituency on the SP ticket.

Presidential Election: 28% Of Total Invalid Votes Were Cast In Parliament

Members of Parliament constituted only 16 per cent of the electoral college for the presidential election -- there are a total of 4,809 votes, including 776 parliamentarians. Presidential Election: What Cross-Voting From Opposition Members In Favour Of Droupadi Murmu Means

At least 126 MLAs from and 17 MPs from the Opposition camp cross-voted in favour of BJP-led NDA's candidate Droupadi Murmu. Yashwant Sinha, who was Opposition’s candidate for Presidential election also congratulated Droupadi Murmu saying every Indian hopes that as the 15th President she functions as the ‘custodian of the Constitution without...

Delhi LG V K Saxena has reportedly advised Arvind Kejriwal to not attend the World Cities Summit in Singapore next month since it is a conference of mayors and...

Rajya Sabha Secretary General P C Mody, who is the Chief Returning Officer for the poll, will oversee the counting Thursday, the result of which is likely to...

On Tuesday, the Congress' Karnataka unit lodged a complaint with the Election Commission against Murmu and others alleging violations of the provisions of law...

With the BJP's dominance and support from regional parties such as the BJD, BSP, Shiromani Akali Dal, Shiv Sena and now JMM, Murmu's vote share is likely to...

Presidential Polls: Here's Why Votes To Be Stored In Ballot Boxes, Not EVMs

In accordance with the system of proportional representation by means of single transferable vote, every elector can mark as many preferences, as there are... 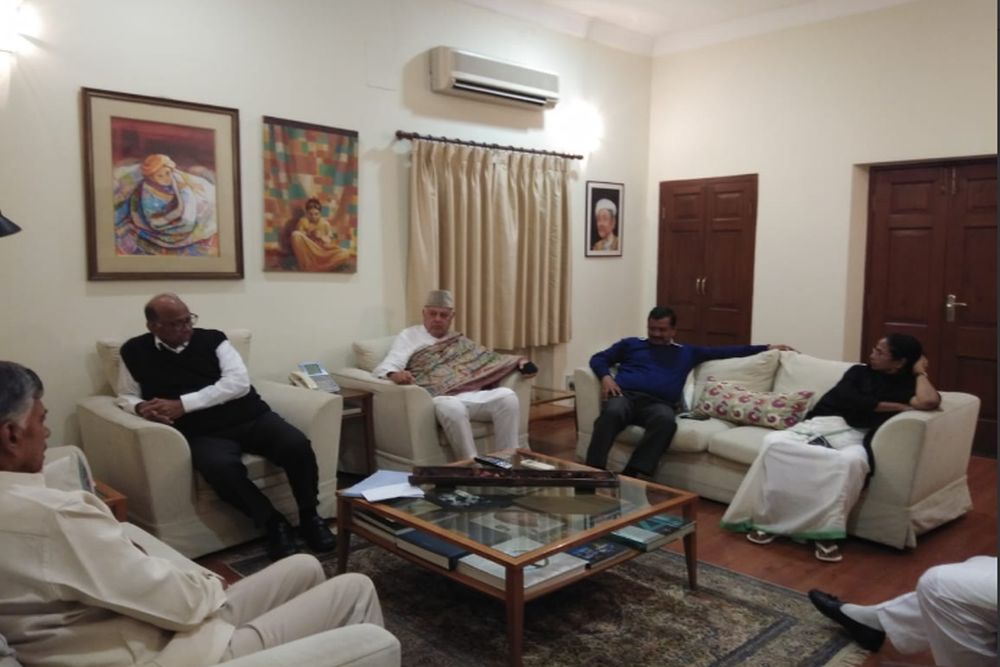 Presidential candidate Yashwant Sinha has claimed said that the democracy in the country is ruined and that the voters should listen to their conscience while...

Presidential poll candidate Yashwant Sinha has termed the new list of unparliamentary words the latest in a series of assaults on the country's democracy by...

Droupadi Murmu will meet BJP MPs and MLAs at a hotel here, a BJP spokesperson said. The BJP has 71 MLAs in the 200-member Rajasthan assembly.

NDA presidential candidate Droupadi Murmu had visited Assam last week to campaign and had met the MPs and legislators of the ruling BJP and its allies the Asom...