‘Maja Ma’ On Amazon Prime Video Movie Review: Patriarchal Take On A Woke Concept Ends Up Being Too Pedestrian

Madhuri Dixit Nene starrer ‘Maja Ma’ has released on Amazon Prime Video, which is the OTT platform’s first India original. Is it worth a watch? Read the full movie review to find out.

‘Maja Ma’ Actor Barkha Singh On Getting Her Accent Right As Esha, Working With Madhuri Dixit

Actor Ritwik Bhowmik, who is gearing up for his streaming movie 'Maja Ma', is one of the most revered actors in the OTT space, courtesy of his work in many web shows. He is elated to make his film debut with 'Maja Ma', which... Madhuri Dixit's 'Maja Ma' Gets Shout-Out From LGBTQ Community: Thank You For Sensitively Portraying This Story

The narrative begins with a series of innocuous events that eventually lead up to the key protagonist, Pallavi Patel, played by Madhuri Dixit, unintentionally coming out of the closet.

Madhuri Dixit: My Kids, Husband Still Talk To Me In US Accent All Day Long Madhuri Dixit: Women Are Not Caricatures In Films Anymore, They Are Humans

After making her digital debut with ‘Fame Game’, she is now gearing up for Prime Video’s First Indian Amazon Original Movie- ‘Maja Ma’ Madhuri Dixit: Era Of Boxing People And Characters Is Over

Bollywood actress Madhuri Dixit, whose streaming movie 'Maja Ma' released recently, is chuffed with the response so far to the film. Srishti is playing the on-screen daughter of Madhuri in the film directed by Anand Tiwari. 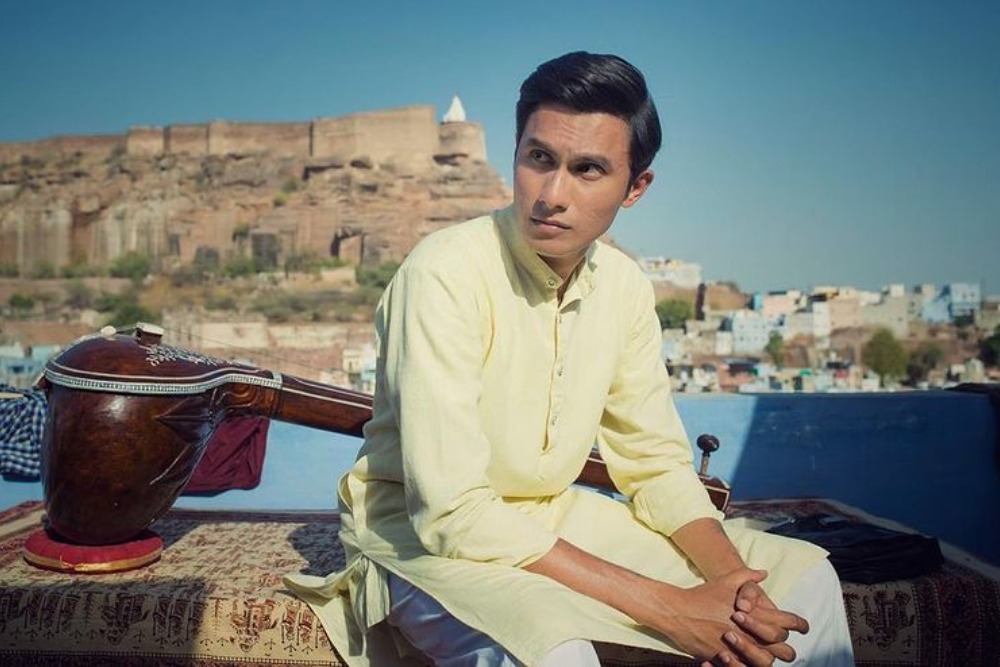 Singer Ash King, who has lent his vocal prowess for the song 'Ae Pagli' from the Madhuri Dixit-starrer 'Maja Ma', said that the number reflects the purity and...

Actor Gajraj Rao, who is known for his work on the digital medium, is currently gearing up for the release of his upcoming streaming film 'Maja Ma' in which he...

Actress Barkha Singh, who is gearing up for her upcoming streaming movie 'Maja Ma', shared that the films proved to be a learning curve for her as well as an...

‘Boom Padi’ from ‘Maja Ma’ has been released online and soon has become one of the most spoken songs for this festive season. Here are a few reasons...

Gajraj Rao On Ritwik Bhowmik: He Has Very Expressive Eyes Like Ajay Devgn

Actor Gajraj Rao, who will be soon seen in the upcoming streaming movie 'Maja Ma', feels that his co-actor in the film, Ritwik Bhowmik has quite an expressive...

Actress Madhuri Dixit Nene loves Gujarati culture and has some proficiency in Gujarati language as a lot of her friends were from the community.

Bollywood actress Madhuri Dixit took to the stage to do what she does best - present a dance performance.

Singer Shreya Ghoshal, who sang first song of her career for the Madhuri Dixit-starrer 'Devdas', says the new track 'Boom Padi' from the Gujarati film 'Maja...

Madhuri Dixit Nene To Star As Lead In 'Maja Ma'

Twinkle toes Madhuri Dixit Nene will be seen as the lead star in the upcoming movie 'Maja Ma', a family entertainer slated to release digitally on October 6.