The FIFA U-17 Women's World Cup 2022 begins in India on October 11. Hosts India have been drawn in Group A alongside USA, Morocco and Brazil.

The buses have 30 seats each, out of which those reserved for women have been marked in pink, an official said. The zero-emission electric vehicles will promote green mobility, while paving the way for a sustainable future... The maximum temperature is expected to be above normal by 3-4 degrees Celsius at many places across the state during the next 24 hours. It is likely to fall by 2-3 notches subsequently, it added. The test positivity rate jumped to 4.03 per cent from 3.48 per cent as the cases were detected out of 18,442 samples. Eighty-seven children were among those afflicted with the disease. World No.5 India are placed alongside England (world No. 6), Spain (world No.8) and Wales in the showpiece event to be jointly hosted by Bhubaneswar and Rourkela from January 13 to 29 next year. The test positivity rate jumped to 3.35 per cent from 2.77 as the cases were detected out of 15,265 samples. Fifty-nine children were among those afflicted with the disease. 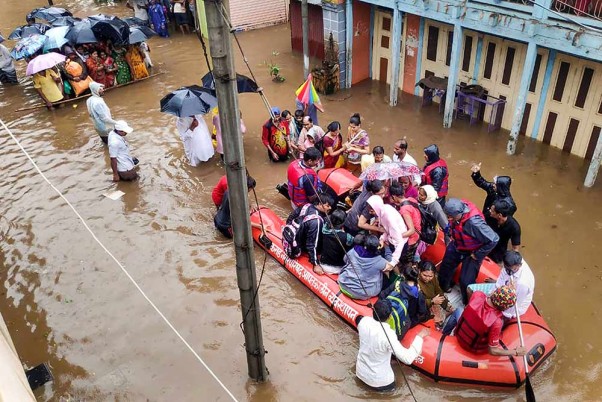 National Disaster Response Force were rushed from Bhubaneswar to Silchar to carry out rescue operations as the flood situation in Karimganj and Cachar...

Assam Flood: A total population of nearly 48 lakhs have been affected in 32 of the 36 districts of the state so far, in the second wave of floods, while 82...

Sanjay Kumar Singh has been appointed as the new principal and secretary of the Information and Public Relations Department and Yamini Sarangi as the officer...

Have You Been To The Diamond Triangle Of Odisha?

The ruins of Lalitagiri, Ratnagiri and Udaygiri speak volumes about Odisha's Buddhist legacy and architecture

India’s Sukhjeet Singh broke the deadlock in the 19th minute, while Varun Kumar and Abhishek also scored to help India win the game 3-1 on Friday.

India and Germany will be back in action Friday at the same venue for the final match of the Indian leg of the FIH Hockey Pro League.

By virtue of this win, India are at the top of the FIH Pro Hockey League standings with 21 points from 10 games. England are at the seventh spot.

India women will play Germany women in FIH Pro League 2021-22 on March 12 and 13 in Bhubaneswar. Get live streaming details of IND-W vs GER-W.

India's FIH Pro League 2021-22 hockey matches against Germany were scheduled for March 12 and 13 at Kalinga Stadium, in Bhubaneswar.