Hosting both versions of the Olympics is an assertion of China's commanding position in geopolitics, business, trade and economy, science and technology, defence and arts and entertainment, to name a few.

“Gongs and drums, banners and flags, are means whereby the ears and eyes of the host may be focused on one particular point.” – Sun Tzu, Art of War

The stage is set, and the ice and snow of Beijing are set to showcase the supremacy of an assertive superpower. If the successive Summer Olympics Games are aptly described as the “greatest show on earth,” the 2022 Winter Olympics is undoubtedly a show of strength in the middle kingdom. (More Sports News)

An event that has been predominantly an exclusive sports showreel of a handful of countries around the Arctic Circle and the nations surrounding the skiing paradise of the Alps has been finally turned into an Olympic size spectacle, thanks to an uncharacteristic host nation.

Among the significantly shortlist of medal winners from mostly the non-tropical cold weather countries, China stands at 17th place in the all-time Winter Olympics medals tally with 13 gold medals and 62 overall. Of course, it’s not quite bad considering the fact that China’s position is much higher than many of the Summer Games stalwarts like Great Britain and Australia.

But the quadrennial winter sports extravaganza has been traditionally monopolised by Norway and followed by the two Cold War nemesis of the USA and Russia along with Germany and Canada, without leaving hardly any elbow room for other nations, including China, Japan and South Korea.

Low-key affairs of the past

However, Beijing 2022 is not about an also-ran country bootstrapping its way to the higher pedestals of the Winter Olympics with the bragging rights as a host. In fact, it’s more than a sporting event. Instead, the once-in-four-years icy affair snowballed into a geopolitical spectacle for the first time since the low-key inaugural edition at the foot of Mont Blanc in the Alpine skiing retreat of Chamonix in France in 1924. 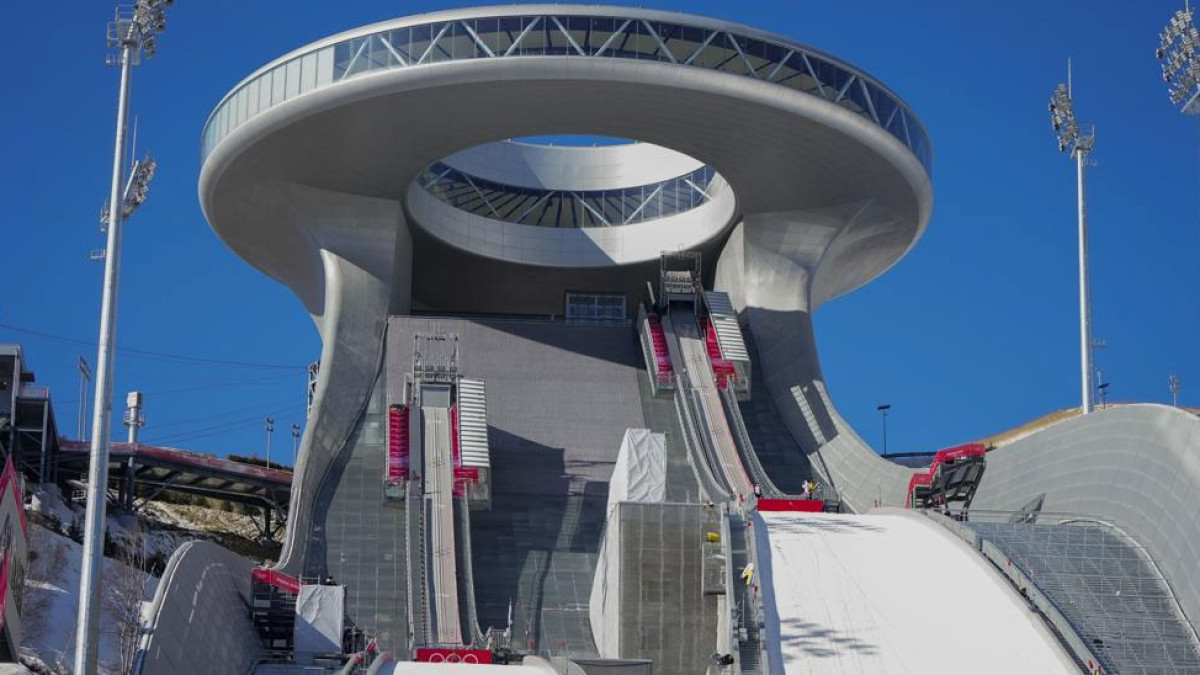 Preparations are made at the Zhangjiakou National Ski Jumping Centre ahead of the 2022 Winter Olympics, Feb. 2, 2022, in Zhangjiakou, China. AP Photo

The journey from the foothills of Europe’s most celebrated mountain to the land of Mount Tai has seldom caught global attention in its true sense. There was an outcry over the death of 19-year-old Australian skier Ross Milne at the 1964 Winter Games in melted Innsbruck in Austria.

The innocuous Jamaican bobsleigh team’s much-mocked-about debut in Calgary in Alberta, Canada, in 1988 hit the headlines.

There was an uproar over the construction of the Games village-turned-prison at Lake Placid, the USA, in 1980 amidst the Cold War boycott geopolitics, but the same Winter Olympic edition witnessed one of the greatest sporting moments on the ice came when Al Michael’s iconic call of the final seconds of “Do you believe in miracles? YES!”” immortalized underdogs USA’s miracle last-gasp victory over four-time defending gold medallist Russia (then the Soviet Union) in the ice hockey medal round.

And in recent times, Vladimir Putin’s reign came under fire from LGBTQ rights activists and anti-corruption crusaders during the 2014 Winter Games at the Russian Black Sea resort of Sochi. But no previous Games hogged the limelight as much as Beijing – the only city on earth to host both the Summer and the Winter Olympics.

Right from Chairman Mao’s epic plunge into the Yangtze River in Wuhan and the subsequent “world-record” swim to herald a new phase of the Cultural Revolution in July 1966, records and feats have always been endeared and embraced by the propaganda machinery of the Communist country’s leadership.

Even though the US, Canada, France, Germany, Russia, Italy, Japan and South Korea have already touched the milestone of hosting both the Olympic versions, but bagging the hosting rights for the second time, and that too of the Winter Games for their citadel of Beijing, indeed gave a shot in the arm of the residents of Zhongnanhai.

Since their “Core Leader” assumed power in 2013, China has been regularly staging a slew of high-level international events in the spheres of geopolitics, business, trade and economy, science and technology, defence and arts and entertainment, to name a few. 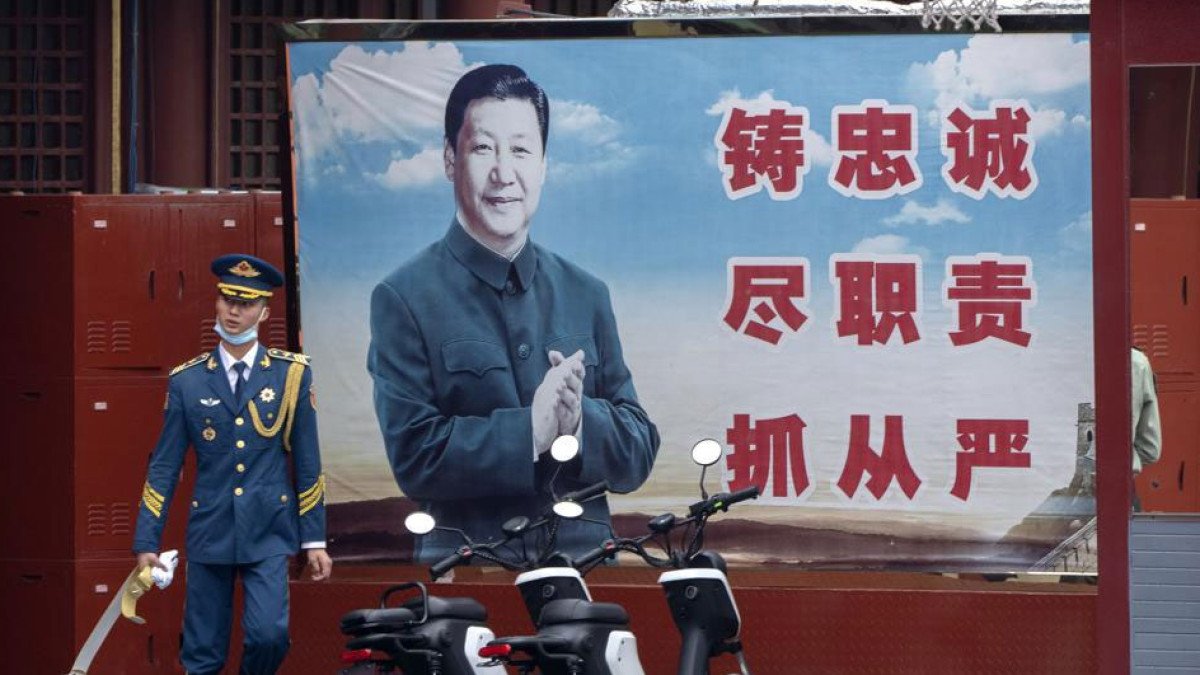 An honour guard walks past a poster of Chinese leader Xi Jinping near the entrance to the Forbidden City in Beijing. AP Photo

However, except for a handful of blue riband events like the Basketball World Cup, Badminton World Championships, Formula One Shanghai Grand Prix, Military World Games, a couple of ATP and WTA tennis tournaments as well as Asian Games, President Xi Jinping’s regime hasn’t hosted any big-ticket sporting event that could have matched the magnitude, popularity and quality of the 2008 Beijing Olympics.

As per the global viewership listings, only a FIFA World Cup could have been the best option, but the Chinese football team’s failure to raise the bar over the past few years have played a spoilsport alongside Qatar’s prize catch of the hosting rights for the upcoming edition of the World Cup in November-December amidst bribery allegations.

However, since winning the bid for the 2022 Winter Games in 2015, it hasn’t been a cakewalk for China down the snow-capped slopes from the International Olympic Committee’s headquarters in the Swiss city of Lausanne to their impregnable Communist Party of China (CPC) citadel of Beijing through the almost impenetrable Great Wall.

Irrespective of a rock-ribbed Republican President Donald Trump giving up the White House to a dogged Democrat President Joe Biden, the last few years have seen the most populous nation locking horns with their arch-rivals, the US, in a fiercely-fought trade war.

The human rights violation accusations by the western countries in the restive Xinjiang province have also come to the forefront and kept China’s foreign ministry mandarins and propaganda apparatchiks literally on their toes in the past couple of years.

But as the epicentre of the first known outbreak of the COVID-19 pandemic has almost compelled the Communist regime in China to run that extra mile like never before. On foreign soil, it has been a busy time for its fiercely combative “Wolf Warrior” diplomats against their western counterparts, while at home, they had to pull out all the stops to meet the deadline at a breakneck speed. 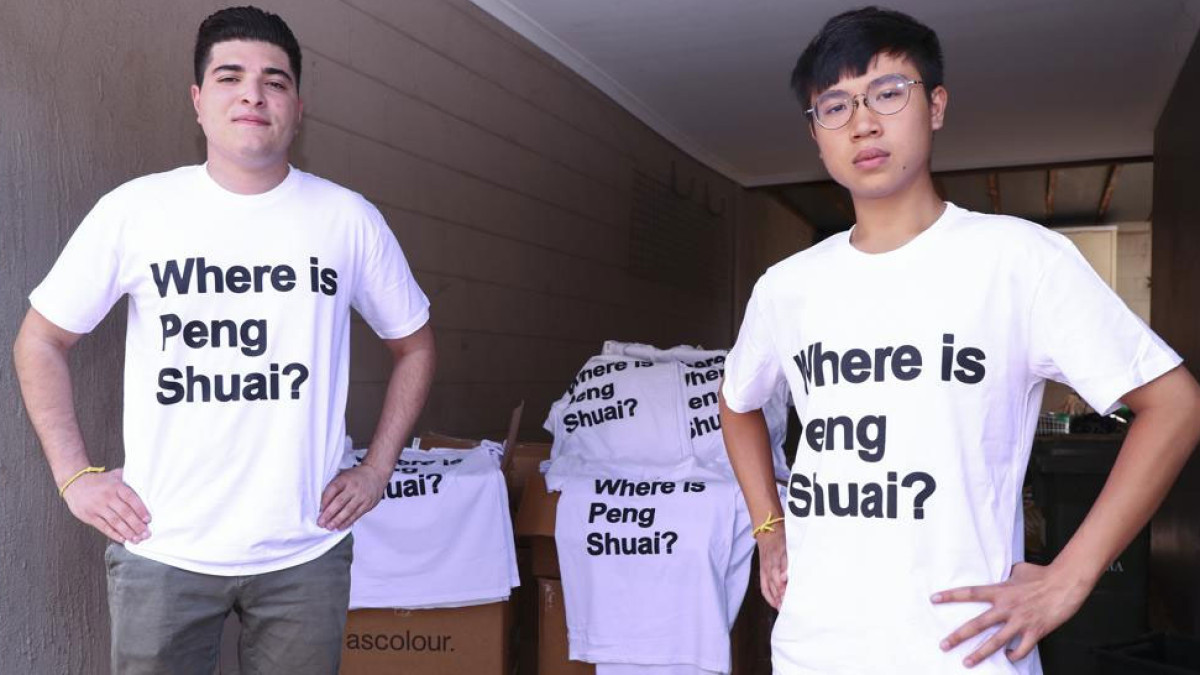 Where is Peng Shuai shirts were distributed during the Australian Open in Melbourne last week. AP Photo

Even after china’s successful combat and containment of the virulent virus with its “zero-COVID-19” policy resulted in timely completion of Beijing’s major infrastructure push and seamless implementation of their herculean “closed-loop” management system, comprising around 60000 competitors, journalists and the Chinese workforce associated with the Games, the Peng Shuai issue came zooming down the Olympic slopes like a bolt from the blue.

The gargantuan Great Fire Wall was back in action before the controversy was kept out of the IOC’s Brobdingnagian bubble for athletes and federations ahead of the Winter Games with China’s massive diplomatic outreach and mammoth financial might.

Then came a rather rummaging response and lukewarm impact following the diplomatic boycotts by the USA and its handful of allies, including Australia, Canada, Belgium, Denmark, Estonia, Lithuania, and also, India, on the eve of the opening ceremony, but that could hardly burn the Olympic-size stone safely placed in the house.

Also, amidst its intensifying Taiwan tensions and border disputes with India, the Chinese Winter Olympic juggernaut rolled downhill to steamroll its uphill tasks and got ready just in time for a spectacle that has been magnified to a colossal scale for its 1.4 billion people inside and its friends and adversaries outside.

Even though the participation of the tropical and subtropical countries, mostly developing and least developed ones, with almost zero exposure to winter sports in Beijing, has been predictably minuscule, the Games at the world’s first “double-Olympic city” has more geopolitical implications than the amount of snow required to artificially prepare its big air venue, bobsleigh, luge and skeleton track, and biathlon, cross-country skiing, Nordic combined fields.

If Beijing 2008 gave the rest of the world a glimpse of the phenomenal rise of China behind the iron curtain, Beijing 2022 certainly demonstrates the USD 18 trillion economy’s iron fist in world affairs. Undoubtedly, it’s a showpiece event for the Chinese President’s vision of moulding China into an undisputed sports superpower as an integral part of his much ambitious Chinese Dream. 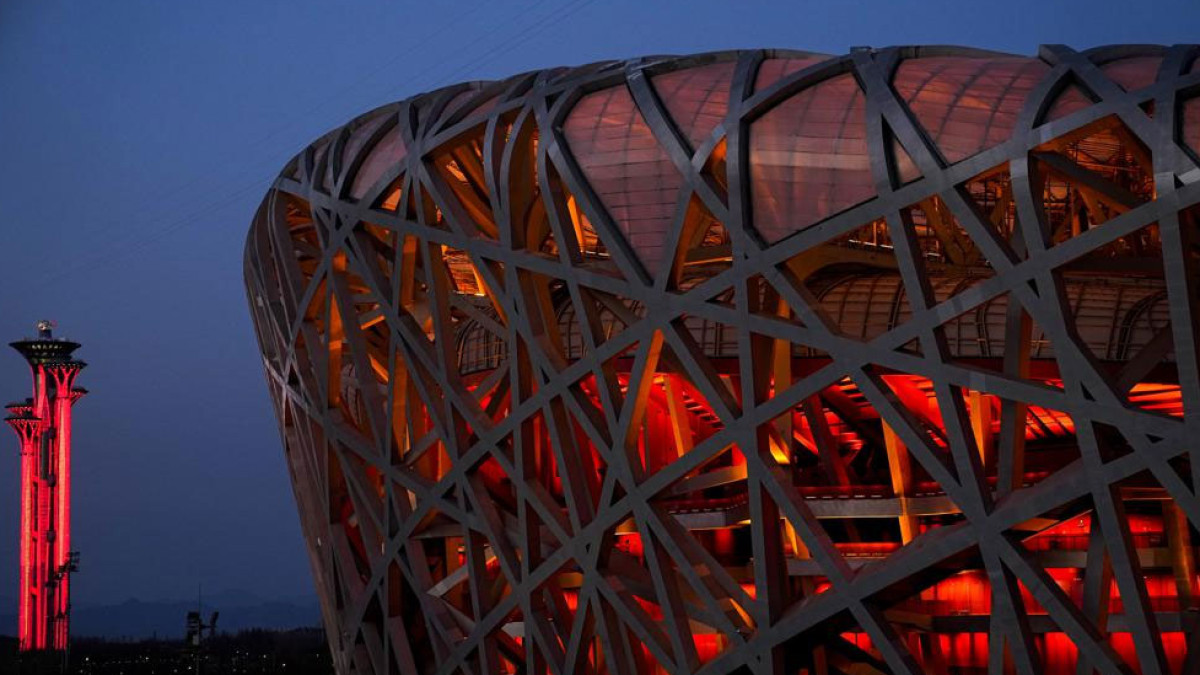 The National Stadium and the Beijing Olympic Tower are lit in red on the eve of the Chinese New Year ahead of the 2022 Winter Olympics, Jan. 31, 2022, in Beijing. AP Photo

Seldom the frigid environment of the Winter Games registers red-hot sporting moments, but the icy indoors and the snowy slopes in Beijing and its neighbouring city of Zhangjiakou may well spring up some scintillating surprises and dramatic developments, not only in the realm of sports but in the diplomatic domain as well.

Nonetheless, as the Alpine skiers zoom down the snow-covered slopes of Xiaohaituo Mountain in Yanqing District on the outskirts of Beijing for Super-G, it will indeed reflect China’s pivotal influence on the global balance of power under their “Super-Xi.”

(Suvam Pal is an international journalist, author and documentary filmmaker. He tweets @suvvz)