Sachin Sharma was a student of pharmacy. When the pandemic struck, he dropped out and took charge of running a crematorium. He is 22.

It is not everyday that you hear of a 20-something who has dropped out of college to become an undertaker. Meet Sachin Sharma -- not only has he made the move,  he also has no regrets about his truncated higher education.

When he joined his course in pharmacy, Sachin Sharma’s career goal was primarily about dealing in medicine. Life had different plans. When the pandemic hit, Sharma dropped out of his Bachelor of Pharmacy course and decided to run a funeral service. This was 2020.

Cremation was the pressing need during the peak pandemic period and a newly operational crematorium in Greater Noida had a 'vacancy' -- the owner of a charity needed someone to take charge.

Today, Sharma does not want to do anything else.

“The death toll was rising at that time when I took over this crematorium. The person who owns this land runs the service as a charity, and he has trusted me with the operations. There is no remuneration, we just get a place to stay,” he said. 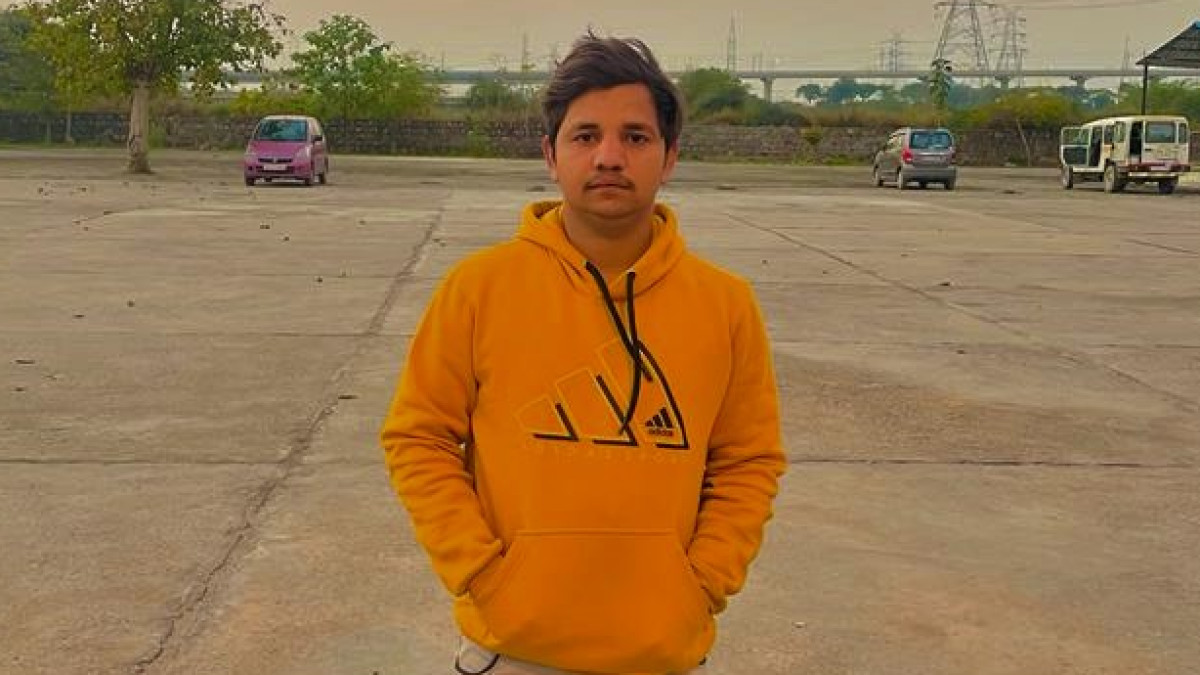 Sachin Sharma, a 22-year-old college dropout who has been running a crematorium

“I have helped cremate some 60-70 bodies each day during the pandemic. Over the last two years, I have burnt 1,780 pyres,” he told Outlook. He moved into a room on the funeral ground along with his father and grandfather. The cremation ground is now his address.
Sharma said he has aged beyond his years over the last 24 months: “I have seen more of life in the last two years than I ever did before,” Sharma’s day starts at 6 am. He has four people to help him in his ‘business’. Death does not shock him.

On an average day now, he cremates four or five bodies. He runs a store of supplies that caters to the requirements of Hindu funerals - wood, ghee (clarified butter), sandalwood, an assortment of ingredients. He also operates an ambulance service to ferry corpses. He has no salary but he makes enough from his store.

“When someone comes and says he has no money for a cremation, I do it for free. I helped cremate many without any charge during the peak pandemic time and even now I get quite a few such cases,” he said.

It takes around three to four hours to complete a cremation — but Sharma also has a personal theory about the amount of  time various bodies take to burn.

“Old people who have been on medication take a long time to burn. Also, people who have generally been cruel and of bad karma take hours to burn. But good pious people burn easily. I remember the body of an old lady was brought here and it took only about an hour to complete the funeral — it is very easy to understand what sort of a life some one has led from the quality of his funeral,” Sharma said with an air of reflection.

Given a chance would he go back to formal education and complete his course in pharmacy? “No way. This is my life now. This is all I want to do. Even if I completed by Bachelors in Pharmacy, I would have bagged a job with a salary worth Rs 20,000 perhaps. I am doing much better here,” he said.

Has dealing with death at close quarters helped him shape his views about life? What notes does he have to share from being an undertaker. “Don’t be proud. Whether you are a rich man or a poor man - you will end up the same way. Pride is pointless. Try to do good and serve the poor.”

And a parting anecdote: “There was an old man in our village. I once asked him to give me some water to drink and he turned me away. What a pathetic person. When he died, they brought his body for cremation here. It took us some six or seven hours to cremate his body, as if even in death he had no respite”.