From lending her voice to ‘Ishwar tero naam, Allah tero naam’ to public declaration that Savarkar was like her father figure, Lata Mangeshkar kept flitting about in the branches of antagonising ideological trees.

This metaphoric river aptly characterises Bharat Ratna Lata Mangeshkar (1929-2022) if we assume the two competing ideas of India as two opposite shores for a while.

On the one side, Lata comes across as a cultural icon of a composite culture that showcases Nehruvian India. And on the other, she doesn’t hide her affection and admiration for those who detest this idea of India. Her duality goes into the heart of the conflict that the country has been experiencing at this juncture.

On Sunday, February 6, 2022, she too must have witnessed how megastar Shah Rukh Khan got lampooned for blowing a “dua” over her mortal remains as a gesture of affectionate care and final adieu. Both Shah Rukh and his trolls stand on the opposite shores when it comes to the two warring ideas of India. And the paradox portrays the reality of India today.

Answering a question, Lata stated during a TV interview, “I want people to remember me as someone who never thought ill about anyone, who never did wrong to anyone. I tried to serve my country through my singing. To which extent I have remained successful, I don’t know...”

Undeniably, Lata Mangeshkar remained authoritatively melodious for almost eight decades with her forever adolescent voice. No one can doubt her artistic greatness. For almost every Indian, her songs have become a part of everyday life just like air, sunshine and changing hues of the weather. The fragrance of her songs is omnipresent. And the global Indian ambassador travels like a Goddess through the emotional universe of millions of her aficionados. But her demise has reignited the age-old debates on questions surrounding art versus artist and art for the sake of art only theories.

Five Most Celebrated Songs Of Lata Mangeshkar Filmed On Madhubala

As tributes poured in for India’s pride on Sunday, the country recalled how she brought tears to the eyes of the first prime minister of India, Pt. Jawahar Lal Nehru with her rendition of a poignant patriotic song penned by Kavi Pradeep. 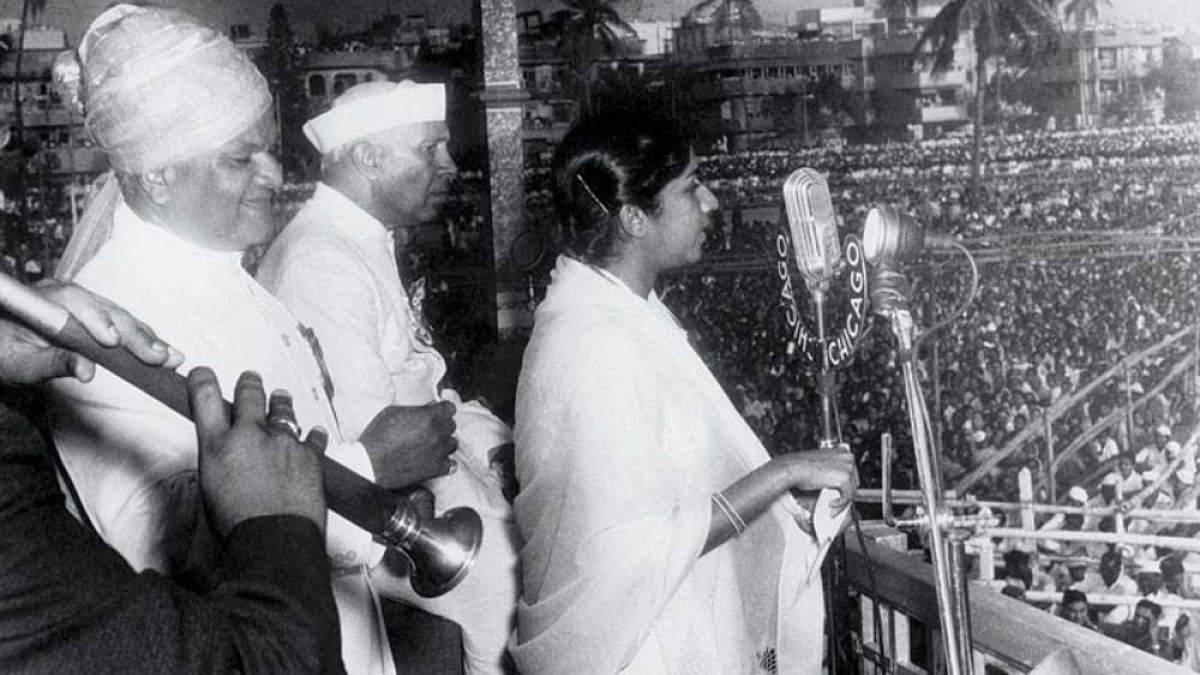 Senior BJP leader and former deputy Prime Minister Lal Krishan Advani recalled “Lataji has been my all-time favourite among popular singers and I feel fortunate to have shared a long association with her.” In a condolence note, he maintained that Lata recorded a beautiful Shri Ram Bhajan and sent it to him when he was about to undertake Ram Rath Yatra from Somnath to Ayodhya in 1992.

It surprised those who were emotionally and ideologically attached to her song, “Allah Tero Naam Ishwar Tero Naam”  that she sang for Hum Dono (1961).  The song was inspired by Mahatma Gandhi’s favourite bhajan: “Ishwar Allah Tero Naam”.

Clearly, it was because of such songs that uphold universal human emotions and values that elicited heartfelt tributes from Muslim countries after her death. “With the death of Lata Mangeshkar, the subcontinent has lost one of the truly great singers the world has known. Listening to her songs has given so much pleasure to so many people all over the world,” Pakistan Prime Minister Imran Khan wrote on Twitter. Leader of the Opposition in Pakistan's National Assembly Shehbaz Sharif said, “The people of my generation grew up listening to her beautiful songs that will remain part of our memory. May she rest in peace.”

“With her voice, Lata Mangeshkar filled millions of hearts with joy. Her melodies are universal and forever. May the nightingale of India rest in peace,” wrote former Afghanistan President Hamid Karzai on Twitter.

All through her life, Lata enjoyed proximity with the political powers but she didn’t toe any particular political line overtly. When Prime Minister Atal Bihari Vajpayee became the prime minister, she expressed a desire to sing his poems and later belted out an album, Antarnaad. One of the six songs included, “Hum jung nahin hone deinge — We won't let war happen!”

She also sang a poem, “Saugandh mujhe is mitti ki, main desh nahin mitne dunga — I swear by this soil that I won’t let the country be destroyed” on the request of Prime Minister Narendra Modi, who recited this poem post-Indian airstrikes in Balakot, Pakistan, in 2019, ahead of Lok Sabha elections.

On January 7, Union Law and Justice Minister Kiren Rijiju, shared an audio clip of a telephonic conversation between Lata and PM Modi. She can be heard seeking the prime minister’s blessings while lauding his efforts aimed at changing India’s picture. 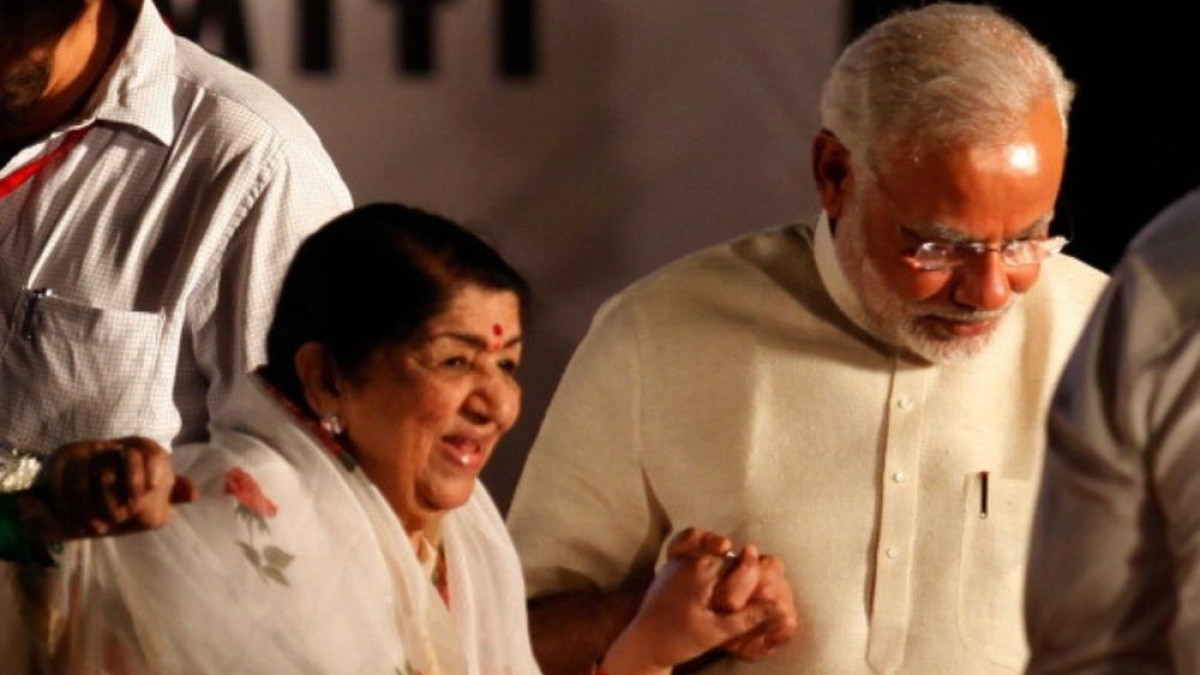 She shared a cordial relationship with the Thackerays, right from Shiv Sena founder Bal Thackeray to his sons and nephew and Maharashtra Navnirman Sena chief Raj Thackeray. In the past, Sena has opposed the collaboration of Indian and Pakistani artists besides targeting Dilip Kumar, a veteran actor, over his acceptance of Pakistan’s highest civilian honorary award.

For her, Dilip Kumar, veteran actor, remained “Yusuf Bhai” till his last breath. It was on his friendly banter in 1947 that she started learning Urdu from a Maulvi to improve her accent. 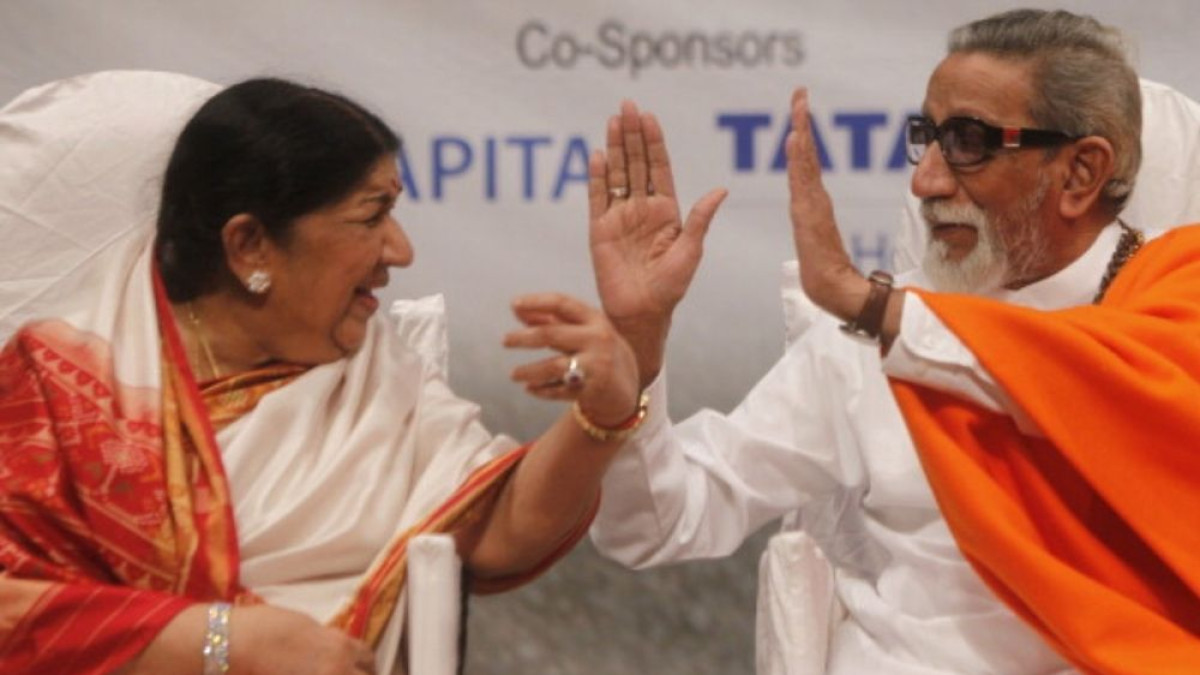 Lata once remarked that across the border in Pakistan her God sings through ghazal maestro Mehdi Hassan’s throat. In fact, she had collaborated with him, albeit remotely, on a song in 2010 for a duet “Tera Milana” for the album Sarhadein (Borders).

During the farmer's protest last year, she stood in solidarity with the government. Reacting to the International pop star Rihanna’s tweet that supported farmers’ movement over controversial farm laws, which of course were rolled back later, she too had reacted along with several other Bollywood celebrities, implying their Twitter reactions were coordinated by social media managers of the ruling party.

From lending her voice to “Ishwar tero naam, Allah tero naam” to public declaration that Vinayak Damodar Savarkar was like a father figure to her, the nightingale of India kept flitting about in the branches of antagonising ideological trees. She will be remembered as a great singer who wielded tremendous star power and yet acted mute spectator when a wedge was being driven between Ishwar and Allah, again after the Partition of the sub-continent in 1947.

(Either put balm on the wounds of the earth,
Or just turn my heart into a stone, O God!)