KylieJenner and rapper Travis Scott welcomed their second child last week. Kylie Jenner posted an adorable photo of her daughter Stormi holding the hand of the new-born on her Instagram account

Model and television personality, Kylie Jenner, revealed the name of her second child on Saturday (February 12). She announced the news on her Instagram story. "Wolf Webster," Kylie Jenner wrote alongside a white heart when she shared the news. The model gave birth to her first child on February 2. 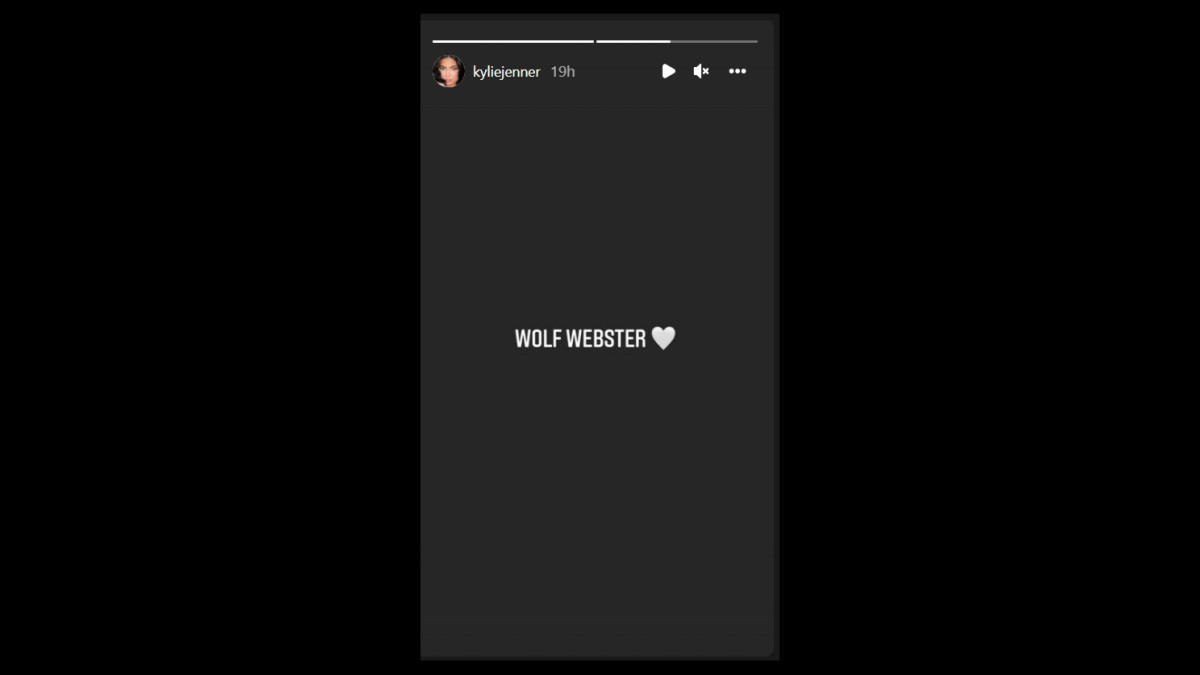 KylieJenner and rapper Travis Scott welcomed their second child last week. Kylie Jenner posted an adorable photo of her daughter Stormi holding the hand of the new-born on her Instagram account. Scott was tagged in the post. Stormi, Kylie Jenner's four-year-old daughter, is the couple's first child.

The model announced her pregnancy on September 8, 2021 on Instagram by posting a video montage. A clip of a positive pregnancy test was shown at the start of the video. She had tagged Scott's Instagram handle and captioned the video with a white heart emoji and a pregnant woman emoji.

Kylie Jenner’s shared clip also showed her sharing the news with her mother, Kris Jenner, as well as several cute clips of her daughter Stormi. Stormi could be seen kissing her mother's baby bump near the end of the video. Kylie Jenner's family and friends showered her with congratulations on her Instagram post.

Kris Jenner commented on the post with "Crying all over again, what a special and amazing blessing and gift god has given you!"

Kourtney Kardashian commented: "Crying this is so beautiful my blessed angel sister" and Kendall Jenner wrote: "I can't handle it."