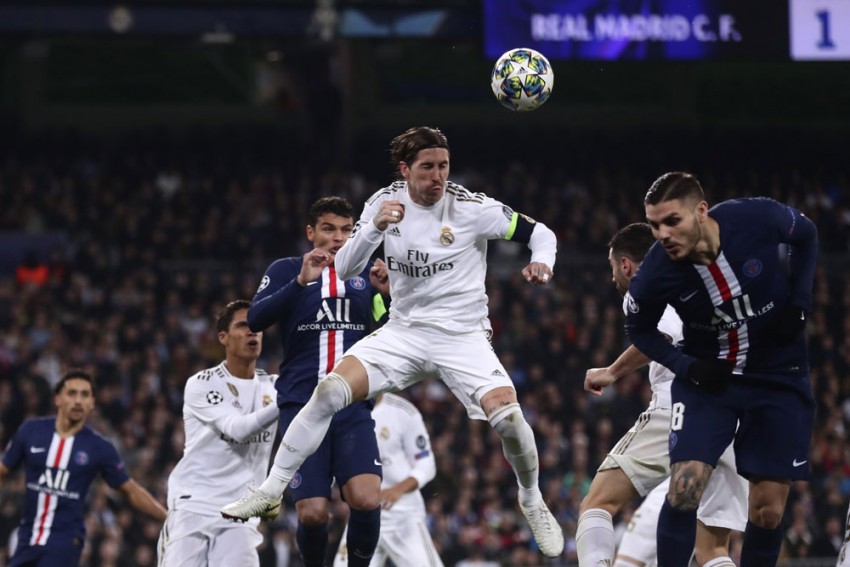 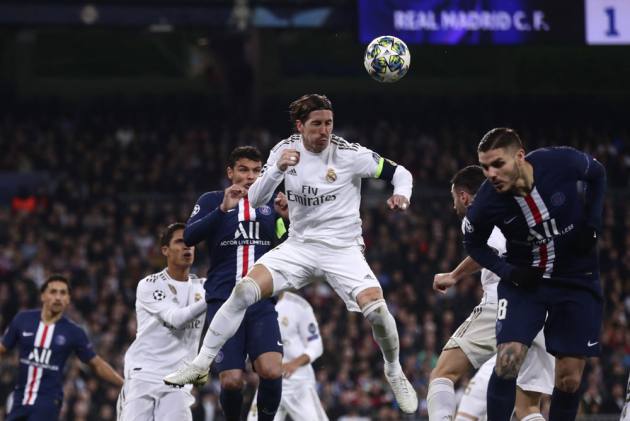 Secure in that knowledge, the Blancos treated the nearly 76,000 in the stands at the Santiago Bernabeu to some of their best football since the club won the 2017-2018 Champions League final.

Karim Benzema staked the hosts to what looked like a commanding 2-0 lead, extending his scoring streak to four consecutive matches. The French international's goals have been key to the six-match unbeaten run that has lifted the side into a tie for first place in La Liga.

Benzema put Real Madrid ahead 1-0 in the 17th minute and completed the brace in the 79th and it seemed as if even the brilliant performance in the PSG goal by former Blanco Keylor Navas could not spare the visitors a defeat.

But confusion between defender Raphael Varane and Madrid keeper Thibaut Courtois allowed Kylian Mbappe to bring PSG back into the contest with a goal in the 81st minute.

Two minutes later, Real Madrid academy product Pablo Sarabia scored for the Parisians to make it 2-2. Gareth Bale hit the post when he had a chance to win the match for the home side with a free kick in stoppage time.

The draw lifted PSG to 13 points, 5 more than Real Madrid, enough to clinch first place in the group. Besides dropping 2 points, the Blancos saw Eden Hazard leave the pitch injured.

In London, Tottenham Hotspur overcame a 2-0 deficit to defeat Olympiacos 4-2 and nail down second place in Group B.

Spurs' comeback began with a goal by Dele Alli in first-half stoppage time and the hosts were by far the better squad in the second half, as captain Harry Kane scored a brace and Serge Aurier contributed another goal.

The Group B leaders, Bayern Munich, pounded Red Star Belgrade 6-0 to pull 5 points ahead of Tottenham. The German club started the second half up 1-0 on Leon Garetzka's goal and Robert Lewandowski exploded for four goals in the space of 15 minutes before Corentin Tolisso added a sixth in the final minute of regulation.

Man City will advance as the top team in Group C despite dropping points at home Tuesday in a 1-1 draw with Shakhtar Donetsk. Ilkay Gundogan put the hosts ahead 1-0 in the 56th minute, but Manor Solomon equalised for the visitors 13 minutes later.

City, with 11 points, are 5 points clear of Shakhtar, who now face a dogfight with Dynamo Zagreb (5 points) and Atalanta (4) for second place in the group.

Atalanta topped Dynamo 2-2 in Tuesday's other Group C contest. Both of the goals came on penalties.

Juventus took definitive possession of the top spot in Group D with a 1-0 victory Tuesday over Atletico Madrid. Paulo Dybala scored the goal on a free kick.

Atleti, with 7 points, are just 1 ahead of Bayer Leverkusen, 2-0 winners Tuesday over Lokomotiv Moscow.

The Colchoneros, however, control their own destiny and can be sure of qualifying if they beat Lokomotiv in the final group match at Madrid's Wanda Metropolitano.