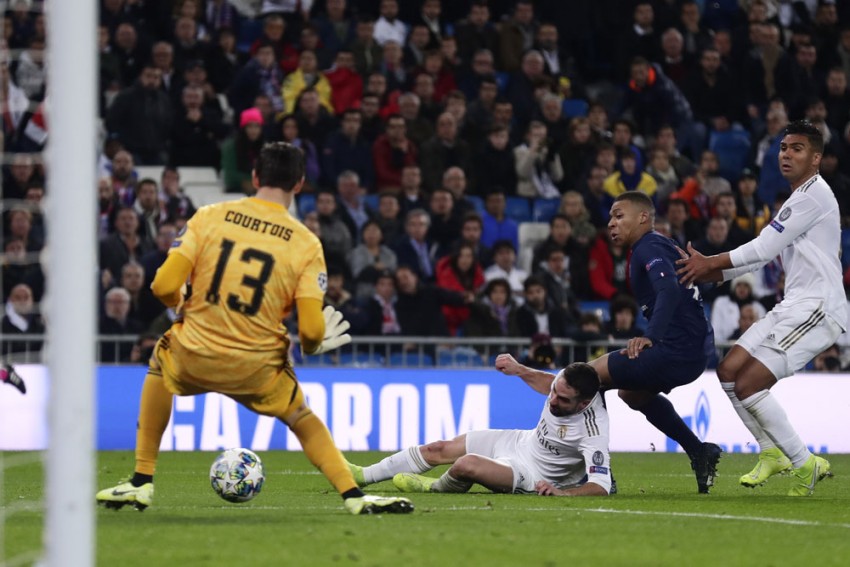 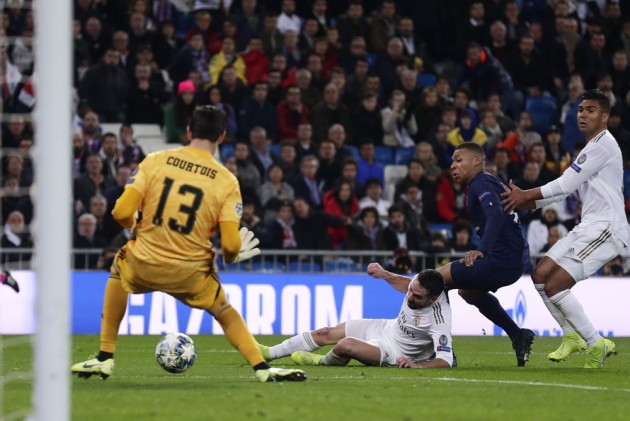 Thibaut Courtois had a red card overturned after VAR controversy reared its head towards the end of the first half of Real Madrid's UEFA Champions League clash with Paris Saint-Germain. (More Football News)

The Madrid goalkeeper was given his marching orders for wiping out Maura Icardi as he raced through on goal, with referee Artur Manuel Soares Dias awarding a free-kick despite the incident appearing to take place in the penalty area.

It seemed VAR was checking to see if a penalty should have been awarded but the review then went back even further in the move to check for a shove on Marcelo by Idrissa Gueye.

Half-time in Madrid with the home side up 1-0. #RMPSG pic.twitter.com/vwHngJRruT

Eventually, it was deemed that incident was a foul, leading to Courtois' red being chalked off and Madrid protecting a 1-0 lead they had gained through Karim Benzema.