Salman Khurshid Backs M Mallikarjun Kharge, Says He Was A ‘Candidate Of Continuity’

Congress leader Salman Khurshid also said he has no opinion at all when asked if he favours consensus as the last day for withdrawal of nomination is not over.

According to the court, considering the fact that there were eight candidates in the fray, the claim of the petitioner to declare him an elected member could not be denied for the reason that, after the first... Former Madhya Pradesh CM Digijaya Singh said yesterday, 'I am seriously considering filing a nomination, but haven’t taken a final decision. I will arrive in Delhi tonight and take a final call.' 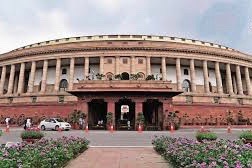 Vice-Presidential Polls: The scrutiny of the nomination papers will be done on July 20 and the last date for withdrawal of candidature is July 22. Shashi Tharoor's close aide Aalim Javeri collected the forms from the office of the party's central election authority chairman Madhusudan Mistry at AICC headquarters in New Delhi on the first day of the start of the... As many as 115 nominations have been filed for the July 18 presidential election, including that of NDA nominee Droupadi Murmu and the combined opposition candidate Yashwant Sinha.