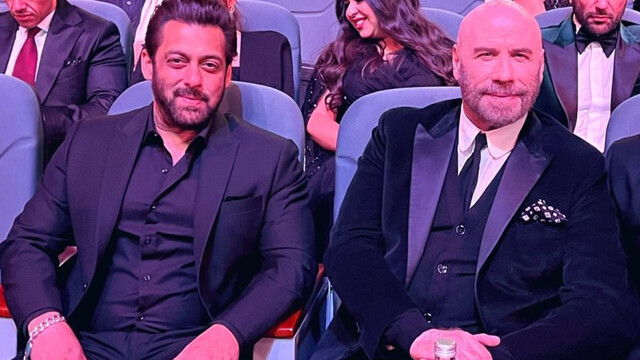 Salman Khan received the Personality of the Year title during an award event in Riyadh, and he also met American actor John Travolta.